Nothing Is Wrong: Women, Mental Illness, and Medication

At fourteen, my pediatrician prescribed me Lexapro to help with unwanted anxieties and trouble focusing, which began when my father was diagnosed with Stage 4 cancer that year. She told me that the meds wouldn’t change my personality, and they didn’t, at least not in any way I could identify then or now. My father died two years later, and I continued to take Lexapro. I saw a therapist briefly during my father’s illness but decided that it wasn’t especially “useful,” and didn’t seek help after his death.

It wasn’t until college that I ran into trouble with medication. During time off, I traveled in Italy with a friend and we found ourselves farming in Sicily. Our host family maintained a vegan diet and used no oil, sugar, or salt. We had no access to alcohol and other vices, and the only caffeine was green tea. I felt amazing, and my nineteen-year-old self logicked that if my father had died three years ago, if I was feeling happy and healthy and in control, then I had no more use for Lexapro. I stopped taking it.

A week or two later, my traveling companion and I went our separate ways and I began to fall apart. I spent two days alone in a hostel in Barcelona before going to see friends further south. Absolutely nothing was wrong, in fact, I was in a dreamed-of scenario of freedom in a foreign country. I could barely move. I cried, I called my mother, I cried, I lay in my bunk, I cried. I read the copy of Les Miserables I’d been traveling with. Finishing the book was its own crisis, true abandonment. I hated myself thoroughly for this incomprehensible and irrational breakdown, and for the replacement of confidence and excitement with sheer terror. In defeat and desperation, I started taking the meds again.

I repeated this cycle of taking medication and quitting flat-out several more times, each time telling myself that I had grown beyond the need for medication and that I was strong enough to cope in other ways that were less scientifically elusive to me, that involved a more understandable “action” than swallowing a pill. The third and last time, during my senior year of college, hit the hardest. Getting out of bed was extremely difficult, and I returned to it at every opportunity. I cried frequently and publicly, chain-smoked, wore the same clothes for days, and had difficulty speaking. Articulating thoughts was nearly impossible. Again, in desperation, I returned to medicine.

It is a challenge to express the absurdity of the school’s psychiatrist. He was a very large (tall-large, not obese-large) middle-aged white man with a name that sounded vaguely like a more colorful sex act. He was inscrutable. I met with him for twenty minutes and answered very personal questions. Some were about my tangible day-to-day, my vices, my sex life, and some were more esoteric, even more personal: tell-me-what-your-brain-is-like-in-five-minutes-or-less-go. When I left, I was armed with new prescriptions for Ativan and Zoloft.

Sitting in that psychiatrist’s office, I felt, viscerally, that I was stripped of the tools I’ve gathered and sharpened for use in my adult life. I felt like a child. It wasn’t the fault of the doctor, there simply was no room for things like fierceness, poise, anger, or intelligence in that scenario. It wasn’t just me, though. Two of my close female friends also visited and received medication from the same doctor, sat in that same stupid office. The three of us swapped accounts, peppered with lewd sex humor and hypothesis about his personal life. The underlying current, though, was that we had solidarity in our bizarre, semi-humiliating experience, and that this man couldn’t possibly understand our brains or our lives. And we all had the same question: am I actually crazy?

It is, of course, a challenge for one person to decide whether or not they’re “actually crazy.” But when there were three of us, all with very different life experiences, we were in a club of sorts–we were “crazy” but that was normal. And if there were two people close to me who had a shared experience of medication, it seemed that there must be others around campus, too. Maybe they could contribute to the electric solidarity, too.

After graduating, I visited a new psychiatrist on my own accord in attempts to get the ball rolling on quitting medication, the proper way. Instead, she suggested I up the dosage of my Zoloft, which I complied with. I don’t know why–again, a moment of defeat, again hope in the authority of…authority. Months later, I let a prescription run too low. I left her a message explaining that I needed a refill, ASAP. When she didn’t reply, I went to her office. The whole practice had moved. The gentleman furnishing his new space took a kind concern for me, leaving a message with the center’s director. How to say, “Oh thank you, I’m actually fine, I have my wits about me, except I guess it’s pretty important that I do get my medicine?” That evening, a co-worker looked online to see about buying meds from Canada, which made me smirk – who was I again? Eventually, I got the prescription I needed from a kind doctor at a walk-in clinic.

I was turned down on my first application for health insurance. I was not granted a life insurance package that would drastically reduce my car insurance, because of one doctor’s inability to supply the proper paperwork. It seems that, on paper at least, I’m crazy, a loose cannon. In real life, I continue to take medication, and am again trying to line up the resources for weaning off in a smart, supported way.

Obviously, my own narrative is important to me, but what continues to tempt me are questions of how my story fits into a bigger picture of women and behavioral medication in the U.S. Symptoms brought on by the illness and death of my father were treated with medications whose management and mis-management propelled my journey down a rabbit hole of depression. In his work Anatomy of an Epidemic, Robert Whitaker asks what if we “uncover a history of a different sort – a history that shows…that psychiatric drugs are in fact fueling the epidemic of disabling mental illness – what then?” The dialogue that emerged for me was not about my father and grief, but about my own mental health – a laboratory for experimenting with how “crazy” I really was. Medco Health Solutions has reported that in the U.S., women are twice as likely as men to use anxiety medication, and that one in four women take some form of behavioral drug. Does that mean that 25% of American women are working in the same laboratory as me, monitoring their moods with vigilance and wondering why they need medication, or if they need it?

Writer and art historian John Berger wrote in his Ways of Seeing, “Men look at women. Women watch themselves being looked at. This determines not only most relations between men and women but also the relation of women to themselves. The surveyor of woman in herself is male: the surveyed female.” The statement is overly simplistic, but I find its hypothesis of a generally heightened self-awareness (the dreaded “overthinking”) in women to ring true. I have begun to discuss trains of thought pertaining to emotion, to identity, to life choices, with male peers trained in the “hard” sciences. I explained the logic behind a particular social choice – my friend batted his hand: “That’s too complicated.” But he didn’t really mean it was too complicated, he meant it wasn’t worth the time to think about it. It was a question of value. No wonder women are “crazy.” It seems like self-awareness and multi-perspectivalism is socially produced, internalized, and then dismissed and devalued once it’s spoken aloud.

Female “madness” serves as amazing fodder for cultural production, popular and otherwise, which would suggest that there is ample dialogue on the matter, among women and men alike. The Rolling Stones released “Mother’s Little Helper” in 1966, and Mad Men nodded to the trope of the depressed fifties housewife in Season 1, when Betty Draper experiences numb hands – a metaphor of agency? – at the peril of her and her family, and is told by a psychiatrist that this is a symptom of psychosomatic stress.

The 2011 period film Hysteria was made about Mortimer Granville’s invention of the first electric vibrator as a tool used to cure female “hysteria” with orgasm. It was a romantic comedy starring Hugh Dancy and Maggie Gyllenhaal. I couldn’t muster up the gumption to watch. I did however, more recently, scramble to see Steven Soderbergh’s alleged last film Side Effects. Its more serious tone and implications of Big Pharm fishiness piqued my interest. What I saw was a film in which a young, beautiful white woman played by Rooney Mara was first the victim of depression, then (perhaps) the victim of the anti-depression medication prescribed by her Jude-Law-psychiatrist, and then in a quick pivot, this same young woman was actually a lesbian con artist scheming with her psychiatrist-cum-romantic-partner Catherine Zeta Jones to screw over Jude Law and take all the money one can get with such a plan. But don’t worry, the scheming lesbians get what they deserve: CZJ is tearfully handcuffed and taken away, and Rooney Mara is imprisoned indefinitely in a psych ward where she is forced to take very heavy doses of some or another form of tranquilizer. I left the movie theater sickened at the haphazard management of the topic, or rather, the use of a topic that is a reality for entirely superficial purposes–you’d think I moved to LA yesterday. Side Effects resolves itself with Jude Law driving off with his beautiful wife and son in a large black SUV. I hope I spoiled it for you.

So where’s the real conversation about women and medication? It is not “good” to be the girl who struggles quietly with vague issues that people seem to know about, nor is it “good” to be the hot mess, the fucked-up chick with a penchant for substances, no matter how many songs are written about that girl. There is a void between the sensationalized caricatures of disaffected modern women and the real women who quietly struggle with common diagnoses that pathologize their internal state, and who weigh the pros and cons of medication.

The stigma of privilege has a lot to do with women’s silence around meds. Affluent, educated women know that they have no right to complain about their lot in life. Indeed, to spend so much time ruminating on one’s own psyche is an indicator of ample resources and leisure. Nothing is wrong, we say. I have everything anyone could want, my problems aren’t so large, it’s not a big deal. This line of thought can be dangerous, because the person devalues their own experience. They exist as a “failed subject” in a privileged medicalized world, and should do their best if not to hide this failure, then at least not to complain about it. But if nothing is wrong, why do we need to be medicated? Am I actually crazy?

Resources, or, Some Great Stuff for Considering Alternative Models of Mental Health:

The Icarus Project
Depression: A Feeling, by Ann Cvetkovich 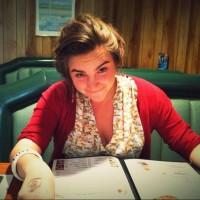 Rachel Elizabeth Jones is a reader, writer, and filmmaker who lives and works in Los Angeles. She recently graduated with a Masters degree in ethnographic film, and you can learn more about her work and projects at www.rachelelizabethjones.com.