Something Rotten in the State of Sweden

“I know who held the knife, but they might as well have put it in his hands,” wrote the mother of Jasmine, a 27-year-old woman who was murdered on 11 July by her former partner. “They” here refers to the Swedish state, which had removed Jasmine’s children from her home within hours of learning that she was a sex worker. Custody of the children was awarded to the man who subsequently killed her.

As his aggressive behaviour escalated, Jasmine’s appeals for help were ignored by social services until social workers experienced his violence themselves. Because of her sex work, she was considered to be committing ‘self-harm’, ‘romanticising’ the sex industry, and unable to identify her own best interests. This unnecessary focus on her profession obscured the actual threats to her safety.

For Jasmine’s friends, colleagues, and allies, it is impossible not to link this tragedy to Sweden’s ongoing campaign against the sex industry. Since 1999, numerous measures have been employed to try to eradicate sex work under the guise of preventing violence against women. The most publicised measure is the criminalisation of sex workers’ clients, which the authorities have aggressively marketed to other countries. While research time and again has shown that this approach has not been as successful – or as harmless – as its proponents claim, the other legal measures in place also merit scrutiny.

Prohibitionist campaigners frequently portray Sweden’s stance on sex work as progressive, and assert that sex workers themselves are not targeted. The sale of sexual services remains legal, while their purchase is ostensibly the focus of law enforcement. They’re painted as victims to be pitied and rescued. Official attitudes to sex workers are broadly parallel to ‘love the sinner, hate the sin’ – we care about them, we just dislike the activity they’re engaged in. And as with religion-cloaked homophobia, this distinction makes little difference to those on the receiving end.

Sex workers who do not recognise their own victim status are considered to be suffering from false consciousness, and that’s the category the authorities assigned to Jasmine. The spread of this attitude led to the denial of the support and justice she deserved. In the words of her friend and fellow activist Pye Jakobsson, “They want to save us, but they punish us until we are willing to be saved.” And so, placing children with a man with a history of violence was considered preferential to leaving them with a woman who worked in the sex industry.

It shouldn’t even need to be pointed out that legal efforts to destroy the sex industry inevitably affect the lives and work of sex workers. Sweden’s extensive set of laws and restrictions include the forfeiture of rental flats and rooms used for sex work, the forcible placement of sex workers under the age of 21 in state care, and the denial of entry to foreigners with residence permits if they are suspected of sex work. Police stake out sex workers’ homes and workplaces, clandestinely film them, and subject them to invasive searches. Sex workers are often forced to testify in court, but have the rights of neither victim nor accused.

Because the tax office will not accept sex work as a business, sex workers are compelled to lie, running the risk of missing out on social insurance benefits or of receiving arbitrarily inflated tax bills. And health services, counselling, and further education available to sex workers generally require a commitment to exiting the sex industry.

All of the above obstacles operate in tandem with the criminalisation of clients, which brings still more perils to sex workers. With some clients deterred by the legislation, the remaining ones are in a better position to haggle for cheaper prices, with the result that sex workers may actually have to do business with more clients in order to make ends meet. (To those commentators who view all sex work as compensated rape, this should surely be cause for concern.) Afraid of attracting police attention, it’s the clients who set the terms of where business will take place, leading sex workers to operate from more isolated and dangerous locations. And when there are fewer clients to choose from, the most desperate sex workers will be targeted by those seeking services which would ordinarily be turned down. Such conditions are ideal for predators, and with peer support networks disrupted by excessive police surveillance, sex workers are less able to organize with one another, missing out on opportunities to share crucial safety information.

The Swedish government’s official evaluation of the laws, published in 2010, declared that the negative effects reported by sex workers “must be viewed as positive from the perspective that the purpose of the law is indeed to combat prostitution.” By this logic, anything which makes sex workers’ lives harder is fine. The authorities’ commitment to tackling violence against women is seriously called into question by this callous statement. And given that one of the report’s overt aims was to present the Swedish model as successful, this evaluation is incompatible with ethical standards of research.

As an unrepentant sex worker, Jasmine was punished by the state, and the lack of support provided to her in the face of violence was eerily reminiscent of a clip from the documentary Könskriget. In it, a female reporter is threatened by Gunilla Ekberg, one of the most prominent advocates of the Swedish model and, between 2002 and 2006, the Swedish government’s special advisor on prostitution. The subject matter is not sex work, but, taking exception to the reporter’s questions, Ekberg cautions her, “Don’t ever expect any help at a women’s shelter […] That’s what happens when you betray us.”

Now, more than ever, it is crucial that we challenge the propaganda disseminated by the Swedish authorities. What’s happening in Sweden is being exported to other countries, with both left- and right-wing organisations enthusiastically embracing the ideology. Norway, Iceland, Lithuania, South Africa and South Korea have all taken on the criminalisation of clients; an effort to introduce it in Scotland was recently defeated; and Ireland and the Philippines are among those countries currently looking to Sweden for inspiration.

There is a curious lack of consultation of sex workers whenever the Swedish model is promoted: either they are entirely missing, or carefully selected former sex workers who back up the official line are the only ones who are allowed to speak. Journalists and politicians seem either oblivious to, or unperturbed by, this absence, but readers and voters can still hold them to account, questioning who is left out of the picture and why. In the words of the Philippine Sex Workers Collective:

It is time to tell the world that only sex workers could speak for sex workers. It is going to be an uphill battle against the well-oiled and well experienced machinery of the abolitionists (the feminists, the church and the government). But it is our lives, the sex workers, not theirs that they are legislating.

This goes beyond arguments about choice and empowerment, about consenting adults and privacy and who gets to be an expert on their own experiences. It’s about harm reduction, an approach which takes into account the full spectrum of sex workers, from the most empowered to the most vulnerable, and prioritises their safety and their access to appropriate support. The Swedish model fails sex workers on multiple counts, and its supporters’ reluctance to face up to this is not good enough.

Those who claim to want to help sex workers must actually listen to their voices, and this includes bearing witness to the abuses committed against them by the state, rather than subscribing to a conservative and overly privileged expectation that increased policing will be beneficial to them. Legislation needs to be based on better foundations than hyperbole, glib sloganeering and misleading research.

Jasmine was an activist, passionate about sex workers’ rights, a loving mother and by all accounts a thoroughly decent person. To honour her memory, and to ensure that no woman is so mistreated again, we must be both vigilant and vocal in exposing a system that persecutes sex workers in the name of the greater good. 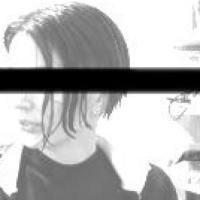 Nine is a freelance writer, editor and international pet sitter, who previously worked at a support project for sex workers. She also DJs, makes zines, and uses Twitter.