Three months before release: Affix blurry, incomprehensible band posters to bus shelter ceilings across the city. Some posters will feature a tiny QR code in one corner. When scanned by a smartphone, the code brings up a website containing three riddles about the band. Solve all three, and that night a brick is thrown through your bedroom window with a thumb-drive taped to it. That thumb drive contains the name of the new album’s super-secret hidden track, as an anagram.

Two months before release: Steal a department store mannequin, fill with lime gelatin and dump in a lake just outside the city. Hidden inside the mannequin’s torso is a fortune cookie stuffed into an empty pack of Marlboro Lights and sealed in ten layers of plastic wrap. Printed on the fortune is the call sign for a radio station on which the band plans to mention the new album during an upcoming interview.

Six weeks before release: Tape a baggie of magnetic letters beneath an outdoor stairwell in the neighborhood of each band member. The letters can be arranged to spell out the title of a lesser-known Dostoevsky novel, which is also an encoded phone number. If the finder cracks that code, calls the number, and gives their home address to the person who answers, they will receive a band T-shirt in the mail. (Size M no longer available.)

One month before release: Sew 28 individually-wrapped slices of American cheese into the lining of a rented tuxedo jacket and drape it over a parking meter. In the breast pocket of the jacket is the key to a storage unit located somewhere downtown. Inside the storage unit are the lyrics to an earlier version of the new album’s breakout fourth track translated into German and cross-stitched on a scented throw pillow. Stuffed inside the throw pillow are the rented tuxedo pants, which have been dipped in wax (the song was initially called “Candle Pants;” the final version is called “American Cheese Jacket”). Note: Do not expect your deposit back from the tuxedo place.

Three weeks before release: A dozen specially marked (with a Sharpie) boxes of Cap’n Crunch in several local supermarkets will contain a lock of human hair tied with a purple silk ribbon. Googling the phrase ‘purple silk ribbon’ (which was almost the title of the new album until the band went with something else) will pull up directions to the field behind a gas station in New Jersey. Hidden under a rock in this field is a coupon for $1 off the new album. Good for online orders only.

Two weeks before release: Commission art-school dropout friend to spend the afternoon in the middle of a walkway in a busy park, painstakingly drawing an 8’x10’ mural depicting his interpretation of the cover of the forthcoming album in sidewalk chalk. Artist will yell and wave his arms threateningly at anyone who approaches, asks him what he is doing, or attempts to get a good look at this version of the album cover (which is top secret). When the drawing is complete, he will slowly and carefully wash it away by urinating on it. Upon his arrest, he will write a local phone number backwards across his forehead in ink so that it is clearly visible in his mug shot. If the owner of that phone number calls the band’s press agent, he will receive a photograph of the drummer’s younger sister, taken on her prom night, which has a set list from the band’s 2011 show in Montreal scribbled on the back.

Ongoing: A diagram has been tattooed across the back of a local bicycle messenger who is spending his summer riding around the city shirtless. It can be used as a guide to determine how full to fill five glasses of water so that when they are struck in a certain order you can hear the opening bars of the new album’s third-to-last track, which is a cover of Wilco’s “She’s a Jar.” The bicycle messenger has also been instructed to hand out novelty light-up keychains.

Ten days before release: Bake a batch of sugar cookies and decorate them to resemble the characters from a one-act play by a little-known but beloved Swedish-Eritrean playwright and activist that is referenced in two of the songs on the new album. Post photos of these cookies on Instagram and ask fans to guess who they are. Ten minutes later, take the photos down in a hurry and gorge on the cookies in a deeply embarrassed rush. Never tell anyone that you did this.

One week before release: Fourteen barefoot men in corduroy overalls with lime-green painted toenails will be stationed on select streetcorners. Each day these men will each choose an individual at random to follow home, where he will use a pen knife to carve the lyrics from the chorus of the album’s opening track into the wall inside their front door. These lyrics will offer a clue to a secret password. If it is guessed correctly, the individual will receive a relaxing shoulder massage and backstage concert passes for them and a guest. (Passes not valid for sold-out shows.) If they guess wrong, they will receive a brutal wedgie.

Day of release: Volunteers will distribute flyers advertising the new album outside participating Guitar Center stores, but not to anyone wearing, like, a suit and a tie. 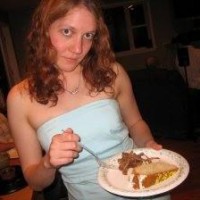 Molly Schoemann is a writer from NYC who currently lives in North Carolina. You can find more of her humor and satire at her website or by following her on Twitter.