Do Trans People Have a Responsibility to be Out?

The Toast’s archive of trans* related stories can be found here.

During the course of his reporting, Hannan uncovered inconsistencies within Vanderbilt’s official backstory. Some of these were germane to the story, like the fact that the impressive work and education credentials touted by Vanderbilt appeared to be fabrications. The other discovery was irrelevant, invasive, and irresponsible for any media outlet to print without the expressed consent of the subject: Vanderbilt’s consciously-hidden history as a transgender woman.

Hannan published both the germane and irrelevant information, framing these facts as part of a larger fraud. Prior to publishing, Vanderbilt committed suicide.

Being transgender is not a form of fraud or deception. In fact, calling a transgender person fraudulent couldn’t be further from the truth. I am a transgender woman, and I’d like to say, I am authentic, and I am human. My fraudulent years were the ones in which I was trying to suppress the person that I was, the years that I tried so very hard to just “be a guy.” That was fake, but now I’m free. I imagine that Vanderbilt sought that same sort of freedom.

I am an openly transgender woman. I embrace this fact, and I’ve made a conscious decision to share this detail about my personal history with the world. It was my choice, and mine alone, bringing with it all of society’s misconceptions, institutionalized discrimination, and threats of physical harm. I felt it was important for me to step forward and try to confront some of these larger issues. The decision to come out as transgender was extremely personal.

While I never met Vanderbilt, I can relate to what she must have gone through, agonizing over whether it was safe and healthy to be out as a  trans woman. On one hand, by being open about one’s past, you can speak freely about your experiences. On the other, significant challenges await those who are open about their trans status. Both choices, to be openly transgender or to remain “stealth,” are equally valid.

What are some of the challenges associated with being open, and how might that have impacted Vanderbilt’s decision to remain an extremely private person? For one, it’s physically, financially, and emotionally dangerous to be openly trans. According to a report released by the National Center for Transgender Equality and the National Gay and Lesbian Task Force, transgender people face significantly higher rates of assault, harassment, homelessness, and job loss. Transgender people are four times as likely to live in a state of extreme poverty, compared to the general population. 90 percent of trans individuals have reported being the subject of workplace harassment, and the unemployment rate for trans people is nearly twice that of the national unemployment rate.

Additionally, right around the time Hannan was reporting on Vanderbilt, the Arizona state legislature was considering a bill that would criminalize the use of public restrooms by transgender individuals. Being from Arizona, herself, and being forced to hear public officials engage in debate over the authenticity and humanity of people like her, I can empathize with the anxiety and stress she must have endured.

According to the National Center for Transgender Equality, nearly 41 percent of all transgender people will attempt suicide at some point during their lives. Knowing this statistic, I find it extremely hard to deny anyone their right to minimize their own exposure to conditions that may lead to self-harm. If, as is the case for many stealth trans people, remaining anonymous to the world is what’s needed to do that, then by all means, they should follow that course.

I can provide first-hand information on what it’s like being openly trans. I watch this play out on a regular basis. I may meet someone, whether it be a co-worker or acquaintance, and be treated with the same casual attitude I imagine they treat everyone. Then, should they find out that I’m trans, conversations start to take odd turns. Suddenly, the topic of my genitals becomes fair game in their minds. Suddenly, they feel the right to ask what my “real name” is. Suddenly, pronouns start slipping, and I find myself called “he” by these people who had just been referring to me as “she” five minutes earlier. Suddenly, I’m no longer a human being, but rather a biological freak show.

Is that something you’d like? For every conversation to veer away from you as an individual and to instead focus on one singular part of your history? As a writer, as an author, as an activist, this is a choice that I have made for myself. I am willing to endure the awkward questions, the stares, the misgenderings, and the gawking. I do this in an effort to urge society to come to terms with the fact that transgender people are just like anyone else. I do this because I choose to. Essay Vanderbilt did not choose to put her trans status front and center, and taking that from her is not journalism, but rather a betrayal of her right to privacy.

Transgender people want is to be held to the same standards as everyone else, treated with dignity and humanity. My hope is that in the wake of this tragic story, an illustration of what happens to those whose right to privacy is denied, we can come to better understand the inner struggle that comes with being transgender. Until issues surrounding employment, housing, and medical discrimination comes to an end, and until society begins to accept us for who we are, how can you mandate this level of openness? 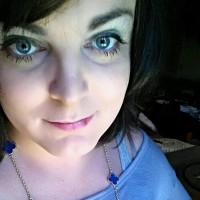 Parker Marie Molloy is the founder of parkthatcar.net. She currently serves as the trans issues correspondent for Advocate.com, and her writing has appeared at Rolling Stone, Salon, Talking Points Memo, and Huffington Post.