Against Playing the Short Game: In Defense of Art History

As a current PhD student in Columbia University’s Department of Art History and Archaeology, I had some thoughts upon hearing the remarks President Obama made during last Thursday’s speech in Wisconsin, as reported by Politico:

The president highlighted the benefits of vocational training, joking that it might serve young adults better than a degree in art history.

“Nothing wrong with art history degree,” he added. “I love art history. I don’t want to get a bunch of emails from everybody. I’m just saying, you can make a really good living and have a great career without getting a four-year college education, as long as you get the skills and training that you need.”

I imagine his tone here was light-hearted and populist, and I’m guessing that the choice to name art history specifically was probably spontaneous. Still, his remarks are being taken seriously: the College Art Association (the professional network of artists and art historians working in American academia) has already put out a call to flood the White House with emails. Others have pointed out that the art world is a considerable part of the American economy, and that art history majors, unlike, say, philosophy majors, graduate with skills that directly translate into jobs at places like galleries and auction houses (though I would retort that too many of these jobs are part-time or low-paying, and most of the economic value generated by the art world really goes to the 1%.) Frankly, I don’t think any of the responses I’ve seen offer a particularly compelling defense of art history, especially on economic grounds.

Let me preface my own response by saying that for the past few years, I’ve been teaching Columbia’s Core Curriculum class “Art Humanities: Masterpieces of Western Art,” commonly known as “Art Hum.” Every undergrad at Columbia College—presumably including President Obama—has had to take a form of this visual literacy class since 1947, though its roots go back to the foundation of the Core in the 1930s. Admittedly, the class is notorious; I once heard from a source in the Core office that upon graduating, Columbia seniors report that Art Hum was the most expendable of all their classes. In a follow-up survey decades later, however, Columbia alumni report that the class that has had the most impact on their lives is…Art Hum. Though perhaps apocryphal, this story is great material for the first day of class each semester: “You may hate this now,” I tell my students, “but just wait thirty years, and you’ll thank me.”

The joke works because my students don’t hate Art Hum.  I think this is partly because at the start of every semester, I explain to them why the class matters. Now, I never imagined I would want to deliver the same lecture to the leader of the free world…but I also never imagined he would make my discipline—and implicitly the humanities in toto—a foil in his rhetoric on job training and growing the economy.

Before I articulate my reasoning, let me acknowledge that higher education is broken. Teaching young people that a four-year degree is the only avenue to success—irrespective of the cost, their job prospects, or the state of the economy—has begun to create a large population of Americans who are indentured to their educational debt for the rest of their lives. (The problem here is the rising cost of a college education, as many people more knowledgeable than I on this issue have discussed in a range of public forums.) But I’m concerned that encouraging students to pursue their short-term economic needs over the enrichment of a liberal arts education (however diluted and problematic the liberal arts model has become) will lead to a deeper entrenchment of class divisions and the further erosion of the American dream. Conveniently enough, a recent report adds to the evidence that a liberal arts education is still the best way to maximize your long-term earning potential.

I am not insensitive to the fact that eschewing a pre-professional or vocational training program for a liberal arts education is almost always an economic privilege, and that inversely, short-term financial imperatives are what compel most young people into, say, skilled manufacturing. Who am I to tell someone that taking out loans while also forgoing a full-time income is the right choice for them? (Admittedly, I’m reminded of the advice I once heard about getting a doctorate in the humanities: if you have to pay a lot to get your degree—that is, if you’re not funded by your school or independently wealthy—it’s never worth it.) But if we’re debating how to encourage economic mobility—which is what President Obama’s comment was really about—why should we discount the importance of the arts, when we know how closely financial and cultural capital are intertwined?

To wit: The leaders of Columbia still think a knowledge of the arts is important enough to make it a requirement for all the future leaders that pass through its halls. Why can’t we offer that same opportunity to everyone, while acknowledging the reality of economic inequality? Maybe President Obama is right that majoring in art history or another liberal arts field isn’t for everybody—but wouldn’t it be a powerful expression of the democratic ideals of this country if we expected everyone, no matter their background or employment future, to at least be exposed to the humanities in a few classes? (I suppose high schools used to provide a kind of universal education in the humanities, but I think they might be too busy teaching STEM courses and preparing students for standardized tests to do that work well now.) Do we really want to tell some people—especially ones from the least privileged backgrounds—that we have so little faith in their economic prospects, that we won’t even hold them to the same standards we hold students aspiring to middle-class white-collar jobs? Why make immediate economic gain mutually exclusive with the acquisition of the cultural capital that can open more doors for more students in the long run?

Whether we like the culture of the economic elites, and really want to encourage people to participate in it, is a very good question that has to be asked. In Art Hum, I certainly try to help students see how high art normalizes and perpetuates assumptions about, for example, gender and race, with real-world consequences. But again, Obama’s comment was about helping people achieve economic mobility, and like him, I’m working under the assumption that our priority is for more people to become economically and socially enfranchised, because not having food or housing or health insurance are real problems–and besides, I think the only way we can change hegemonic culture is from within.

In a nutshell, an education in the humanities gives students access to cultural capital (among its other benefits, like enriching our lives), while the four-year liberal arts degree provides the learning skills that increase a student’s long-term earning potential. A degree in art history—or even just a class—offers these same economic advantages, and also has a specific value of its own: though our world used to be dominated by the dissemination of text, our society is increasingly dominated by visual modes of communication. In the coming years, it’s likely that visual literacy will become a key skill, alongside textual literacy, for workers throughout our economy. This is why it’s important for President Obama to understand that art historians don’t simply teach the historical development of artistic styles; more critically, we teach people how to look at images. I don’t think he would make a public statement against teaching our children to read…so why should he implicitly ridicule teaching people how to read images, when images are now as important as text in the construction of our common culture?

It’s especially worrisome for a politician, of all people, to casually dismiss the very field most responsible for training American citizens in visual literacy (now that the arts are all but banished from high school curricula). Political campaigns and culture wars alike are now waged through images as much as through soundbites—just ask Michael Dukakis. An informed electorate has to know how to decode visual information: not just art history majors, but all Americans, should learn how to read images. In other words, I want to tell everyone in Obama’s audience in Wisconsin the same thing I told my Art Hum students last month, on our first day of class: Yes, your education should be a stepping stone to your career. But while you’re here, I also want you to learn to look, so that you can become more responsible citizens, and help make this country one I actually want to raise kids in someday. No pressure! 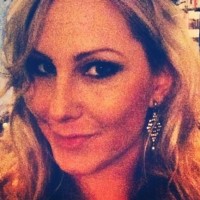 Tina Rivers is an art historian specializing in modern and contemporary art. In addition to her scholarly publications, she writes criticism for Artforum.com and is a featured blogger on Artsy.net, and regularly lectures on art around the country through One Day University.