On Hild, Female Readers of Genre Fiction, and Not Being Game of Thrones

This piece was brought to you by Michael Roston.

If you are a female reader of genre fiction, you have probably gotten used to being dismissed. You are dismissed within the narratives of the stories you love, which all too often cast you as a lover or a witch, a virgin or a crone, a sexy plot-device on two long, supple legs; you are dismissed by half of the people who share your interests under the maddening label of fake-geek girlery. (Unless the genre you prefer is romance or young adult, in which case everyone dismisses you out of hand, because those are frivolous kinds of books for frivolous kinds of people, aka women, specifically young ones.)

The good news is that Nicola Griffith’s Hild is the book you’ve been waiting for, the one that has room for you in it: it’s long and smart and beautiful, set in a world so old that the languages and tribes feel supernatural in their distance from our own, and it’s expansively, gloriously, breathtakingly feminist, nearly six hundred pages of story about women that takes them and their complex, active lives seriously. It’s nominally about the woman who would become St. Hilda of Whitby, but the story covers only her early life, long before her eventual martyrdom. It’s not a catechism; instead it’s an exploration of the confluence of political power and mystical belief, and the way that a clear-eyed storyteller can shape her world and the world of those around her.

I love Hild—I have been singing its praises with obsessive fervor since this summer—and I want it to sell. So it’s hard to hate the marketing campaign that relentlessly compares it to Game of Thrones, even though it’s a comparison makes me want to die. I understand why it makes sense to start there: GOT has been a huge crossover success, theoretically because, per everyone’s imaginary boyfriend Ben Wyatt, “they’re telling human stories in a fantasy world.” It’s gotten a lot of people who don’t think they’re interested in fantasy to read thousands of pages of knights bearing standards going off to fight dragons and wights and walkers; the idea is that by invoking its name we’ll trick the reading public into taking on historical fiction, now, too.

But the best thing about Hild is that it’s nothing like Game of Thrones, and that, in fact, it succeeds in telling human stories—as it happens, women’s human stories—in a historical world, in a way that Games of Thrones resolutely does not.

Don’t get me wrong: I enjoyed the hell out of Game of Thrones. I am a high fantasy dork from way back, and one of my favorite side effects of its popularity is how it’s flushed Wheel of Time-reading friends out of hiding, all of us commiserating about the pain of loving something that just. won’t. end. But it is an absolute cesspit of rape and misogyny;

Sady Doyle made a handy list of every incidence of nastiness towards women, and I am deeply grateful to her for it, because now I don’t have to.

Suffice it to say: those are not human stories. They are stories about bodies, and ancestors, and the icons on standards carried into battle. They are stories about politics and monarchy and the will to power. George R. R. Martin’s books use people like playthings, like chess pieces on a black and white board. They do not develop character, and they have no interest in the fabric of everyday life.

Hild, on the other hand, takes a very literal interest in that fabric: Hild is born to a mother, Breguswith, who, like most high-class women of the time, is a weaver. The action of the loom is the metaphor by which Hild comes to understand the world: warp and weft, currents coming at one another from all sides and uniting to create the fabric of her universe. If you don’t know how to weave, cloth looks like a single unit, a cohesive and unbreakable surface. It’s only by studying the process of its creation that you can come to manipulate the strands, and change the picture that the pattern creates.

Breguswith teaches Hild this lesson over and over again: Hild is the daughter of a murdered king whose brother now holds power, and who’s favor she must curry without ever seeming to threaten his rule. So Hild becomes first his seer and then his Fist, and she does this by paying very careful attention to the smallest and most mundane things in her world. She learns the lessons of the loom, and of her mother’s work as a healer: women’s stuff, theoretically minor. She studies the natural world minutely. She uses all of this keen, careful observation (plus her own unerring intuition) when she advises the king, and on her wisdom armies fall and an empire rises.

But this isn’t some behind every great man kind of thing, an attempt to argue that women are controlling men’s actions whether they know it or not; instead Hild has a clear-eyed vision of the way in which even a world that seems, to us, impossibly divided by gender was of course mixed and complicated. Women shear sheep, wash the wool, card it, spin it, weave it into cloth. Men—kings—wear it when they ride through their territory, to flaunt their wealth, to subdue nascent rebellion. We call it women’s work and men’s worth, but that’s just another way of saying warp and weft. Without the both of them it’s just so much loose thread.

Fans of Martin’s argue that the rape (and molestation and misogyny) endemic in his work are nothing more than historical accuracy, and they do have a point. But his is a book that has dragons in it, and this is an old question but it’s always worth asking: why is it that a man can imagine flying, fire-breathing lizards, but he simply cannot get to a world in which women don’t live under the constant threat and fear of rape?

And the sad answer is that George R. R. Martin could imagine it, if he wanted to. If he’d ever had cause to think about what it would be like, to live with a body that is always a weapon waiting to be turned against you, he might have bothered. But it runs deeper than that: if he had ever been left out of a story—and not just one, but a hundred, a thousand, most of the stories he’d read in this life—he would know that stories are often full of shit, and the best historical record barely scratches the surface of what really happened, and that other people are far more fathomless and complex than imaginary battle choreography or whose ancestors descended from which tribes of legend. He would know that making stuff up is one thing but understanding what might have happened is really, entirely, another.

Nicola Griffith, on the other hand: she’s a queer woman with an interest in science fiction. Nicola Griffith knows that she, herself, exists, and yet she isn’t all that often on the record of culture, so she looks back at the past and knows that there must have been women like her, who existed, whose stories didn’t merit telling but who had full and important lives just the same. And so, in Hild, she applies herself to imagining them, and then to telling them. The book is long but quiet, focused on a handful of years, really, the unimportant beginnings of a minor saint. From that subject Griffith extracts easily as much fear and violence as Martin gets in his ever-expanding series—but she gets joy, too, and desire, and love, and the ways that love’s fierceness is, all too often, indistinguishable from cruelty.

It’s telling to consider each book’s major matriarchal figure: Martin’s Cersei, whose mother’s love is calculating, and whose ambition to be more than a pawn in marriage schemes is thwarted by own her useless vanity. (Or, fine, Catelyn, who loves her children so much that she sacrifices a crucial hostage for the slim hope of seeing one of them again, motherhood driving her mad.) Griffith has Breguswith, who is also calculating and sometimes cruel, but whose machinations work. She’s the widow of a king: her life is in danger and her children are in danger every minute of every day. She knows they can never make bold claims to power, but that under power’s wing is where they are safest.

She walks a fine and delicate line, and though she does absolutely horrible things, you cannot help respecting her for some of them, if only because she’s powerful enough to work her will so precisely. Which is to say: Cersei is diminished by her circumstances; Breguswith rises to them.

Martin takes women’s lives at face value: because we have historically been concerned with kitchens and cloth, he assumes that kitchens and cloth are all there is to it, and that only small minds could be so contended with small subjects. Griffith, on the other hand, knows what it means to be assigned to the hot stove, to be dismissed from the main action. She knows that there is meaning in cooking and weaving and tending to wounds, but also that when that’s what you have you find the meaning in it, because you are human, because your big storytelling brain demands it.

Genre fiction tends to encourage repeated plot structures, a sameness in narrative, that allows for the content to be imaginative and expansive: if you know what’s going to happen next, the world in which it happens becomes all the more crucial to the story’s success. Martin captured an audience by subverting narrative expectations, but at the end of the day it’s the same old song, just dragons and sluts and kings, writing a history where men are victors and women are victims.

It’s interesting, but it’s not original, and it is not the story of humanity, or at least any kind of humanity I recognize.

You have to let women speak, to tell human stories: you have to give them motivations other than their children or their vanity or their desire to get fucked. You have to believe that they play roles other than the ones their bodies insist on. You have to be interested, above all, in those people, in what it would feel like, to live a different life. No one has ever insisted that George R. R. Martin inhabit characters who are all that much unlike him; Nicola Griffith has had to all her life. Of course she’s learned empathy and imagination on a scale that escapes him and his work. 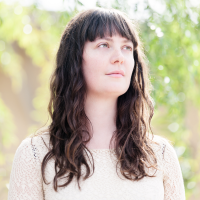 Zan Romanoff's sixth grade crush once told her that boys just didn't like girls who were interested in dragons; she and the Khaleesi beg to differ. She lives and writes in Los Angeles.