The Coquette: Freedom, Flirting, and Falling from Virtue

on April 3, 2014 in Gentleman Scholar Sponsorship

Caitlin Keefe Moran last wrote for The Toast about her work as an abortion clinic escort. This post, and several others to appear in due course, are generously sponsored by a gentleman-scholar from County San Francisco, supportive of the production and assessment of nasty novels, dealing familiarly with gamblers, misandrists and flashy reprobates.

And ev’ry mental beauty’s laid aside,

To flatter fops and sooth the coxcombs pride.

Miss, flirts her fan, Sir, twirls his watch-key round,

Ogling and whistling in their turns abound.

How nobly are the moments thus employ’d,

Or, rather, how ignobly time’s destroy’d.

–“On Coquetry,” The Massachusetts Gazette, 1788

Let me be clear: the fallen women have to die.

There’s no getting around it; the rules of the seduction tale are clear and uncompromising. Hannah Webster Foster’s 1797 novel The Coquette is a novel of seduction, so we know the game before we even begin: a woman will fall in love with a rake and lose her virtue, he will betray and leave her, she will die. There will probably be an intermezzo pregnancy, and a lecture aimed at female readers, telling them to keep their kirtles girded until marriage. We read novels of seduction for the how, not the what.

Early readers of The Coquette went one further: they also knew the how. Foster based her heroine Eliza Wharton heavily on the real-life figure of Elizabeth Whitman, a distant relative of Foster’s husband, who died in an inn in Danvers, Massachusetts after giving birth to a stillborn infant, unmarried and abandoned by her lover. The proprietors of the tavern and the residents of the town had no idea who she was, prompting the Salem Mercury to run the following item in July 1788:

Last Friday, a female stranger died at the Bell Tavern, in Danvers; and on Sunday her remains were decently interred. The circumstances relative to this woman are such as excite curiosity, and interest our feelings. She was brought to the Bell in a chaise from Watertown, as she said, by a young man whom she had engaged for that purpose…About a fortnight before her death, she was brought to bed of a lifeless child. When those who attended her apprehended her fate, they asked her, whether she did not wish to see her friends: She answered, that she was very desirous of seeing them. It was proposed that she should send for them; to which she objected, hoping in a short time to be able to go to them….—This account is given by the family in which she resided; and it is hoped the publication of it will be a means of ascertaining her friends of her fate.

This notice was reprinted in more than a dozen newspapers along the Eastern Seaboard in an attempt to discover the identity of the dead woman. When the notice reached Whitman’s mother in Connecticut and her story was discovered, her grave became a pilgrimage site for hundreds of couples, who chipped off so many souvenirs from the headstone that it’s now just a hump (the Peabody Historical Society paid for a new one in 2004, so fear not, young lovers who want to take a vow of loyalty and enduring love over the grave of a woman who died abandoned and disgraced: you can still do you). For the next century, New England residents debated the identity of Whitman’s lover fervently; the leading theory was Pierpont Edwards, son of preacher Jonathan Edwards (insert your own “Sinners in the Hands of an Angry God” joke here), but others suggested Aaron Burr, because apparently the early American republic had ten people in it and they all knew each other. Elizabeth Whitman, in other words, was our earliest national tabloid scandal, a Nancy Grace–worthy cautionary tale fueled by a Reddit manhunt and wrapped up in a reunion special for The Bachelorette.

So Foster had an unusual task ahead of her when she sat down to write The Coquette: her audience knew not only the ending of her book, but also the general plot and the major characters. It would have been easier (and possibly safer, as a female author and minister’s wife) for Foster to make Eliza Wharton, her Whitman stand-in, an irredeemable caricature of a tart, casually disregarding the precepts of modesty and virtue while spreading her goods all over town. Foster didn’t—in fact, Eliza might be the least insufferable and most human character in the entire story.

The novel opens with the death of Eliza’s minister fiancé, Mr. Haly, which releases her from an unwanted marriage arranged to please her family. After her reintroduction to society following her fiancé’s long illness, Eliza is presented with two suitors: Mr. Boyer, another minister with the flair of plain shredded wheat, and Major Sanford, a Revolutionary War veteran with hidden debts (they always have hidden debts) and a history of romancing and abandoning young women. When writing about Sanford, Foster makes pointed reference to another great seduction novel, half a century older. Samuel Richardson’s Clarissa, also an epistolary tale and extremely popular in early America, tells the story of the virtuous Clarissa, who is undone by her crap family and the machinations of the wicked Lovelace. “Pardon me, Eliza, this is a second Lovelace,” Eliza’s friend Mrs. Richman says of Sanford early in the novel, and since we, the readers, can see his letters, we know she’s right.

But Eliza Wharton is no Clarissa Harlowe, whose drippy virtue allows to her to be incessantly hoodwinked and bamboozled by Lovelace. Eliza is vibrant, intelligent, witty, and often frankly unimpressed by both of her suitors. “I have just received a letter from Mr. Boyer, in the usual style,” she writes to her friend Lucy Freeman. “He expects the superlative happiness of kissing my hand next week. O dear! I believe I must begin to fix my phiz. Let me run to the glass and try if I can make up one that will look madamish.” She puts off Mr. Boyer’s frequent requests for an engagement, not only due to the machinations of Sanford, but because she knows that once she marries, her world will shrink down to the size of her parlor. The words “free will” and “freedom” appear frequently in The Coquette, earnestly from Eliza and sardonically from her friends. “A melancholy event has lately extricated me from those shackles, which parental authority had imposed on my mind. Let me then enjoy that freedom which I so highly prize,” she writes to Lucy, and then later, when her friend remonstrates her for her flippant conduct, “You must either quit the subject, or leave me to the exercise of my free will, which perhaps may coincide with your present wishes.”

This stubborn desire for freedom alienates her from Mr. Boyer. Impatient with her continued deferrals of his attempts to propose, he follows her into her mother’s garden one night and finds her in conversation with Major Sanford; this breach of propriety is too much for him, and he leaves her. With her only real hope for marriage eliminated, Eliza looks at her prospects for future happiness, and despairs. Her seduction by Sanford and subsequent ruin are almost secondary.

It is this awareness that differentiates Eliza Wharton from Richardson’s Clarissa, or the heroine of Susanna Rowson’s Charlotte Temple, who is also seduced and dies after childbirth: Eliza is clear-eyed enough to know that both of her options are bad ones, and that in early America, it can’t be otherwise. Foster’s novel (and Whitman’s life) call into question the entire revolutionary project: what good is freedom when its rhetoric is constantly appended with unspoken “buts”? Eliza longs for the kind of liberty articulated by the American Revolution, but is stifled at every turn. “You are very tenacious of your freedom, as you call it,” Lucy writes, unable to comprehend why her friend doesn’t want to settle down with a nice man and start down the path of marital bliss, like she does over the course of the novel. As Jennifer Harris and Bryan Waterman write in the preface of the Norton Critical Edition of The Coquette, “The Coquette and The Boarding School [Foster’s second novel, a didactic work focusing on the education of young women] represent two currents in the era: a desire for women to participate in the promise and opportunity of the new nation, and the need to do so in a way that did not shift the gender status quo.”

Since this a series about forgotten novels, it is necessary to address the question, why were they forgotten? To call The Coquette forgotten, I have decided in the course of writing this article, does it a disservice; within a small but enthusiastic klatch of academics, The Coquette is discussed and debated with fervor. Perhaps The Coquette only appears forgotten in contrast to the mammoth popularity it enjoyed in its own time, when it went through ten printings in addition to being serialized in weekly newspaper installments and inspired plays and a sequel in which Eliza’s infant lives. Part of this relative dimming could be due to the close conflation of Foster’s heroine with her real-life inspiration; the two names were used interchangeably in articles about the book even a century later. Foster also didn’t publish the novel under her own name; The Coquette appeared under the moniker “A Lady from Massachusetts” until after Foster’s death, so Foster (pictured) could never build a following for herself outside of the novel.

But other forces acted upon The Coquette as well. At the turn of the twentieth century, a fad arose for vindicating Elizabeth Whitman, not through a celebration of her independent character but by claiming she was actually married to her seducer at the time of her death. In a 1902 article in the Boston Sunday Herald, an anonymous author (along with declaring, without evidence, that Whitman was the inspiration for Hawthorne’s Hester Prynne, which I suppose doesn’t sound so crazy when you remember that early America had ten people in it, and they all knew each other) excoriated Foster for writing Eliza Wharton as a flirt: “It seems entirely just to dismiss ‘The Coquette’ from the evidence of the case, because of its inaccuracies so plain to the reviewer. It deserves suppression more than many modern prohibited books, for it contains phrases and sentiments too unbridled to be allowed about with a halter.” Seventy-five years later, Nina Baym was similarly dismissive, for different reasons, when she wrote that The Coquette (along with Rowson’s Charlotte Temple) was “demoralized literature” for showing women as “man’s inevitable dupe and prey.”

But Eliza Wharton is no dupe. She is a sparkling, individual heroine, with an imagination and desire broader than her horizons. It’s likely we know as much about Elizabeth Whitman as we ever will, which isn’t very much, but Eliza Wharton is a worthy legacy. 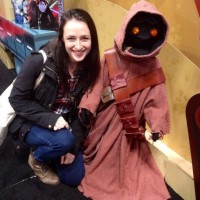