on April 8, 2014 in Gentleman Scholar Sponsorship

I went through a period in my tweens in which I watched the 1991 The Mummy at least once a week. Sometimes more often than that. I knew most of it by heart, including all of its lines in fake ancient Egyptian. This has blossomed, in my later years, into an ability to watch basically anything as if it’s the first time, a skill that I am still trying to figure out how to monetize.

This tendency tells me that, had I been born over a hundred years ago, I may have been an ideal readership for the stories of Laura Jean Libbey, an incredibly popular series of novellas published toward the end of the nineteenth century and beginning of the twentieth in the United States. Because really, even her contemporaries and her fans admitted her stories were all the same. They have titles like Ione, a Broken Love Dream (what does this even mean?), Little Rosebud’s Lovers; or a Cruel Revenge, and Kidnapped at the Altar: or The Romance of that Saucy Jessie Bain (just…yes.) In lieu of a summary of any of them, I think you can get the gist with these:

1. “Phew! What an independent little piece we are, to be sure!” he cried.

2. “He helped her to alight with as much courtly grace as though she had been a princess instead of a poor little working-girl.”

3. “I am offended!” cried Jessie Bain, indignantly. “I always supposed before this that people could sit down in a public park without being molested; but it seems not; so I shall move on!”

4. “Like a flash, Leonie tore herself free from the man’s detaining grasp, her brown eyes blazing, and her fairy young face flushed to a deep crimson. ‘You are no gentleman, sir,’ she cried, fairly trembling with emotion.”

5. “Get me a life-boat, somebody–anybody! Half my fortune for a life-boat!”

6. “And there we will leave them, dear reader, for when a girl marries, all the ills of life should be left behind her, and she should dwell in sunshine and love ever after.”

A young girl, often a factory worker, attracts the wolfish attention of every male in her vicinity. One of these – and just one – is not a moustache twirling villain after her virtue and freedom. The integrity of her virtue and her bouncing curls are threatened, and there are also usually a few swoons and shock-induced fevers. Finally, she is saved by said adoring non-villain and swept away from her working girl life.

In other words, Libbey wrote the kind of novels that would have given George Eliot a conniption. Eliot’s description of the typical heroine of such “silly novels” is almost verbatim of most of Libbey’s leading ladies: her “eyes and…wit are both dazzling; her nose and her morals are alike free from any tendency to irregularity; she has a superb contralto and a superb intellect; she is perfectly well-dressed and perfectly religious; she dances like a sylph, and reads the Bible in the original tongues.”

Without exception, Libbey’s fair heroines are “fair,” “innocent,” “bewitching,” and “childlike,” with a rosy, dimpled face and a “wealth” of hair falling to her waist in “heavy curls.” It’s a good thing that she is wealthy in hair, because she is always lacking in, you know, actual wealth. She is loyal to her family, but they usually die off pretty early in the story. She is virtuous, yet “willful.” Pursued from all corners, she is desired by every male she meets, but completely devoid of hormones herself.

In the 1970s, Paula Smith identified a trend in the Star Trek fanfiction she read that she called “Lieutenant Mary Sue” stories, mocking it in her own parody featuring Mary Sue, “the youngest lieutenant in the fleet” who attracts the desire and admiration of everyone else on the Enterprise. She, and all of her attractively flawed descendants, is “amazingly intelligent, outrageously beautiful, adored by all around her.” But the kind of stories Smith was noticing have a history that goes beyond Trekkie fandom.

Modern fiction featuring a Mary Sue, whether fanfic or mainstream, tends to be criticized for a laziness or self-centeredness that rolls author, heroine, and reader into a ball of nauseating perfection. But the history of Laura Jean Libbey’s working girls and their stories gives the concept a little more credit. In her writings and public persona, she spoke of herself as friend to and one of the working girls, but kept her life vague and out of the public eye. This championing of the typical factory girl was pretty unusual for the time. Towards the end of the nineteenth century, the tendency was to use the character of the working girl as shorthand for disreputability and easy morals, or to embody the horrible working conditions in the factories. Some concerned menfolk thought that women working outside of the home, in factories, wore out their bodies and morals to no good end.

But sometimes, concerned menfolk and even George Eliot can be wrong. After all, the original Mary Sues tended to show young women and ethnic minorities in positions of leadership and power, where before they were relegated to minor roles. So in all their obnoxiously saucy-Jessie-Bainness, Libbey’s heroines show the working girl reader her literary counterpart as ideal, as desirable, but not easy. And the way you would have read these stories would have made this wish fulfillment even more intense. Like when the narrator of Leonie’s story says how, “The great sensational story found its way into the daily papers, as sensational stories always do; and many a working-girl read the story of her struggle against adverse fate. She had been a working-girl like themselves; she had known all their privations, the early rising, hurried toilet, and hurrying steps to the work-shop.” When they were first published, many of Libbey’s works were serialized in magazines and newspapers, just as Leonie’s story is published in the papers and then read by other (fictional) working girls.

These layers of stories-about-working-girls-within-stories-about-working girls erase the boundaries separating the reader from the fantasy world of the novel until she is the one reading Leonie Locke’s story in the papers. In thinking of Laura Jean Libbey’s heroine as Mary Sue’s grandmother, we can salvage not only Libbey’s reputation as a forgettably trashy woman novelist, but also the idea of what a Mary Sue can offer to the literary world and her readers. Her characters, in their Mary Sue-ishness, are admirable and desirable, unlike their working girl counterparts in other, less flattering stories. Not only do Libbey’s narratives give its readers romantic fictions of escape, but they also create imaginary worlds in which their readers gain cultural power (and great hair.) 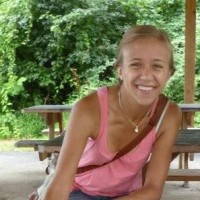 Katja Jylkka and her cold New England heart are currently living in California. She is a PhD student who writes about food, animals, and trolls, much to the dismay of her professors. You can read more of her writing here or here.