Things I Have Lost to Exes, Begrudgingly

After too many mornings of waking up at his house and finding there was absolutely nothing to eat, I started bringing my own food over. The coffee and peanut butter stayed in the cupboard where I’d left them, but the bread would disappear immediately. At one point I was buying a loaf a week for my own house, and up to three loaves for his. Then he started complaining all that bread was making him put on weight.

* Lesson: Bring a man a loaf of bread and he eats for a day.

My ex and I had the same water bottle: a red aluminium canister of the kind that will last a decade if you look after it. I’d been looking after mine. Then at some point during the relationship the bottles got swapped, but I didn’t become aware of this until we’d gone through the only breakup I’ve ever had where things got so ugly we no longer speak. And my ex had not been looking after his bottle. I don’t want to think the swap was deliberate, as that would have been petty. But then again, he’d been known to use the Twitter account belonging to the cat he’d shared with his ex to try and make her jealous, so.

My ex was really into TV, and as a result we watched what amounted to, in my opinion, endless amounts of crap. Amateur cooking shows and kitchen sink dramas, urgh. So the Bond films were an attempt at coming up with stuff we both actually wanted to watch, as we’d exhausted Star Wars and Harry Potter. So I bought the DVDs and kept them at his house, and we chuckled our way through them. I mean, those films are comedies, right?

* Lesson: Opposites attract, then opposites bicker endlessly over what to watch while eating dinner. Romance is dead.

Do women actually leave used underpants at the houses of men they are dating, or is that a 1980s film cliche? In any case, these knickers were left behind in a clean state, in a moment of optimism that I’d be returning to wear them. I did not return to wear them. At the time I was too torn up about the guy to be upset about the pink and orange lace number, but it goes without saying: I’ve never left a favourite piece of clothing at anyone’s house ever again.

* Twist in the story: About a year later I found myself back at the scene, briefly, and retrieved the lost knickers! I’ve never been able to wear them again though, so the loss stands.

I once got asked out by a man who, like me, liked to do 90 minutes of Ashtanga yoga on Tuesday nights, overseen by a wonderful teacher named Kate. This man was attractive, as boys at yoga often are, but I’m fairly sure I’ve never met a person I have less in common with. Cue Mia Wallace in Pulp Fiction making a square with her fingers, if you catch my drift. Fast forward a couple of weeks, to when his prettiness no longer compensated, and I saw no other choice: I begrudgingly gave him custody of Kate, and bought a bike instead. 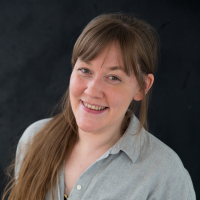 Jessica Furseth is a freelance journalist writing about technology and culture. She lives in London, UK, with her husband and is into tattoos, good fringe days, cats, snacking, and Stevie Nicks twirling.