Letty Matapang. Sigh. I wanted to write her name all over the covers of my notebooks like I did in first grade about Consuela Lopez (Consuela + Marisela 4ever), but I don’t have notebooks anymore, so I wrote it a couple of times in the back of a library book instead. Slowly, smoothly, with my eyes closed. Letty, Letty, Letty. Names are magic, you know. Usually knowing someone’s name gives you power over them, but this time all the power was on her side. Love’s tricky like that.

Some of my friends didn’t understand. “I don’t understand,” Sonja told me. And then it was you’re not a real lesbian this and how can she be a witch without menstrual blood that, and I was just done with it.

I’m like, really, guys? You change into fucking wolves once a month based on your “beautiful cycle” and this is what you can’t comprehend?

Some of my other friends weren’t such assholes, though, so we didn’t have to burn all their houses down. Thank God. Letty had pretty cool friends herself, and those folks knew some good bars out in the city. At some point, her friends and my friends became our friends.

We traded and shared like that, little things and big things. We both grew up sort-of Catholic, and we both had aunties breathing down our necks to do our families proud. She taught me the word transpinay, and I taught her the difference between Mexican wolves and other grey wolves.

“See, we’re more compact, and we have thicker ears and a shorter tail,” I said, showing her pictures on the Internet.

What happened was, my cousin Beatriz wanted to organize a speed-dating sort of deal, I think in the hopes of expanding the hookup pool a little bit. It’s not like there were that many of us. Especially when you cut out the folks you’re related to. You start thinking you know everybody, you’ve dated everybody, and you’re gonna have to move across the country to find somebody new. When she asked me to help I said yes, because asking strangers too many personal questions is kind of my thing, so I was there at her friend Tina’s house out in the city one afternoon, setting up tables in the backyard and generally hauling ass. The drinks were good–Tina used to work at a bar–and I managed to wipe some of the sweat off before everyone else started showing up. It was a little awkward with everyone milling around eyeballing each other, but eventually B and Tina got us all seated. They had a stopwatch and everything.

Pretty soon it was ready, set, DATE and I talked to one girl after another, and even if none of them particularly twigged me, it was nice to chat with somebody who wasn’t a cousin. Hey, I may not be much for rock climbing or book clubs, but just talking and being friendly makes me feel all warm and glowy. (Though the drinking may have helped with that, too.) Three minutes isn’t a lot of time to get to know somebody, but I was having fun.

Four or five rounds in, I switched seats and ended up across from this girl with great teeth and lots of earrings. We did the hi-I’m-Letty-hi-I’m-Mari thing, and I tried asking her about herself, but she kept jiggling her leg a little bit against the table leg so I figured I was boring her. When I’m having fun, I just want everyone else to have a good time too, you know? So I told her about the time I almost got detained at the airport coming home from Florida on account of being a (loud whisper for dramatic effect) illegal immigrant–and what do you know, it turned out she was illegal too! She hadn’t seen the Philippines since she was little-little, and it’s not like I remember coming up to the US as a newborn on Mama’s lap, so we talked about home and family and at some point we walked off from the speed-dating, which B gave me so much crap for later, and sat at the edge of the lawn, picking at the dandelions and laughing.

We made “Activists Have Active Fists” shirts to wear together to our first Queer Supernatural Women of Color rally in the city. (My mom thought it was funny, so we made her one too.) We made tamales and pancit for her niece’s birthday party. (Well, she and our grandmas made them. I mostly goofed around and got yelled at for doing the filling wrong. Whatever, abuela.) We got tattoos. (Not matching. Ew.)

I wasn’t sure at first if she’d be interested in coming out with me and B and them on a run some night. Hanging out with a bunch of wolves isn’t all that hot a time–like being at a party when you’re the only one sober. But after a couple months of dating it turned out she was game, so we drove out to the foothills after midnight in July. I should have known she’d want to. She did track in high school, relay-running, and most mornings she’d still go out to jog at an hour that made me pull the pillow over my head and groan. I guess I didn’t expect her to be excited, though.

It was quiet and still and warm out on the hills, and the moon was giving us all kinds of light, and we just changed and ran. And it felt gooooood, like stretching muscles you didn’t even know you had. We stayed away from the cows (you learn that one pretty quick) and just ate up ground over the wheat-colored dry grasses and burnt earth where summer fires left their mark.  Humans are no match for wolves at speed, of course, but I circled around to see her–long muscles working, short hair dark with sweat, running like there was nowhere on earth she’d rather be. And she wasn’t there for me, or for my family, or for anybody else but herself.

And I have to admit, the power thing is so hot. I mean, the air doesn’t crackle and there aren’t any lightning bolts and nobody gets turned into a turtle. Her magic isn’t like that. Her magic is quiet humming, smooth stones, potions brewed the week before Easter. She draws her fingers across your back and blows gently in your face. Sometimes it doesn’t seem like she’s doing much of anything at all.

Once, though, I saw a man who laughed at her. One of her cousin’s boyfriends, just a good-for-nothing asshole more interested in booze than in learning anything beautiful about the world. She didn’t seem to take any mind at the time, and I tried to respect that, but a week later I heard he’d been attacked by a raccoon while pissing drunk in the woods and lost most of his…you know…and a lot of blood besides. I asked her later if she’d had anything to do with that, and she just grinned, and then we kissed for a while. I get goosebumps now, thinking about it. I guess grievous bodily harm gets me going like that.

Plus, you know, she cured my constipation. If that doesn’t sound like much to you, then you can thank God for blessing you with regular, functioning bowels. Me, every time I poop, I think of her and smile.

I know you don’t think this story has a happy ending. And it doesn’t. It doesn’t have an ending at all, unless you count every night when she leans over to peck my cheek before turning out the light. And later, when I wake in the dark hours and listen to her breathing next to me, and I trace my fingers along the stretch marks on her shoulders and think how lucky I am. Letty, Letty, Letty. I breathe her name between her shoulder blades, kiss once, and sink into the warmth and silence and darkness, flourishing like a mold that’s found its home.

Illustrator credit: Para is a freelance graphic artist with 2 years of Fine Art education, now doing 2 years in NAIT for animation.  She is hoping to become a comic artist or a concept artist, but while she pursues her studies is working digitally and traditionally for commissioners. Let us know if you want to get in touch with her! 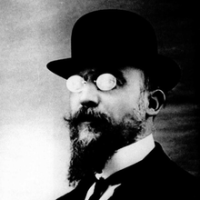 Mia Hooper lives and works in California, where she spends a lot of time in small spaces. She also blogs about clothes at Reading in Skirts and tweets @figwiggin.