The Wikipedia Entry for Guam, Retold as a YA Novel

The town of Inarajan, located on the southwest coast of Guam with a population of 3,052, flicked her long red hair out her eyes and sighed. People were always telling her she was beautiful, but she just didn’t see it. She examined herself in the mirror carefully. What was so beautiful about large violet eyes, long slender limbs, and the ruins of several colonial Spanish forts? Certainly she was nowhere near as lovely as her friends Tumon, a tourist hub featuring over 20 large hotels and a Duty Free Shoppers Galleria, or Andrea, who wore a C-cup.

Inarajan’s mother entered, her mouth tightened with disapproval. Inarajan’s mother did not understand her. It was as though they were from two different worlds: Inarajan was just a small coastal village, and her mother was an invasive species of brown tree snake from the Phillippines.

“Must I?” said Inarajan.

“You must,” said her mother. She hesitated, and Inarajan thought she might say something to comfort her, but her mother merely shook her head and decimated Guam’s indigenous bird population.

Today was the day. The day that everyone on Guam knew must arrive once every four years. A day of sorting. Of choosing. Of victory and defeat. The day of the non-binding straw poll for Presidential candidates.

Everyone would be there. As Inarajan set off, she saw her friend United Airlines. He waved to her, tripping over the statue of Chief Gadao, a prominent tourist attraction. She shook her head. United Airlines was the largest private sector employer on Guam and the second-largest employer overall, following the United States Military, but he could be such a klutz sometimes.

“Hi,” he said to her, flicking his blonde hair out of his face and grinning.

“Hi,” said Inarajan, flicking her red hair out of her face and sighing.

“What’s new?” said United Airlines, flicking his hair out of his face and frequently rescheduling flights to Japan during typhoon season.

Inarajan’s face heated. Was he flirting with her? No, that was crazy. As of 2008 United Airlines’ annual payroll in Guam was $90 million. She had never even had a boyfriend.

Pushing confusing thoughts of United Airlines’ broad back muscles and status as a subsidiary of Chicago-based Continental Holdings aside, Inarajan looked up and realized they had arrived at their destination: The forbidding edifice that was the Duty Free Shoppers Galleria. She suppressed a shiver. Her very first non-binding Presidential straw poll. Surely she would not survive.

As she lined up with the others, her scalp prickled. She turned and saw a strange boy staring at her. He was tall and pale, with dark hair that hung in his eyes, but he did not flick it aside.

“Who’s that?” Inarajan asked United Airlines. He stiffened mid-hair flick. “No one,” he said. “Listen, stay away from that guy, all right?”

“He’s non-voting Congressional representative Democrat Madeleine Z. Bordallo. He can vote on procedural matters and on committees in the House of Representatives, but he may not vote on the floor, a right reserved by the constitution for the states. In other words, he’s trouble.”

“All right,” Inarajan said, sending her residents to the Guam Unified School District. “I’ll stay away from him.” But she could feel his eyes follow her as she held her annual village fiesta and went inside.

The non-binding Presidential straw poll involved several events, including combat training, arbitrary separation into groups, a symbolic vote which usually favored Republican candidates, a fight to the death, and fashion. Inarajan was the smallest, weakest, stupidest, ugliest contestant. There was no way she would win any of them. But she won all of them.

Through it all, Democrat Madeleine Z. Bordallo behaved strangely. Sometimes he seemed to hate her, and at other times he clearly wanted nothing more than to protect her. Inarajan couldn’t understand what he wanted from her. Sure, as the wife of Ricky Bordallo, he was the First Lady of Guam from 1975 to 1978 and 1983 to 1986, but also he was a vampire.

Inarajan tried to ignore her doubts. She had done it. She was the straw poll champion and the princess of Guam. And yet, even in her moment of triumph, she could not shake the feeling that something was wrong. There were too many unanswered questions. Why had population declined slightly since the 2000 census? Why could Guam’s representative not vote on the House floor? And why did Democrat Madeleine Z. Bordallo keep looking at her like that?

The U.S. military maintains jurisdiction over its bases, which cover approximately 39,000 acres (16,000 ha), or 29% of the island’s total land area. Everyone in this story has cancer.

Just before her Straw Poll coronation, a hand pulled her into a dark alley. It was Democrat Madeleine Z. Bordallo. “You’re a fraud,” he hissed, then he kissed her hard, then he looked tortured and ran away. Inarajan stood frozen, a hand to her lips. She only knew two things for sure: First, Guam’s Division of Aquatic and Wildlife Resources (or DAWR) will continue to give sea turtle presentations for community awareness, especially through the elementary-secondary school system and University of Guam. And second, she loved him too.

When the moment of her coronation arrived, Inarajan knew what she had to do. As the world’s largest K Mart placed the crown on her head, she took it and tossed it into the sea. “Guam Public Library System operates the Nieves M. Flores Memorial Library in Hagåtña and five branch libraries,” she cried, and the crowd roared back with pride.

Chaos broke out. As Democrat Madeleine Z. Bordallo and his fellow rebels hurried her away, she saw several men in black, servants of the world’s largest K Mart, struggling to subdue someone. It was United Airlines. Oh God. What had she done? How could she save him? Notable people from Guam include Ann Curry. But Inarajan did not know if that would be enough.

To be continued in Book 2, The Wikipedia Entry for Belgium Retold as a Young Adult Novel. 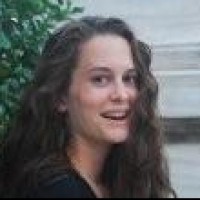