Alternatives to Killing Your Darlings

Feed them a liquid diet through the bars of a cage. Use a hamster water bottle to slow them down on the protein shakes and avocado smoothies because they don’t know when to stop. Makes the plan more affordable. Also the clicky noise the the ball bearing makes as it releases drops of liquid will reassure you that they are still alive.

Subtweet your darlings. Or go ahead and get in their mentions with some crazy shit.

Play Clue with your darlings on game night. Never let them be Miss Scarlet even if you do not want to be Miss Scarlet. Pronounce “conservatory” with seven syllables.

Pitch their core disruptive tenets to some SV guys who will fund you to make an app with your darlings until eventually they start talking about discrepancies in the balance sheet and dropped deadlines in the exit timetable and then will start acting super pissy about the darlings and then the money will stop so unfortunately you’ll have to sue the opportunists to get your darlings back. Get a mean lawyer for your darlings.

Turn them into a lucrative self-published series and then publish an ebook explaining how you did that. Give dollar amounts. Do not round.

Remind your darlings that the rent is due tomorrow. Mean it. Text them postings from job boards and a photo of the Help Wanted flyer taped in the window at the laundry. Use Pot Full of Gold emoji.

Look at a point slightly above and to the left of their heads and dryly say I can not even.

Read It Takes a Village to your darlings until they are Hillary Ready. Quiz them to be certain. Double-check that their Amazon review was fair, balanced and likely to garner ‘was this review helpful to you” likes. Re-read.

Goth mani-pedi night with your darlings. Use OPI Black Onyx/try to look gaunt and almost dead, all of you.

Taxidermy your darlings. Technically you will be killing them first, but not forever because you’ll have the glass eyes gleaming and ready on your workbench and many dreams ahead.

Babywear them. Nurse your darlings in public with both breasts bared. Don’t give a fuck. Encourage your darlings to smack their lips and make the sighs of happily drugged, milk-fed darlings as they tussle each other for a nipple and suckle away.

Sing the Clementine song to them. Use your Zsa Zsa Gabor voice. Invite them to join you in singing in the round. They will leave on their own accord in the middle of the night, it’s all too much, but at least they will know they were loved.

Train them to destroy any oblivious men who say “kill your darlings.” Your darlings are your army against this enemy. Their flimsy mass market volumes will not protect their tiny hearts from you. 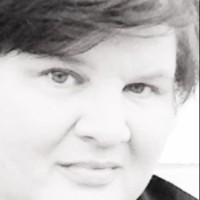 Deb Rox writes personal narrative, humor and contemporary posts about women, pop culture, current events and trends. She lives in Florida and works online as an editor, producer and business developer of digital publishing projects for start-ups and companies including BlogHer and Listen to Your Mother Show. She tweets at @debontherocks.