No Blame, No Forgiveness: On Sex Work

Here is how I try to tell the story: drunk, haltingly, laughing hysterically in voicemail to my therapist. At the next session, we dance around it: “I think the word you used was ‘whore.’” I package it as neatly as I can: I was too young for a real job, I was on my own, I needed the money. She says she doesn’t blame me, but it sounds like forgiveness. That isn’t what I want.

I skate around other angles: “it was,” I remind her “less than a year after I was first raped– I was still pretty messed up about that, and like, still am, probably.” It doesn’t matter; she doesn’t blame me, the case is closed. It isn’t. If I tell the story differently I will not be forgiven.

At fifteen I lacked good judgement. That was apparent, on some level, even then. The fear that had nestled inside of me the first time my now ex-boyfriend raised a hand to me had morphed into something different: adolescent invulnerability on steroids–I survived him, I can survive anything. I don’t need to be afraid anymore.

At that point in my life I barely slept. Instead, I would go for long walks in the wee hours, crawling out the window or letting myself out the front door of the house in which I rented a room. I was told that I looked much older than fifteen, only by men, only during their confusing flirtations. I may have. I dyed my long hair dark and wore more makeup than was necessary; in some ways, this was a life I invited on myself.

The first time a man offered me money for sex it was just after dawn. We were a part of the 7 am public library crowd, shivering and waiting for the doors to open. He was eating yogurt. How strange is that? It’s part of what shakes me, now, part of what makes it all sound absurd, or invented. Yogurt! I think it was peach. I had .78 cents in my bank account. Afterward, I checked out a copy of Fight Club, because I was fifteen and did not yet know better.

I started walking at night in different places, different clothes. The specifics have since blurred. There was a thrill, and fear, and money in my hands. Part of me expected to die, and I was okay with that. I was suicidal anyway. There were close calls. It wasn’t why I stopped.

During the day, I was a top student; straight-As and a reputation for being a bit of a teacher’s pet. At the end of sophomore year I was signed up to take an SAT subject test, not much of a challenge, in all honesty. I was out the night before, crawled back into bed around 3 or 4. The night itself does not stand out in my mind. My alarm went off at 5. I knew within minutes I was not taking the SAT that day. It wasn’t anything dramatic–I was exhausted and hung over, I just wasn’t up to it. I went back to bed. That previous night ended up being the last: hitting the snooze on my alarm clock shattered the illusion that these were two lives I could juggle, that I could keep everything from bleeding through. When I took the rescheduled test three months later, I got 30 points less than a perfect score.

For the first few years, after, I pretend it never happened. My daytime self becomes my full-time self, I never speak of it, even to myself. I get a bit crazier, end up with half a dozen DSM codes trailing behind me, everyone trying to explain why the things I do don’t always make sense. My high-functioning daytime self falls apart, becomes someone else entirely. It’s not necessarily a result of the past I’ve been concealing; there are a thousand other places to lay the blame. When asked, I say I don’t consider sex work to have been a trauma, for me, necessarily, as a fact of itself. There were traumas involved, but sex work was the context, not pain itself. There were other traumas, outside of that, that mattered more. Very few people believe me when I say this. Those within certain circles would prefer I did not say it at all.

It’s still not the whole story though, and the rest gets harder to explain. A few months after I finally return it to the narrative of my life, I start to wonder. I’m applying for, working at, and quitting a string of minimum wage jobs in quick succession, and I’m getting less hireable every time I do. I find myself asking if it wouldn’t be easier, if it would really be so bad. I could make so much more money, for what everyone tells me shouldn’t feel so much like nothing. I flirt with the idea for months.

When I drunk dialed my therapist, I left more than a few things out. The men I had met, was meeting, online first now, with a bit more safety or at least greater peace of mind. The men who were handing me twice as much money as I had been handed 5 years before. The second first time, now marginally an adult, now scared in different ways. I drove the whole way home with the money in my hand. I couldn’t let go of it, I was scared it could just disappear. I wasn’t sure I even needed the money, really. I got home and tried to figure out if I should worry about taxes, or what it said about me that I had gone back. I always knew, on some level, I would go back. What does it say about me that I knew that, and what does it mean that I was right?

The people who have known have fallen into two categories: those who forgive and those who do not. I have yet to meet anyone who did not think I was asking for forgiveness in the telling. I have never been. Still, I worry that going back makes me less forgivable, makes my agency that much more suspect. At the least, I become a bad victim, untrustworthy to the core. The people who don’t forgive me no longer respect me, the people who do treat me as an object of pity. I don’t want any of that.

I don’t regret much of it, when I am being honest. The choices I made worked for me. People tell me they don’t blame me, and I wonder who they do blame. I have a sneaking feeling it will be me, if I don’t tell the story right, or reduce complexity into narrative. I’m not blaming anyone. 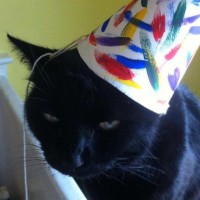 Sarah is a sex worker who writes and intermittently attends college in the Bay Area.