The Invisible Girl at the Spa

A few nights ago, while having drinks with friends at our rural Iowa bar, I suddenly smelled hot lavender wax. It took me a moment to realize that it was a synesthetic reaction to hearing the opening groove of Smokey Robinson’s “Cruisin’.” In the summer of 2003, that song played every hour in the soundtrack loop of the spa where I worked in New York City. Whenever Smokey came on, I would begin my cleaning circuit, throwing away cotton swabs and wiping up puddles that had dripped off of fashion models and daytime television stars.

When I crossed paths with a client (robed, naked, anxious), I would bite my lip, slowly smile, and then whisper, “Hey, do you want a glass of wine?” as if it had just occurred to me that something in my power could give her pleasure.

“You read my mind,” she’d say. I’d wink and reappear moments later, a silent cupbearer. Play me off, Smokey.

The managers were annoyed that clients seemed to like me so much. All the other counter girls were thin, beautiful, and 19. I was a fat 23-year-old Midwesterner who didn’t even wear makeup. When I showed up for the first day of work, they tutted at my hips and exchanged concerns that no uniform would fit me. Their deepest anxiety was about my chest, which very much existed and might be seen by clients. They suggested special reducing undergarments. I offered them the option of buying me new underwear or refraining from staring at my body. We agreed that the latter was a sensible choice for everyone.

Our clientele belonged to two distinct groups, we were told at one of our strategy meetings, and it was important to sort them at first contact so that we could know how best to meet their needs. The middle-class ladies (eye-rolling all around) had gift certificates and came to be pampered. They come once a year and never buy products. They are unashamed of washing their faces with soap, and they take forever in the locker room. Management told us that these were not our target population, and that we should be polite, but not generous. Smile, but don’t beam. Ask them pointedly when they pay if they would first like to see the products recommended by their aesthetician. “No? OK, if you’re sure.” The spa is aspirational for them; they want to be reminded that we’re out of their league.

Truly elite clients were to be the objects of far subtler cruelty. We were taught to wince at their answer to any question about skin care. However often they were scheduling treatments, it was never enough. Rich people, they said, do not come to the spa to relax. They come because they are convinced something is terribly wrong with them, and it’s our job to give them a focus for their anxiety. We give them a diagnosis, and then we offer a regimen of on-site and at-home treatments. These clients come week after week and spend hundreds on waxing, peels, scrubs, and creams because they’re caught in a cycle of self-loathing and short-term redemption.

No one who works in a spa is rich, of course. One of the nail techs—a true artist, recently moved from Missouri—told me she wasn’t sure whether she really knew how to read. Most of the aestheticians were immigrants who legally depended on husbands or relatives who terrified them with threats. Even the pretty young counter girls turned out to be working class teens from New Jersey or Staten Island, trying to figure out what to do when college isn’t an option and boyfriends aren’t proposing.

I asked my coworkers if they resented that their job was to make women feel bad about their bodies. The pedicurist would sigh earnestly, grab my shoulders firmly, and say, “A lady gets a pedicure, Carrie.” The masseur raised an eyebrow and offered to show me what I was missing. A fellow counter girl was disgusted: “What are we, gorillas? Humans are meant to be waxed.”

It didn’t seem to me that being rich enough to buy beauty treatments at an expensive spa made any of our clients less fearful. They insulted themselves mercilessly (my cellulite, my broken capillaries, my disgusting dried-up old face). Famous actresses begged me to do their makeup for them, insisting that they had no sense of style. Supermodels cried while demanding that I tell them how to be beautiful. “Am I invisible?” I demanded to know. “Can you see me? I look like this, and you’re the most gorgeous thing I’ve ever seen in real life.”

“You’re too kind to me,” one six-foot German goddess replied, grabbing my hand in both of hers. “But I know I look like hell. Tell me what to do.”

I pulled her head down to my eye level and peered into her extraordinary face, one that was even more beautiful in person than in magazines. I turned her chin softly from left to right, and she started to cry. “I don’t see anything that couldn’t be fixed with better hydration.” Her eyes widened with frustration. “And a capillary treatment around your nostrils,” I conceded. She clapped and hugged me. I booked her for the week after I planned to quit. 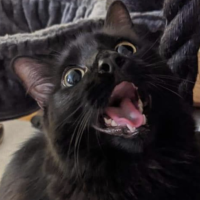 Carrie Shanafelt is an assistant professor at Grinnell College in Iowa, where she teaches eighteenth-century British literature and aesthetics.