Ginger Snaps: The Menstrual Horror Movie Of Your Dreams

The horror: Your body, if you are a cis girl, will betray you, and you will fall victim to its ceaseless, lunar-cycled blood reign for what may as well be forever (no pre-adolescent takes comfort in menopause). Your body and its functions have become central. Inescapable. You will be initiated into a maxi-pad cult in which you are alternately celebrated and shamed for your suddenly uncontrollable body. Messages about this body will be contradictory: Your body is now able to give life and is thus valuable! Your body does this deeply embarrassing, gross thing which boys and men hate!

This spectre of womanhood is the real, terrifying horror driving Ginger Snaps, the best little feminist cult-classic ever made about the fear of menstruation, the traps of traditional gender roles, and what happens when your sister becomes a voracious monster not bound by the laws of man or God. The movie’s tagline? “They don’t call it the curse for nothing.”

Bridget and Ginger Fitzgerald are teenaged sisters “united against life as we know it.” Life is in Bailey Downs, an Ontario suburb filled with horndog boys, slut-shaming girls, and noxious adults. The Fitzgerald sisters rebel against this suburban wasteland by rejecting all that is socially acceptable: they are obsessed with death, in the way of righteously disgusted teenaged Goths everywhere.

The girls photograph elaborate, grand-guignol mock deaths — the credits roll over photos of the sisters run over by lawn mowers, at a cyanide tea party with their dollies, hanging from the rafter of their unfinished basement bedroom. The sisters share this photoshoot, which elicits both the desired reaction — “I am completely sickened, eh? Aren’t I?” asks the poor guidance counselor — and one far more pernicious: the school’s Big Jerk-Off On Campus (we shall henceforth call him “Jerk-Off,” because let’s not waste energy naming jerk-offs) wants to see the pictures of Ginger again. The other boys signal agreement with primal whoops, and a shiver of foreboding runs through Bridget.

Bridget (above) is a pale, slouchy, perfect scowler who shrouds herself in cavernous grey sweaters and old lady wool skirts. She wears big clunky shoes and hides her small, seething face beneath a mess of brown hair that looks like a fright wig. While the Fitzgerald sisters are clearly Gothy girls, Emily Merchant’s Bridget is less confrontational-looking — her clothing serves to shield her body from the outside world and any disgusting interest it might take in her (I deeply understand this look, as I spent my entire eighth-grade year hiding my rapidly developing boobs under my father’s shirts). Katharine Isabelle’s Ginger is the sister with “the rack,” the long red hair, and the more aggressive Goth style (striped tights! Petticoated skirts and chokers!); she is getting noticed by the mouth-breathers of Bailey Downs, the “mindless breeders” that the sisters actively hate.

Bridget’s plan for circumventing female expectations and hormonal high school rituals is to “wait it all out in our room.” Both are late in menstruating, and they hold their secret difference above the cliched girls around them. The sisters play a game in which they imagine the deaths of their peers, and it’s in the targeting of Trina, the film’s “mean girl,” that we see the full extent of Bridget’s fear and contempt for society’s model of teenaged girls. Trina is a “basic pleasure model. Your standard cum-buckety date-bait…DOA in the hair dye aisle shopping for diet pills and laxatives.”

Bridget’s plan to hide and deride her way through adolescence is becoming more difficult for Ginger, who seems both mildly curious about Jerk-Off and a little crampy. Bridget is afraid that Ginger will “go average on her” when she starts getting noticed, but Ginger insists that nothing has changed: they are bonded together forever, and they’ve made a death pact for good measure.

Mrs. Fitzgerald, however, immediately reads Ginger’s lower back-ache as Impending Menstruation, and is terrifyingly ecstatic about the prospect. Mrs. Fitzgerald, played to perfection by Mimi Rogers, is a relentlessly peppy craft store habitue in denim jumpers and turtlenecks. Mimi Rogers uses her crazy to great effect here, blasting her huge unblinking eyes at Ginger and cheering, “It’s the most normal thing in the world!” The Fitzgerald girls do not want to be a member of any club that has their mother as a member, though, and they deny Ginger’s change and posit spinal cancer instead.

In a nighttime revenge mission against Trina (who body-checked Bridget on the field hockey field), Ginger notices something horrific: there is blood dripping down her leg, and it is coming FROM THERE. She tells her horrified sister, “I just got the curse,” to which her sister replies, “Ew.” Ginger is indignant that she has been “screwed” by her body, and asks her sister to shoot her if she starts moaning about PMS. (Oh, and then Ginger is attacked by a werewolf, who comes out of nowhere to drag her into the woods. This is parenthetical because she has already been cursed.)

After Bridget saves her sister from the wolf, they escape just in time to see it killed — run over by Sam, the local drug dealer. By the time the girls get home Ginger is already healing, and by the next day, her main complaint is menstrual cramps. They shop for maxi-pads, and Bridget barely conceals her disgust while Ginger mutters, “one day, you too will know my pain.”

Ginger’s body has betrayed her by menstruating. This is a key tenant of the body-horror genre — the monstrous comes not just from the outside, but from within the human body, from infection or perversion or unwanted biological functions. In Ginger’s case, it is her metamorphosis from girl to woman that renders her monstrous. She is cursed by what feminist horror-film scholars call the “monstrous feminine” (see also: Carrie). Bridget’s first clue that Ginger is changing into something monstrously Other comes when she accepts the sleazy invitation of Jerk-Off to get high in a van, to “take the edge off” her cramps.

The sisters visit the school nurse, a pod-person dressed in the desexualized, denim-jumpered way of Mrs. Fitzgerald. All the adult women in Ginger Snaps are terrifying in their peppy excitement over menstruation, the urgency they express for the girls to join their ranks, and their dismissal of adolescent fear and confusion. The nurse, with an unwavering smile, explains menstruation in terms which sure make it seem like a death curse, likening Ginger’s blood to “garbage” that will be “squeezed out.”

Ginger disgustedly accepts this diagnosis, but Bridget is insistent that there’s something wrong, which Ginger perceives as jealousy: “I’m growing up and obviously you’re not.” As her sister becomes more distant, Bridget starts to read about werewolves and track Ginger’s changes (lupine-looking hair in the razors; a small tail) using the little maxi-pad ovulation calendar.

Ginger is changing into that most terrifying of societal monsters: the powerful and unapologetically sexual female.  As Barbara Creed explains in The Monstrous Feminine,

The reasons why the monstrous-feminine horrifies her audience are quite different from the reasons why the male monster horrifies his audience. As with all other stereotypes of the feminine, from virgin to whore, she is defined in terms of her sexuality. That phrase ‘monstrous feminine’ emphasizes the importance of gender in the construction of her monstrosity.

She flirts with Jerk-Off, which entails hurling him onto the field hockey field, jumping on him, and attacking his mouth. She is hungry like the wolf.

It is in her sexual agency and disavowal of traditional gender/high school roles that Ginger comes to disturb those around her. Trina says she needs to be “put on a leash,” but nothing curtails Ginger’s voraciousness — not even Bridget, whose outsider perspective on the traps of womanhood cannot yet conceive of actual female sexual desire, only female objectification or sexual passivity. She experiences Ginger’s sudden interest in mating rituals as an abandonment of their bond, their sisterhood.

Ginger’s sexual desire becomes threatening to the defenders and beneficiaries of traditional sexual roles, like her Jerk-Off boyfriend. When she straddles him during a heated make-out session, Jerk-Off tries to “right” the dynamic: “Just lie back and relax.” This is a BAD MOVE. “YOU lie back and relax!” she growls. “Hey, who’s the guy here?” asks the beef-jerky, in the most patronizing tone possible. “Who’s the guy here? WHO’S THE FUCKING GUY HERE?! You’re hilarious, caveboy.” Ginger’s spine goes spiky, and she attacks the screaming boy beneath her.

We next see Ginger with her mouth covered in blood, vomiting, trying to explain to her sister what’s happened. “I get this ache. I thought it was for sex, but it’s to tear everything to fucking pieces.” Though it turns out she killed the neighborhood dog, not Jerk-Off, she did have sex, which she describes thusly:

G: It wasn’t at all what I expected. Squirming and squealing and then he’s done and then you’re like, “oh.” He’s probably out there telling everybody what a freak I am.

B: Say the same thing about him.

Ginger has now crossed over into a world her sister cannot (yet) access, and it is a world of cruel double-standards, unsatisfied urges, and dead dogs. Bridget enlists Drug Dealer Sam in her plan to “cure” Ginger, but Ginger — now sexually aware and fiercely protective — sees Sam’s interest in Bridget as predatory, and threatens him. Ginger becomes more unpredictable and uncontrollable, and before long she is fighting Trina on the field hockey field, baring her canines and reveling in her ability to physically dominate.

When the first (accidental) human death comes and Bridget freaks out over hiding the body, Ginger tries to calm her down with a dispassionate explanation of sexist double standards: “No one thinks chicks do this kind of thing. A girl can only be a slut, bitch, tease or the virgin next door — we’ll just coast on how the world works.”

Ginger is soon beyond her sister’s efforts: she transgresses fully, irretrievably, and with that most damning of qualities: pleasure. She likes it, and the liking it is what damns Ginger. Ginger likens killing to “touching yourself — you know every move. I’m a goddamned force of nature.” She has no desire to go back to being “a nobody” and wants no cure. She wants her sister to join her pack, and when Bridget finally asserts her independence and rejects her monstrosity, Ginger goes lone wolf crazy, completing her metamorphosis.

Ultimately, it is only through the re-forging of their connection — by cutting herself and infecting herself with Ginger’s blood — that Bridget is able to find another way out. In taking the curse on herself, Bridget claims agency and autonomy, while reasserting her commitment to her sister. The filmmakers deny the standard “boy to the rescue” trope fantastically (when Sam asks Bridget, “How about you take this [serum-cure] and we blow?” she replies with perfectly clear disgust, “How bout NO?”).

The love story in Ginger Snaps dismisses hetero-norms and focuses instead on two sisters. Bridget must fight the monster in her sister and enact a new plan for dealing with womanhood: independence, power, and an ultimate rejection of death. Bridget will not be “taken” by the curse of the monstrous female: her body is her own, and it is full of life. 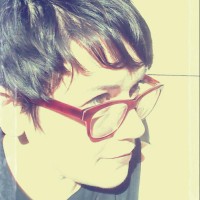 Jessica Roake writes about books, film, politics, and culture for lots of places, but only flexes her feminist film theory muscles for really special people, like you. Follow her on Twitter.