Failing at Life, Succeeding at Dogs

I came home to find Lily sitting under the table. My boyfriend had texted me a picture of a dog, a fluffy yellow puppy that, in another life, had probably starred in commercials with Christmas trees and Nordic-looking nuclear families. “If you came home with that I would not be mad,” I wrote back. Let us be very clear: I was kidding. We had talked about getting a dog in the past, but it was, I’d thought, less a plan than a running joke. Dogs! Hahahaha! But then I came home, and there was Lily.

I have always considered myself an ambitious person. I generally want things that are hard to get, and if I have not been terribly consistent in getting them, I maintain some sense of myself as “goal-oriented.” As a small child, I’d wanted a dog, but my parents had pointed out that having a dog would mean walking a dog, which in turn would mean less time for drawing, and did I really want that, if I thought about it? I did not want that. I was an aspiring graphic designer then — I was also four — and took my aspiring very seriously. (In retrospect, this was an inspired move on the part of my parents, and you should feel free to borrow it.)

As my parents saw it, animals were not a good use of one’s time. People who volunteered at shelters had questionable priorities. They made it clear that while the girls in my elementary school class who wanted to be veterinarians or horseback riders might be nice girls, they were not like me. I was ruthless. I did not have time for caring. I was going to be the Claire Underwood of graphic design. When I refused to ride a horse at summer camp, my parents were proud.

When Lily appeared under the table, I was working a dream media job that had become a lonely, stressful nightmare in less than six months. I woke up and wrote and drank coffee and then wrote and then wrote more, but it was not clear to me that I was writing what anyone wanted to read. Other than for the founder’s occasional missives regarding my lackluster photography (correct), we rarely spoke. I cried about advertisers. I cried about metrics. I cried about an interview subject who had not liked my assessment of his pizzeria. I tried to quit and failed. I cried again.

A dog is what you get when you’re successful, I thought, something I might get when I had a sitcom, or health insurance. At a certain point, I would have achieved so many achievements that there would be literally nothing left to do but get a schnauzer. I was not at that point.

Two weeks after Lily’s arrival, I quit the job for real, going out on a feature about babies in restaurants. I had nothing lined up. To quit a job — a theoretically okay job — and return to a life of networking emails (“I hope this finds you well!”) seemed stupid. Worse, it seemed millennial. I was now an occasional SAT tutor with a liberal arts degree and bangs wandering around Brooklyn with a border terrier.

The problem was that I liked Lily. She was skittish and enjoyed eating. I also was skittish and enjoyed eating. Still, when we decided not to keep her — technically, we’d only agreed to foster — I was relieved. I could go back to my real life. A month later, though, we got a call: could we take a schnoodle with eye trouble? A Jack Russell puppy? A compulsively masturbating corgi? Yes. The answer was always yes. We framed pictures of them around our apartment. We recounted their health problems to our friends in such excruciating detail they stopped calling, at which point we settled for recounting their health problems to each other.

A few months into my tenure as dog guardian, I had coffee with a high school mentor. “This is Lucia,” I told her, showing her a furry black lump on my phone. “That is HILARIOUS,” she said. “You?!” And I agreed that it was hilarious, an endearing contradiction. As long as the dog remained a punchline, I could be a person who buys dog sweaters without becoming a person who buys dog sweaters. “Can you believe I’m doing this?” I’d say, rolling my eyes, before throwing seven dollars at the bar and running home to my puppy.

“Glenn Greenwald has eleven dogs,” my boyfriend regularly points out. “And he seems to be doing pretty well.” This is not quite true: according to the latest counts, he now has twelve. The fact is, lots of people I respect and admire and want to be have dogs and also have careers. Andy Warhol regularly brought his dachshund to interviews. Enough Daily Show writers have dogs that they roam freely through the office. Jill Abramson has, for better or worse, written a memoir about her golden retriever. There’s no question that dog ownership does not preclude professional success. (Obviously. People manage to have children.)

Recently, I stumbled across an article about how dog ownership is actually great for your career. Dogs humble you, the article told me. Dogs put you on a schedule. Dogs force you to take walks. This is, for the record, dog propaganda. It is also true. I am on a schedule. I do take walks. If we’re being honest, I’m happier. I love dogs, it turns out. It is a surprise to me, too.

Eventually, we’ll find a home for the geriatric terrier. We’ll get another. 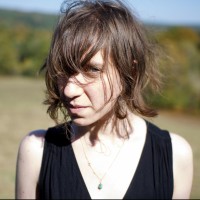 Rachel Sugar is a writer, editor, and sometimes-illustrator in Brooklyn. She tweets here.