In the final pages of Leslie Feinberg’s Stone Butch Blues, Jess Goldberg has a dream: “I felt my whole life coming full circle. Growing up so different, coming out as a butch, passing as a man, and then back to the same question that had shaped my life: woman or man?” This question shaped Feinberg’s life urgently, but what is striking about Feinberg’s life—and work—is how she always reached for greater complexity in understanding sex, gender, and the human expressions of both.

Convention dictates that Feinberg’s legacy is her writing, and this legacy is substantial and impressive. Feinberg authored two novels, Stone Butch Blues (1993) and Drag King Dreams (2006), and four non-fiction books: Transgender Liberation: A Movement Whose Time Has Come (1992), Transgender Warriors (1996), Trans Liberation: Beyond Pink or Blue (1998), and Rainbow Solidarity: In Defense of Cuba (2008); she also wrote numerous articles, opinion pieces, and political analyses, particularly for Workers World where she worked as an editor and was since 1974 a contributing writer.

Feinberg’s books are important, yes. Readers will return to them; they will continue to live in the world. The first publisher of Stone Butch Blues, Nancy Bereano of Firebrand Books told me about her manuscript reader who said of Stone Butch Blues, “I stayed up all night.” Bereano continued, “She had never said that to me before. Then I stayed up all night read it. I was blown away.” Yes, Feinberg’s books will endure, but they are one part of a vibrant life that Feinberg lived as a writer, artist, activist, public intellectual, and political dissident.

What I want to celebrate more than the books is the alchemy of the books, the writing, the speaking, the public engagements combined with Feinberg’s willingness to put her body, even in illness, on the line again and again, her deeply held political beliefs, the choices she made, the life of care and commitment that she created.

Born on September 1, 1949 in Kansas City, Missouri, Feinberg grew up in Buffalo, NY. Like her famous protagonist, Jess Goldberg, Feinberg left her family because of their hostility to her sexuality and gender expression. Feinberg joined the Workers World Party in her early twenties and was involved in numerous campaigns and mobilizations. Feinberg used words as one of her strongest weapons to fight against injustice and build revolutionary possibilities.

Once you break the silence, it’s just the beginning. (297) Jess Goldberg just had spoken at a gay and lesbian rally in Sheridan Square, discovering the power of her own voice, when Ruth tells here those words near the end of Stone Butch Blues. Earlier, listening to a young woman from Queens speak about being raped because of her lesbianism, Jess realizes, This is what courage is. It’s not just living through the nightmare, it’s doing something with it afterward. It’s being brave enough to talk about it to other people. It’s trying to organize to change things. (296) Organizing to change things was the work of Leslie Feinberg’s life. She lived through nightmares and emerged with courage.

Through her writing and activism, Feinberg introduced generations of readers to life as a butch lesbian, as a stone butch. Feinberg’s life and activism sparked transgender liberation and transformed understandings of gender. Synthesizing theories and ideas from gay liberation and revolutionary feminism, Feinberg further extended sex and gender as fluid, malleable constructs. Feinberg demonstrated how gender was a site of struggle for revolutionary liberation.

Minnie Bruce Pratt, Feinberg’s partner, spouse, wife, for the past twenty years, tells of their courtship in her memoir, S/HE. Like Feinberg’s work, Pratt’s story is sexy, fierce, and moving. Pratt muses at the beginning of S/HE, “No one told us: The path divides, and divides again, in many directions. No one asked: How many ways can the body’s sex vary by chromosomes, hormones, genitals? How many ways can gender expression multiply—between home and work, at the computer and when you kiss someone, in your dreams and when you walk down the street? No one asked us: What is your dream of who you want to be?” (15) Feinberg’s life, how she moved through the world, challenged gender; she opened more possibilities to elide, challenge, and subvert the question, woman or man? As a result of Feinberg’s activism, we all can dream more expansively of who we want to be and imagine new ways to resist oppressive sex/gender systems.

In the summer of 2013, Minnie Bruce emailed me with news that Leslie was sick, very sick, in hospice. She and Leslie were drafting an obituary, would I help distribute it when the time came? Of course. Of course. But Leslie emerged from that health crisis.

Feinberg lived to see Cece McDonald, an African-American transgender woman,  released from prison on January 13, 2014. Police arrested McDonald in Minneapolis on June 5th, 2011 after a racist, transphobic attack. McDonald survived but was charged with crimes for fighting back. In June of 2012, on the eve of McDonald’s transfer to a men’s prison in the state system, Feinberg protested outside of the Hennepin County Public Safety Facility. Police arrested Feinberg. McDonald served eighteen months in a men’s prison in St. Cloud, Minnesota before her release. Feinberg said in a statement about hir arrest, “as a white, working-class, Jewish, transgender lesbian revolutionary I will not be silent as this injustice continues;” she concluded the statement with a quotation from Frederick Douglass: Without struggle, there is not progress.

Even our most fierce liberation warriors discover how tenuous it is to be human, how fragile the thread of life. On Saturday, November 15th, transgender warrior Leslie Feinberg lost her final battle for health and life. Her last words: “Hasten the revolution! Remember me as a revolutionary communist.”

My charge with the family obituary was to focus on mainstream newspapers; Leslie wanted a document of her life and work in newspapers of record. Minnie Bruce and Leslie knew from their own work as historians how important it is to leave breadcrumbs in archives, so that in the future people, who need to know about our lives and our stories, can find them. There are now traces of Leslie Feinberg’s butch, transgender, lesbian life in the New York Times, the Guardian, the Advocate and other places, including the bylines on her books.

I imagine in the final moments of her life, Leslie did what Jess did at the end of Stone Butch Blues. Feinberg wrote in Jess’s voice: “I closed my eyes and allowed my hopes to soar. I heard the beating of wings nearby. I opened my eyes. A young man on a nearby rooftop released his pigeons, like dreams, into the dawn.”

On the occasion of Feinberg’s death, we are called to take up her mantle, to challenge oppressive systems of sex, gender, and class to allow our hopes for liberation to soar. Listen for the beating of wings nearby. Open your eyes. Dream into the dawn. 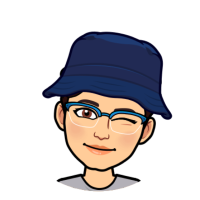 Julie R. Enszer, PhD, is the author of Sisterhood (Sibling Rivalry Press, 2013) and Handmade Love (A Midsummer Night’s Press, 2010). She also is the editor of Sinister Wisdom, a multicultural lesbian literary and art journal, and a regular book reviewer for the Lambda Book Report and Calyx.