How To Tell If You Are in an Alice Munro Story

Your sister met a man once. He loved her despite — or perhaps because of — her chronic illness.

He is your husband now. You have no children.

Nothing has ever happened to you except one thing, decades ago.

You are having an affair with a married man. His sister knows, and hates you. She has volunteered to drive you back to town.

You are thoughtful, well-read, and ruthlessly practical. You never marry.

You went to a place once. Decades later, you return under very different circumstances.

You see truths about people that no one in your small Canadian town wants to admit. A married man can sense this about you, and he offers to take you for a drive.

You met a man once. Decades later, you read his name in the newspaper. You feel nothing.

You are in a car with a man who hates himself. He offers you a drink of his whiskey. You decline, and something in the air between you changes. The afternoon is ruined.

You met a man once. Decades later, you married him.

You visit an elderly person in a nursing home, and they accidentally reveal a secret that explains your entire life. You carry on, more or less as you always have.

You have kept a secret from your daughter that explains her entire life. She dies.

A murder happens somewhere in your social circle. You carry on, more or less as you always have.

Your mother was a schoolteacher. She named you after a tragic heroine from the Western canon.

Your father is having an affair.

You own one fancy dress, but you aren’t wearing it today. You’re wearing something sturdy and practical, because there’s no use getting all dressed up just to go for a walk with a local widower.

It has been a long day, and you don’t know what to make of it. You fall into an uneasy sleep, and you have a dream that explains everything. It is frightening, but also peaceful.

You run a small business and keep to yourself, and you barely think about the thing that happened to you. It’s almost like it happened to someone else.

A man comes into the bar where you work. Something in his manner puts you on edge. A few days later, you see him across a crowded street. He looks troubled.

You have a conversation with a woman. It feels important, but you can’t figure out why. You marry her son.

You murder your husband. Decades later, you realize it hardly mattered.

You have sex. You carry on, more or less as you always have. 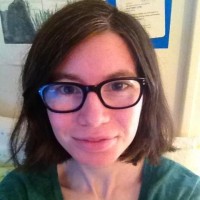 Eve Asher is a programmer and podcaster in Somerville, MA.