The Mysterious Life of Judee Sill

A friend came over with a folk album and said, “You’ll like Judee Sill. Real badass. I think she was a bank robber or something.”

And sure, with an introduction like that it was pretty hard not to at least be intrigued by the country-voiced woman singing earnestly about Jesus and the Astral Plane. In fact, it’s basically impossible to talk about Judee Sill’s music without some mention of her twisted, fascinating, totally audacious life.

She was born in California in 1944 to a hard-drinking mother and a father who was an exotic animal importer and amateur herpetologist. In the 1940s this amounted to Jeep trips through the deserts of Mexico, trapping iguanas to sell to Hollywood for dinosaur movies. He’d sometimes take the whole family along. He owned a seedy bar in Oakland, where Judee spent much of her childhood, hiding from drunken gamblers under the pinball machine. It was also where she taught herself to sing, practicing harmonies with the notes of the bar’s piano, her little legs dangling from the bench.

Her father died when she was nine, and her mother married an alcoholic, likely abusive animator that Judee disdained. She spent her home life trying to undermine him, until she broke free as a teenager, fell in with a gang of bandits, married one of them, and began robbing liquor stores at gunpoint. “I always had a big appetite for thrills,” she said later. Conscious of her image, of the idea of being an armed robber, she would practice the act in the mirror with her husband’s pistol. She was tall and skinny, with a mop of ash colored hair. At her first robbery she was so nervous she flubbed her one line, yelling, “This is a fuck up, motherstickers!”

She was caught and sent to reform school, where she served as the church organist, and learned her “gospel licks.” During the annual Christmas talent show, she nearly launched a riot by switching up her material and breaking into “The Prisoner’s Song” as the other inmates cheered.

After reform school she cast around, playing jazz gigs, experimenting with drugs, developing her psychic abilities. Everything about her was wild. Her husband died going down the Kern River in a rubber raft on LSD. She took a road trip with friends that led to being chased from an Arkansas town by a mob of white men for drinking from the Coloreds Only water fountain. She stole a slab of wood from the Petrified Forest because the signs told her it was a federal offense. Her brother died, in what was either a failed lizard catching expedition in Central America, or a liver infection. She became deeply interested in the occult, and enamored of the writings of Madame Blavatsky. Her mother died, and then she had no family left.

She met and married a piano player, and together the two developed a heroin habit so demanding that she turned to prostitution to support it. “I see why people get hooked,” she told Rolling Stone later. “The opiates afford an exclusive type of relief for people who have a certain quality in their unhappiness. It’s a kind of horror of air on your flesh.”

She was busted for a series of bad checks and sent to prison, where she was left to kick heroin “without so much as an aspirin.” It was there, as she awaited trial for forgery, that she reached a turning point. She decided she could take all the determination and willpower she’d used to sustain her massive drug habit, and channel it into becoming “the greatest songwriter in the world.”

It was impossible for her to do things by degrees. She immersed herself completely in her songwriting, living meanwhile in rundown studios; in flop houses full of male musicians (until they kicked her out for playing better than them); in “a ‘55 Cadillac with five people, sleeping in shifts.” She worked obsessively: studying the writings of Pythagoras, listening to “Bach and Ray Charles” for inspiration, taking LSD for the mind-broadening benefits. (She called it the White Peace, as opposed to heroin, which was The Dark Peace.) She believed she could reach people’s spiritual and emotional cores through the careful use of four part choral harmony and strings. She believed she could write lyrics pure enough to “entice God to give us all a break.” Sometimes it took the better part of a year for her to consider a song finished, but once she did, that was it, it was perfect.

Her contemporaries (of the so-called Laurel Canyon Scene) were at the time telling straightforward stories with their lyrics, but she employed a complex and shifting system of symbolism and oblique references in hers. To tackle subjects like love and faith and longing, she sang of cowboys, the Cosmos, enchanted sky machines, something called the Cryptosphere. To that end her songs about religion feel like love songs; her love songs feel like lying alone in an echoing cathedral, talking to God; and her only song with Jesus in the actual lyrics is really about her boyfriend leaving her for Linda Ronstadt.

“[I’m] interested in the alchemy of music and the value of subtlety,” she told a British Magazine in 1972. “I started understanding that to make a bush grow you prune it. To teach somebody something, drape it in a veil of secrecy and tantalize them into learning. Entice them.”

Openly bisexual, she understood love and desire as fluid, gender as something complicated. “The ‘elusive lover’ in my songs is really my vision of my animus,” she told Rolling Stone. “Every woman has an animus; it’s your internal male counterpart, just as every man has an anima. It’s archetypal. You’ll find it in all occult sources.”

About the time she had enough lined up for an album, David Geffen tapped her to be the first artist on his Asylum label, and since he had already made careers for the likes of Joni Mitchell and Laura Nyro and Crobsy, Stills & Nash, success seemed imminent.

But it didn’t quite take. Despite heavy airplay of the would-be hit “Jesus was a Cross Maker,” despite a warm critical reception, Sill’s sound, which she dubbed Country-Cult-Baroque, was just slightly too difficult to categorize, a bit too strange for popular appeal. By turns it evoked the clip-clop sound of a Gene Autry western, the emotional surge of a Baptist hymn, the complex harmonies of a Bach cantata. It was folk, sure, but it was no Joni Mitchell.

She was sent out on tour supporting bands that she openly deplored, and the audiences that paid to come see Three Dog Night were unmoved by the bespectacled, unsmiling woman in the shapeless flax dress before them. Her presence could be “severe,” recalled one radio host. “Women then were still expected to be fluffy and feminine and not combative. She just broke the mold of all of that.”

“I love people who are honest about their misery,” she said. “Who don’t try to be slick when they’re really uncomfortable and awkward.”

It was jarring to find herself paying dues this way after she had created a perfect album of songs. So she began each performance with a frank request that the audience buy her record so she wouldn’t have to “open for snotty rock groups” anymore. That she wasn’t a star herself at that point seemed a to be a matter of error. She had a vision for herself. She’d told a boyfriend once that she was “Homo Superior, the next step in the evolution of the human race.”

At home in California, before the money ran out, she allegedly lived in a “Hollywood mansion surrounded by adulating female fans she kept around like slaves, sunbathing naked in her backyard.” But when her second album (the extraordinary “Heart Food”) also failed to sell, and it became clear that stardom would remain elusive, her label lost interest in promoting her, and she lashed out at her once champion David Geffen, outing him on stage in a bitter rant. It was 1973 and he was still closeted. He cut her off and her career was over.

She died alone a few years later in her candle strewn, black-draped apartment, a needle in her arm, completely forgotten by the public world. Once close friends didn’t learn of her death until months and years later.

It’s ultimately a sad life, when you see it summarized this way, marked by misfortune and failure, I suppose. But listen to her music, to the two albums she managed to complete, and you’ll find songs of pure beauty and grace. These are songs about redemption and longing and hope, songs that call up to God in a way that can move even stone hearted atheists like myself. There’s an earnestness and openness to her songwriting that comes not from innocence, but from hard lived experience. In the end she was the realest kind of badass there is: a fiercely hardworking woman of astonishing talent and drive who could find no reason to compromise or to pretend. And in her few years creating music, she reached up from under layers of darkness and created, briefly, something uniquely beautiful. 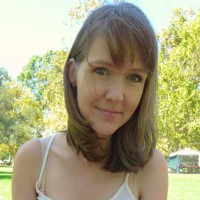