“Are You Angry With Me?”: Dating as an Autistic Woman

“I have to tell you something about myself, something important,” I said to my boyfriend. We were lying on a bed in a University dorm, a girl and boy who at nineteen were taking our first tentative steps into the world of relationships.

“You can tell me anything,” he said.

“There’s something wrong with me,” I said. “I mean, socially. I mean, I’m autistic. Well, on the autistic spectrum, and it sometimes makes me seem weird, or socially awkward, and it’s difficult for me to get things — you know, body language things.”

He paused, then broke into a smile. “You’re silly,” he said. “There’s nothing wrong with you that most people don’t have. Sure, you’re a little socially awkward, but you know what, that’s adorable.”

I let it go. I could have pursued it, could have explained how difficult school had been: how I’d gone to see lots of educational psychologists before finally being sent down to London to see Francesca Happe, a specialist in autism, who — after one hour of tests, which seemed like games at the time — diagnosed me with Non-Verbal Learning Disorder, a form of autism. It meant that while I was bright, and loved reading and chatting, I struggled desperately to read social signals. The language of the body, that which makes up an estimated 60% of communication, was almost closed to me. So instead I fell back on words — the safety of which I could understand, as their clarity left nothing to puzzle over or decipher.

In the years between twelve and nineteen, I had taught myself a lot — forcing myself to go out and read faces as you would a foreign script, learning to figure out certain movements and postures. But it did not come naturally to me, as it does for most people. Still, as a nineteen-year-old, newly at University, I could for the first time in my life “pass” for normal, or neurotypical. I felt a bit like a fraud, but it was also exciting to move among my peers and feel, for the first time, fully accepted as one of them. Sometimes I feared the mask would slip, that I would be discovered, but I seldom was — although sometimes in conversation, someone would develop a puzzled look on their face.

My boyfriend called me “adorably awkward,” but in earlier years at school, my awkwardness had never been adorable. I had just been weird, in a “she’s really bloody strange, we better keep away from her” way, more Stephen King’s Carrie than Carrie Bradshaw. When I was thirteen, I pissed in a crisp packet and then held it out to some girls who bullied me at school break time, waiting for them to put their hands in to try to get my crisps. I am not proud of this, but I tell you because as an autistic thirteen-year-old it seemed an appropriate way of dealing with people being mean and calling me weird. This of course did absolutely nothing to stop people from calling me weird, but at the time I couldn’t see how inappropriate my behaviour was. For a couple of months, I was sent to a special residential school for kids with behavioural problems, which was terrifying for all sorts of reasons I won’t go into here, and completely wrong for me.

This story perhaps illustrates how far I had come since the age of thirteen, and why it was easy to lie to myself at University — to say that I wasn’t really autistic anymore, or that by learning about social graces I had somehow “got over it” or “got past it.” I was a nineteen-year-old with long blonde hair, doing a degree in English Literature and living away from my parents in University flats. I wanted to keep my other side secret, or at least attempt to play it down.

It’s still difficult to tell someone who sees you as normal that you are autistic. There’s a feeling of coming out, of revealing something. And then to have that person turn round and say you aren’t autistic — well, that’s difficult, too. I’d like to say that my boyfriend’s words upset me, but it’s more complicated than that: I was both hurt by his disbelief, and strangely thrilled. “Adorably awkward,” I thought, beginning to embrace this new, if inaccurate, diagnosis, given by a boy who wanted me to be normal as much as I did. Here he held out a chance to rewrite my past, to eradicate all the fucking awful weird things I had done, and to become something else — a quirky awkward girl who was adorable. Hell, maybe I could even start wearing a beanie.

The relationship was to disintegrate months later, with him shouting: “Why do you not get it, why can you not see when I am getting angry and need to be alone?” and me in tears saying, “Sorry, I didn’t know, I just didn’t know.” “How the hell can you not know someone is getting angry?” he demanded.

I had given him the answer months earlier, but he had chosen not to accept it.

This experience was not a one-off. Through my early twenties I found that many guys would hone in on my “cute eccentricity,” my “beautiful weirdness,” and, yes, my “adorable awkwardness.” Autism didn’t come into it for them — I was not what people imagined when they heard the word. I didn’t rock in anxiety, I didn’t speak in a monotone, I laughed and danced and engaged with people, showing interest in their work and passions. Here the common misconceptions about autism were both my ally and my enemy: they allowed me to hide, and to embrace a status as “off-key yet normal,” but they also damaged me by giving fuel to the lie that I was just a bit odd, making it all the more difficult when it blew up in my face with someone yelling: “What the hell is wrong with you?”

I met Francesca Happe again a few years ago at The British Library, where we had coffee. I was working with Graeae, a theatre company with an aesthetic of disability, and I was interested in creating a play about what it meant to be in the borderland of autism — peripheral to the nucleus of autism, but nevertheless close enough to be affected. “You’re a pretty girl,” she told me, “and that may mean you have a different experience.”

This fits in with the difficulty girls face in being diagnosed with autism initially, and is perhaps a continuation of this denial — of the view of autism as something somehow male. Young men are believed when they say they are autistic; young women are not, and are instead encouraged to embrace the role of a lovely eccentric, decorative and quirky rather than “disordered.”

Francesca then told me something else: “When you were a child and first came to me, you could pick up some social signals, but the one you didn’t understand — couldn’t begin to understand — was anger.” Even then, the series of faces and postures I struggled with was someone getting angry — I just didn’t get it. Rather than causing complete oblivion to anger, this created anxiety for me: “Are you angry with me now?” I would ask repeatedly. As neurotypical folk can probably imagine, there is something rather scary about not being able to identify facial expressions, especially one as important as anger, and not being able to could easily lead one to a state of permanent anxiety.

Hearing this from Francesca was a relief; I realised it was something I knew but had denied for years, in favour of adopting the socially acceptable quirky image — think Zooey Deschanel as Jess in New Girl — a mould which was a fairly good fit at times, even if it was also false. It was easier for people my age, particularly men, to see my weirdness as a trope, as opposed to a complex neurological condition. For years I was guilty of going along with this.

My current boyfriend understands that I can’t read body language all the time; that if he is annoyed he must state it verbally and calmly; and that clattering resentfully around a messy kitchen, say, will not pass on the message that it is my turn to clean, but simply asking me for help will. Also, he must tolerate my asking if he is angry when he is not. We still argue, and sometimes he does get mad at me. But when he says, “How did you not know I was feeling that?” I have an answer. 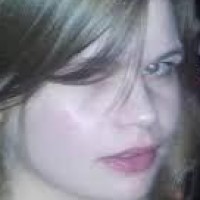 Hope Whitmore is an Edinburgh based writer in her twenties. She loves longform journalism, to read something amazing and true makes her heart beat quicker, and suddenly she becomes excited about all the possibilities of life as a writer and begins to yearn to go out and find stories. She likes looking at community notice boards (actual ones, outside churches and village halls) and talking to random people.