Could Whisky Save Our Water?

This is Alison Stine’s first piece for The Butter. Her previous work for The Toast can be found here.

Miller is from Bellville, Ohio, a small farming community bordered by the green hills of Amish country. Miller’s parents own a farm. He grew up amid the fields and barns. Once a friend and I called him and he was knee-deep in raspberries. So when it came time to gather ingredients for his homemade beer, Miller looked no further than the fields and woods of home. He used those wild black raspberries. And he used local spring water, pulled from the well on his family’s land.

“The house used to be Amish, and we tie into several springs,” Miller said, describing the water as “slightly sweet…a faint hint of metal. There’s a good bit of calcium, I know that; my whole life, we had calc build up on the faucets.”

The resulting beer had “a fuller, richer flavor. Cleaner,” a marked improvement from his first attempt at beer-making, when he had utilized treated city water from a friend’s house. “I wanted to make the best beer that I could, so I’d use the best water I knew of,” he said.

Ohio has a complex relationship with water, one that has only compounded over the past few years as hydraulic fracturing, the practice of forcing natural gas deposits deep out of the ground using a potent brew of chemicals and water, has skyrocketed. The Utica and Marcellus Shale deposits cover about half the state, though they are believed to hold much less natural gas than previously thought.

But fracking uses a lot of water: 40,000 gallons for each fracturing attempt—and all that waste water and chemical sludge has to go somewhere. So Ohio is one of the states that has become a resting ground for the waste of fracking, taking in the chemicals leftover from operations in states as far away as New Jersey.

The exact combinations of fracking chemicals are secret, one it is a felony in many states to reveal, but the chemicals that have been disclosed are worrisome—and cancerous: radium, ethylene glycol, benzene. These toxins, housed in plastic, are shot into the earth across Ohio, particularly in the poor Southeastern counties of the state: the foothills of Appalachia, where I live. There’s an injection well for fracking waste just down the road from me. Recently, an out-of-state fracking company was issued a permit in my county to build up to 15 more.

Southern Ohio has a history of exploitation: mountaintop removal, coal mining. Most of the creeks in the woods here run a coppery red. A strange and almost lovely color, it’s also deadly: evidence of acid mine damage seeping up out of the ground. There’s an active coalmine the next town over, and some days, you can hear blasting from the dynamite. Fracking is the latest in a long line of misuse of the land and abuse of the people of Ohio—only the specifics have changed.

But something else has changed in Ohio over the past few years; something old has come back: moonshining.

In 2012, Ohio amended liquor laws to allow more licenses to be granted to micro-distilleries, small operations that produce limited amounts of craft alcohol. A decade ago, two micro-distilleries operated in Ohio. This year, there are dozens.

I visited one, Straitsville Special Distillery, at their grand opening during the New Straitsville Moonshine Festival. It was the 44th anniversary of the fair, celebrating this corner of Ohio’s history of bootlegging, but it was the first festival in decades to sell legal moonshine, thanks to the changed law and Doug Nutter, co-founder of the distillery. Moonshining runs in Nutter’s family. He grew up hearing stories about stills in the lush hills of New Straitsville, a coal town that became legendary for its corn whisky brewed by out-of-work miners during a strike in 1884. When it came time to cook his own legal mash, Nutter looked no further than his family tree. “We have a recipe that is more than a hundred years ago,” he told me proudly.

But when he took me to the back of the distillery storefront, a former miner’s mercantile that once sold dynamite, what was most striking amid the barrels and filters, were the water pipes.

Nutter, like Miller, used local spring water in his recipe. “I’m so sincere in that, that I had two sets of water lines in this building,” he said, pointing them out. Legally, he had to have a line of city water running into his building. But the water primarily used for his whisky, selling briskly out front in jugs labeled with a black and white image of the town, was local.

“The way I tell the difference between my city and spring is the knobs on my spring are green, bright green,” Nutter said. “Think green, think spring.”

Think profits. There was a line out the mercantile door to buy moonshine.

And think taste. The shot that Nutter poured for me was crisp and clear. The word that came to mind was clean. It tasted clean—like Miller had described the beer made from his family’s spring. It tasted of home: bright skies, fresh streams.

As Brad Measel of Flat Rock Spirits in Dayton explained: “Most of the taste in the whisky comes from the wood… but the water does play a part in how well the yeast worked for the water. So if you’ve got happy yeast, you’ve got happy flavors.”

Flat Rock Spirits primarily uses local Ohio ingredients, including “locally sourced corn from Indiana, just outside Cincinnati, [and] soft red winter wheat from Clinton County.” Measel believes fresh, local ingredients make a difference in the taste; one of their moonshines recently won a gold medal in best of class at The American Distilling Institute in Seattle. It also makes a personal difference. “We like to buy as local as we can with anything we do. We’re hoping that other people feel the same way, that we can get others to look at Ohio first.”

But good, local water is more difficult than grains to source. “One of the things we don’t have is high quality water,” Measel said. “We get that because we spend a lot of money [for it].”

There’s a big fight over fracking in Ohio. Towns want jobs and profits, especially in cash-strapped Appalachia. But residents also want their children to be healthy, their homes to be safe, their businesses protected. Can Ohio find something more profitable than opening its gates to toxic waste?

In the fight over fracking, could whisky save our water?

The answer, unfortunately, is probably not. Though the micro-distillery movement has taken off in Ohio in a big way, it’s unlikely to gain enough momentum to halt a quasi-profitable, if largely untested, industry like fracking. In states like Tennessee and Kentucky, local spirits function as a huge part of the economy, and distilleries do make a difference in the fight for clean, protected water, influencing strict laws regarding water usage and purity.

Ohio largely lacks the “good whisky waters of Tennessee and Scotland,” as Measel said, but the local food and slow food movements are putting the state on the map. Just last summer, my little town played host to Ohio Beer week, hosting over 25 craft brewers and thousands of beer enthusiasts, many from out-of-town.

Maybe whisky can’t save our water, not alone—but maybe whisky and beer can. Maybe corn and asparagus and strawberry tarts and calzones and chocolate can. We have something here, and maybe it’s not water fine enough for whisky, but it’s good and it’s ours.

What we do have we need to protect. I think of Butchel, Ohio, just up the bend from my home, where families gather with buckets and bottles every morning to fetch water from the town spring. It’s free, important in an Appalachian community where services can be difficult to come by—but the town spring water in Butchel also just tastes good.

All photos taken by the author. 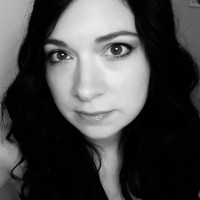 Alison Stine's first novel Supervision will be published by HarperVoyager in April 2015. She is also the author of three books of poetry. Her essays have appeared or are forthcoming in Virginia Quarterly Review, The Awl, The Toast, and Jezebel. She lives in the Appalachian foothills.