Carnival of Souls: A Coming of Age Story for Queer Women?

It was only a few years ago that I curled up on my parents’ brown leather couch during a holiday weekend with a glass of Riesling and a plate of pork chops and gravy to watch an eerie B movie with my aunt. My aunt, a lady who loves old horror movies and wins every trivia game ever made, insisted that my family watch Carnival of Souls, a 1962 film by Herk Harvey, whose name I wasn’t cool enough to know at the time.

It is a movie that inspired David Lynch’s style, and depending on your opinion of Lynch that may or may not be a good thing, but the point is that I was completely ignorant to the context behind the movie I was about to watch. For me, that was probably a good thing, because watching it as an anonymous ’60s horror film allowed me to see some things I ordinarily wouldn’t have.

At the time I was aware of being bisexual (I enjoyed The L Word too much; I sometimes yelled, “I told you so!” when a female character hit on another female character in a television show or movie – hey, I called it on House of Cards, for what it’s worth), but I was repressed and still in denial. I tried to compartmentalize and put it aside as an inconvenient truth. So I was pretty taken by this story of a cold, defensive young woman trying to make sense of the world, while feeling completely disconnected from it.

The scene opens with a carefree young woman with messy hair and a sly smile leaning out of her car window. She accepts an invitation to drag race with a car of young men. The male driver is of course wearing a porkpie hat. “I’ll show him how to drive. Just watch me,” she says, which was a pretty gutsy move for a woman back then, and now. Mary, the protagonist, looks apprehensive, and maybe scared. As she races them, the man’s car bumps up against hers and her car falls into the river.

The scene essentially opens with an aggressive, risky act on the part of a woman, and she pays for it. It’s the movie’s first example of a woman eschewing convention and she dies for it. Mary, on the other hand, a quiet, femininely dressed organ player, who was totally not on board with drag racing, manages to survive.

As we soon find out, however, Mary may look docile, but she’s a total firecracker.

In her scenes with both of her employers, one of whom is an organ factory owner, the other a minister, she talks back to them at every turn, despite their multiple attempts to cajole her into social engagements, or shame her into stating her allegiance to the church.

“Not quite the attitude for going into church work.”

“I’m not taking the vows. I’m only going to play the organ.”

Her tone makes her sound more like a rebellious teenager making fun of a stuffy principal in a John Hughes film than a woman in her twenties speaking to her employer, a minister in the 1960s. I was pretty surprised to hear such defiance from a woman wearing false eyelashes the size of butterfly wings, but to me she may as well have been Marlon Brando asking, “Whaddaya got?”

Oh, and then she adds that she’s never coming back, nor is she going to stop at her parents’ home. No nostalgia. No sentiment for a community that hasn’t served her well.

She sasses the minister at her new job too, by asking to skip the church social.

“I don’t suppose it’s an absolute necessity. I don’t know what the ladies will say though.”

This is just one more social convention for Mary to bulldoze over with her incredible bitchface.

“Well if they say I’m a fine organist, that should be enough. Shouldn’t it?”

He then presents this condescending nugget, which is clearly the spoken form of a head pat.

“But my dear, you can’t live in isolation from the human race, you know.”

One thing that’s hardest to explain to other people about being queer is that you constantly feel out of place and unsure of how to behave, especially when no one knows but yourself. I’ve always felt like something of an imposter among a group of straight women, so I had a few close friends I trusted not to judge me, even when I couldn’t admit to myself what I thought they would be judging me for. I felt insufficiently feminine, even though there is nothing inherently masculine about being attracted to women. You internalize feelings about what it means if you are one of those women. So even when you’re with your friends, you probably feel alone, especially if you don’t live in an urban area where, by simple math, you meet more people like you and more people know of people like you.

That is why scenes where Mary tries to withdraw from the community she feels disconnected from, and gets chastised for it, rang true for me. It helps that Mary is in 1960s rural Utah, a very distinct — and conservative — place.

And although being queer is not synonymous with man-hating, as popular as the notion is, it is subverting the norm. So it seems natural for people who have never been comfortable with accepting what’s considered culturally permissible to dislike the kinds of men who represent that system. And all of the men in the film represent the most stereotypical of misogynists: a sanctimonious factory boss who accuses Mary of not having a soul, another sanctimonious minister who says Mary has a soul, but later changes his mind and calls her “profane” for playing the wrong organ music and an alcoholic, grabby, Peter Campbell look-alike who has most certainly sexually assaulted at least one woman in the past.

I also won’t forget the psychologist, Dr. Samuels (whose credentials seem questionable) who shakes her – a complete stranger – in the park and shouts, “Hysteria won’t solve anything! Control yourself!”

For Mary, not a single man in the film has shown anything but contempt at worst and fascination at best.

As often as Mary tries to run away from “the man,” a zombie who follows her throughout the film and is played by Herk Harvey himself, he is actually far less threatening and unpleasant than most of the men in her life. He’s a little unsettling and not much to look at, but he doesn’t seem to demand anything of her.

Mary’s afraid of leaving her world for that of the zombies’ world, but in reality she already left it long ago. She simply won’t accept that she doesn’t belong in that world and has to leave. She’s terrified of the new world in front of her, and for good reason, since she doesn’t know anything about it and has been taught to fear it. However, she’s miserable where she is, telling Dr. Samuels that she has no desire for the close company of other people.

She can’t hear other people’s voices or make herself heard by others. She is so consumed by her fear that it’s all she has and she doesn’t seem to know it yet. She is so drawn to the abandoned carnival where she first sees “the man” that she’s can’t stay away, even telling a minister that she will break the law and trespass what he calls a “dangerous place” in order to go back there.

I see plenty of parallels between Mary’s story and a coming of age story for a lot of queer women. You may be defensive, uncommunicative and antisocial. You may feel slightly paranoid at times, as if everybody knows, and at others, feel completely invisible and detached from the world around you. At some point, you begin to accept yourself and slowly let the fear go. You may eventually accept that you are part of another community as well.

The difference here, of course, is that Mary seems legitimately terrified to see a dead version of herself dancing with “the man” (fair enough) and runs from the zombies until she collapses in the last shot of the scene.

But I have to say, when a policeman, minister, and other esteemed men of authority search for her on the beach, and find nothing but her last footprints, I felt a sense of relief. 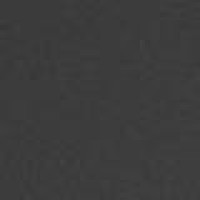 Casey Quinlan edits the investing section at U.S. News and World Report and is a freelance writer for publications such as Nerve, xoJane, Autostraddle and The Crime Report.