How To Tell If You Are In A Terry Pratchett Novel

You are a wizard and do not practice magic, which means you’re in no danger at all of going Bursar.[1]

No matter what country you find yourself in, someone always offers you a cutthroat deal on very dubious-looking sausages in buns.

You think it’s perfectly reasonable to try and kill Father Christmas the Hogfather.

Sometimes people die. Then they campaign for the rights of the undead.

Because you could not stop for Death, he kindly stops for you. And then imparts some valuable advice about the nature of life itself before taking you out for a curry and introducing you to his family and his horse, Binky.[2] Death isn’t cruel after all — just terribly, terribly good at his job.

It is a dark and stormy night. “Bugger this for a lark,” you grumble. “I don’t see why we have to meet at night, and even less why we should meet in a storm. It’d be much more sensible to just lunch at the Ritz.”

You have a pet ptortoise.

You’ve sung every verse of “All the Little Angels,” which at first seems silly, but then gains significance until the very question “How do they rise up?” makes you unexpectedly weepy. Soldiers’ songs are alike that way: sentimental with naughty bits in, and sung by voices you hear only in your memory.

You are a member of the Seamstress’s Guild. You don’t know how to sew, but you’re being considered for a leadership role if you know what I mean.

Someone you know has taken an aphorism or a metaphor to its illogical conclusion.

You drink to forget. You’re so successful at it, you no longer remember what it is you wanted to forget in the first place.

You have a matter-of-fact way of explaining complex systems of institutionalized social inequality using household objects; i.e., socks and boots.

You’ve seen an old man of no discernible race calmly sweeping the street. You think you may have seen him before, but, then again, you could just be peering down the wrong leg of the Trousers of Time.[3]

You can tell magical creatures apart by their distinctive speech patterns.

You are a witch, and can turn anything into anything, particularly weaknesses into strengths, and selfishness into selflessness.

You can save the world because it is yours.

You have a pet that has, at least once, turned into a human being.

You are a human being that has, at least once, turned into a pet.

You see little blue men. You haven’t been drinking. They are happy to change that for you.[4]

You are a recovering vampire who’s bandaged over your addiction to blood with another powerful, but less dangerous craving. You would literally kill for a cup of coffee.

You are a recovering vampire who knows that when you’re tempted to bite, you will be stronk! You know that at the mission, zere’s a nice cup of tea and a bun, bun, bun…

You or someone you know is an Igor. Or rather, you knew several someones who are now Igors.

You have exclaimed “Pull the other one then!” or “With bells on!”

You are a demon who did not so much fall as saunter vaguely downward.

You are an angel whose main goal in life is to never sell a single book.

It does not surprise you when animals can talk. It surprises you when they have something sensible to say.[5]

You know the difference between stories that want you to believe what you are told, and the ones that want to help you learn. There is nothing so powerful as a story — and nothing so human.

You may live in a ridiculous world full of lies, but you hold fast to the important lies of fairness, mercy, and human dignity. Even if you never find a single molecule of fairness, the fantasy of it is what unites the falling angel to the rising ape. It’s what makes us human.

[1] Unless you are, of course, a librarian, in which case you are probably an orangutan. Ook.

[3] Not to worry if you do; the History Monks are very good about repairing any accidental rips, and make sure to keep said Trousers nicely washed and pressed.

[4] “Crivens, ye buntie!” they cry, forcing some foul-tasting brew down your throat. “Dree your weird!” You do. Oh how you do.

[5] It’s even worse if that animal is a bird. Many a pleasant spring afternoon has been ruined by the manifold shrieks of, “Look at my lovely plumage!” “This is my tree!” and “Bugger off, I have a nicer tree and nicer plumage!” 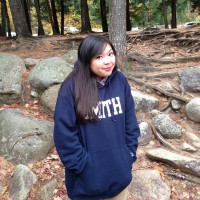