Previously in this series: An Album from The Hold Steady Where No One Gets Wasted or Shows Questionable Judgement.

“Riding Trains is Preferable to Robbing Them”

“My Moral Compass is Stronger than My Fear of Losing You”

“Our Relationship is Based on More than Fleeting Passion”

“No One Will Be Executed Today”

“Racing for the Border to Rose’s Timeshare in Cabo”

“Give My Love to the New Warden, She Seems Nice”

“The Evidence was Fairly Considered by a Jury of My Peers”

“Everyone Employed by this Railroad Company is Emotionally Well-Adjusted”

“Happy Birthday to You, Even though You’re Not Dying Today”

“We Chose Not to Marry Because We Recognized Our Incompatibilities”

“The Well-Fed Dog Who Sleeps in Bed with Me”

“No Women Were Harassed at This Bar Tonight”

“Unloaded and Locked: The Safe Way to Own Guns”

“Good News from the Governor”

“No More Whiskey for Me, Thank You” 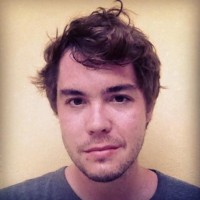 Michael Whitney turned a mistaken childhood belief that "End Construction" signs were put up by protestors into a career of progressive activism. Follow him on Twitter at @michaelwhitney.