How To Tell If You Are In A Gilbert & Sullivan Operetta

Your fate was determined by a nursemaid with an unaccountably grand flair for the dramatic.

Your ancestors are all somewhat more alive than usual.

The love of your life is either your childhood sweetheart whom you have never forgotten, or a man you met fifteen seconds ago.

Everything in your life hinges on a legal trick.

You are frequently and hilariously confused by homophones.

You sing, but only when other people are singing, and not in complete sentences.

You don’t actually sing, you just string words together really quickly with rhyme and hope no one notices.

You are a poet, but something in the back of your mind strongly suggests that you used to be a curate.

You are not married. This makes you unhappy.

You are about to be married. This makes you unhappy.

You are a woman over twenty-five, and therefore hideous, unmarriageable, and an alto.

You and your twenty or so best friends all want to marry the same man. This causes you no problems whatsoever, and actually bonds you more closely than before.

You have a pretty taste for paradox.

You speak English, but will lapse into Italian in order to create rhymes at the drop of a hat.

Every situation in your life is but a poorly developed metaphor for some tick of nineteenth-century English society.

You live in a country other than England, but the only way to tell this is from your dress and your occasional use of another language, as you are otherwise entirely indistinguishable from an English person.

You are an orphan.

You are not an orphan, but have just said that you are to a man who is altogether too interested in this fact.

You think you are an orphan, and are rather surprised to discover that you have either very rich or very disreputable relations.

Your mother is younger than you, or at least appears to be so?

Every time you sing a song with someone else, you are beset with the nagging feeling that their verses have a hidden meaning you can’t quite put your finger on.

You allow your daughter to become educated, and this causes great trouble for everybody.

You and your coworkers can explain your jobs to anyone who asks in eloquent counterharmonies — and frequently do.

Your society’s legal system is fundamentally corrupt and everyone knows it, but no one has a problem with it.

Everyone around you knows your greatest secrets well enough to sing appropriate choruses as you reveal them.

You explain metaphors at great length, yet your listeners still do not quite grasp them.

Nobody you know ever dies, although really someone ought to have.

Exactly one person dies, and everyone is much happier because of it, even if they really shouldn’t be.

Everybody you know is married eventually, although possibly not to the people they intended to marry.

All your hopes, dreams, and dearest ambitions are ruined by excessive heterosexuality. 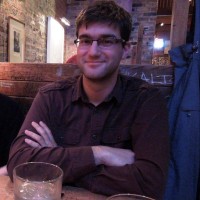 Philip Goldfarb is an English Ph.D. student studying Shakespeare. He once entirely rewrote The Gondoliers using only music from other Gilbert & Sullivan works.