My last breast reconstruction was a seminar on circulation. Several times a day, the nurses would come in with dopplers and listen. My heartbeat sounds crisp, like someone biting into an apple. The venous pulse in my tissue flaps hit the same beat, but vaguely, a brush on the drums. The arterial pulse sounded like the wind circling the top of a hill. These are the sounds of everything going wrong. I went home flat chested. The four surgeries I had that week left me with surgical drains, a bag that dripped pain medication into my abdomen, anemia, and dramatic new scars.

I had already done two years as a breast cancer patient, and it wasn’t my first run at reconstruction. I knew that this surgery was going to be rough, but even knowing exactly how much I was going to suffer would not have caused me to draw back. The only thing that would have stopped me would have been knowing in advance that it would fail.

Every attempt I’ve made to replace my breasts has gone badly, and the resulting disasters have gotten progressively worse. I have had a defective implant, a post-op infection, capsular contracture, and three emergency surgeries. I refuse to try again, surgically.

There are two known routes through breast reconstruction: you want it, and you get what you want, or you don’t have it because you don’t want it. There are many kinds of surgical failures, but the assumption is that if you want surgery at all, you will keep having it until you reach satisfactory results. Plastic surgeons will take infinite pains to get you there. They do not admit in their promotional materials that all the pain is going to be yours.

Sometimes I tell myself I don’t have prostheses because I am afraid it would go wrong. When I try to put things on my body that approximate breasts, bad things happen. I would probably die in a car accident on the way to get prosthetics fitted. If I miraculously made it through the doors uninjured, the building would collapse. Everyone at the mall would be better off if I let it go.

Sometimes, I feel like prosthetics would be dishonest. I didn’t have this ethical issue when I decided to let a surgeon move and sculpt my belly flab, it’s a new thing. Artificial breasts of any kind shouldn’t be more troubling than any of the daily cosmetic deceptions I’ve signed on for, like concealer, or hair dye, or the non-stop effort of pretending I don’t grow leg hair.

Patients who forego reconstruction are described in books and brochures as brave, mature, and confident, which is great, until someone tries to tell me how much they respect me for the choice they assume I made. I tried to be cowardly, juvenile and insecure. It just didn’t work out.

All my life, I’ve been mistaken for my sister. Even now. My hair is short, shaved in back, and hers is shoulder length. She wears wire frame glasses, and I’ve got chunky plastic ones. She still has the breasts she started with. The people who confuse us for each other cannot possibly be looking at our faces, or our hair, or our bodies. Maybe our mother was right when she told us it was our insides that count. No one’s noticed I don’t have breasts anymore because the thing they actually see is that I have overdeveloped opinions about transubstantiation, Henry VIII, and the locavore movement.

The differences in my life before the failure and my life afterward are all me. I don’t talk to strangers much anymore. Anyone I’m intimately acquainted with is eventually going to see my chest, or ask me what happened, and those are bad things. I don’t develop new acquaintances. I talk to some of the people I know, and when I have to talk to deal with business. If I knew someone before the surgical disaster, and I’ve kept talking to them all along, I can talk to them still, but if I lost touch with someone a month or so before reconstruction, I don’t want to talk to them now. I don’t want to have to explain. No one has rejected me because I have rejected almost everyone.

I am told that breast reconstructions like the one I tried to have fail about 1% of the time. Some portion of women have breast cancer, some portion of those have mastectomies, some portion of those have autologous reconstruction with abdominal tissue, and 1% of those women know exactly what I’m going through. I can’t guess at the missing terms in that equation, but there must be a few dozen or a few hundred of us. I have yet to find even one of them. Not talking and not explaining appear to be popular choices.

There is no resolution to this story. I have no idea what happened to the rest of those dozens or hundreds of women. I guess each of us goes on alone into the same world that we’ve always lived in, as different people then we were before. 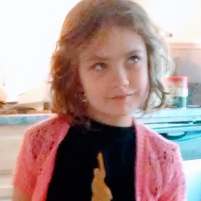 Elizabeth Abraham sometimes prefers to claim she lost her breasts in a DIY home repair accident. She lives and works in Boston.