All the children had been given away, and now Darcus Mullins found herself driving the curving road up toward Isaban to look again at the burning slag heap. Along the way, she would pass the house where Leonard had been sent, and she would slow the car to a crawl so she could peer down into Hatfield Bottom where he sat playing in the mud with his new foster sisters, patting pies into shape and drying them on the low stone flood wall. Between the leafless trees she could see his dark head bent in concentration, the little white heads of his new sisters beside him, the littler one with her arm crooked up over his neck.

The screen door to the little clapboard house was scotched open, and Darcus knew that the girls’ mother was keeping a careful eye on the children. The windows were rolled down in the car, and Darcus heard music coming from the house, Donna Fargo. “Funny Face.”

Darcus inched down the mountain taking a long slow view of the swing set next to the house and the coal shed nearby, piled near full. There was a pony in the pasture between the house and the trailer where old Eudora Hatfield the landowner lived, that looked like maybe it belonged to the blonde-haired foster family. On a previous drive-by, Darcus had noticed the rabbit hutch where the girls had seemed to be showing Leonard how to hold one of the animals without getting scratched.

If she had had a man who’d built a rabbit hutch, Darcus had thought sullenly, well, then that would’ve been a different story.

She eased the car quietly around the mountain road until she reached the dirt drive leading into the foster family’s yard. There was a moment when she considered why she was there. Then Leonard’s eyes caught sight of her and just as before, she gunned the old Plymouth, its corroded muffler detonating charges that rang off the sheer rock-faced mountains around them. dat! dat! dat! Again as before, Leonard lit to his feet like a deer, head perched high on his neck, arms akimbo, and this time, mud pies falling to the rain-soaked earth below. Set running by his heart, nothing more, he chased the car, tears streaming to his ears, bare feet slapping in the slick bottom, the knees of his high-waters soaked through.

The little tow-headed girls stood yelling for him. “LIN-Nard!” they cried. “LIN-Nard!” Alerting their mother who came out the door and down the porch steps, eight months pregnant, wearing a smock-top that couldn’t be worn for much longer, and watching as Darcus’s car rounded the mountain, coming in view now of the backside of the house.

Darcus glanced over the edge of the steep road into the narrow back yard at a couple of pawpaw trees, the leaves of which had gone bright yellow, the few lingering fruit black. Through the rear-view she saw Leonard doubled over bawling, now running again, and then finally just staring as she drove out of sight.

She was a heartless woman, the pregnant mother must’ve thought as she stroked Leonard’s wet face and drew him up under one arm to kiss his head. But what did she know about it?

When she reached Isaban, Darcus stopped the car by an old shack bearing metal signs advertising Dental Snuff and Spark Plug chewing tobacco. She smelled the oily smoke of the slag heap before she saw it smoldering in the distance. She had grown up by such a slag heap as this, and now she wanted to remember it. She saw her daddy climbing out of the bed of the truck he paid the driver a quarter a day to ride home in, a dollar symbol painted on the vehicle’s doors to indicate the driver was for hire. He would smile when he saw her and a strike of white would slash across his blackened face. They lived in the foreign section of the camp with the Italians though they were not Italian. Portyghee is what her mommy said they were, but that’s not what others called them. They lived near the burning gob pile that kept her poor mother scrubbing away at the oily residue that coated the plaster walls of their house.

Darcus lit a cigarette and wondered how it was she had not been sent away to the penitentiary. The judge had found her guilty by reason of temporary insanity, taken her children, and let her go. Melvin’s family had snatched up the kids, divvying them up among themselves before she’d even been released from the psyche ward in Bluewell. The littler ones would have already forgotten her by now. One or two were up in Virginia or down in North Carolina, but Leonard was here and he would remember.

It was the kerosene burns on the babies what found her negligent, sores where they’d crawled through raw fuel that one of the older ones had sloshed when filling the heater. Most people said she’d lost her sense from being beaten so often in the head, but they showed no pity on her. Now here she was, wandering the hillsides like a revenant.

Leonard had been her brightest and best behaved child, and she knew he would not cause any trouble that would make the foster family send him packing. He would not steal as two of her others were liable to do. The eight-months-pregnant foster mother would never let go of Darcus’s boy. And so it was up to Darcus to draw him back herself. She was not so off in the head she didn’t want someone to love her, and Leonard loved her more than all the rest combined. It had been Leonard who’d stood up to his old man whenever he’d taken to thumping on Darcus. Leonard balling up his small fists and issuing threats that only got him his own set of bruises to match his mother’s. The boy had been too small, but his love was plenty big enough to save Darcus from the hollow feeling that haunted her day and night now that the old bastard was dead. Leonard, she murmured in the car. My baby.

The rabbits kicked inside the gunnysack until their bodies righted themselves into some measure of comfort. One was dyed yellow, the other pink, for Easter, though both showed patches of white where the dye had begun to fade. Darcus put the sack in the floorboard behind her seat and sped away in the old Plymouth, the car’s usual backfires going unnoticed today as the children were in school and the eight-months-pregnant foster mother was off taking her cosmetology examination so she could open her own beauty shop in the little mobile home trailer her husband had dragged into the bottom and underpinned with thin sheet metal designed to look like cinderblocks. Darcus had taken a turn around the little trailer, climbing up to peer inside the screened windows at the white Congoleum floors and the fancy mirrored walls. If she’d had a man who’d bought her a trailer, it would be a different story indeed.

But Darcus’s man was dead, and she’d killed him, and what she now had was two rabbits that had not long before been handled by her baby boy Leonard, and she wanted something soft to hold against her cheek, something smelling of her Leonard perhaps, and so she toted the rabbits up around the bend and sat with them in her lap in the long front seat of the Plymouth. She stroked the rabbits’ soft fur as she stared into the burning slag heap. Its glowing embers had always had a calming effect on Darcus no matter how hard her mother had tried to scare her with threats of the devil coming to get her if she didn’t quit misbehaving. If she didn’t quit letting boys put hickies on her titties. She recalled the way her mother had clasped her jaw and craned it side to side to have a better look at her neck. “You ain’t careful,” her mother warned, “your whoring around is going to saddle you up with a whole slew of young ones.” And she was right. Darcus was even then pregnant with her first, although that wasn’t counting the one that had slipped out and fallen into the outhouse pit. But that one had been dead, Darcus was sure. She’d stared into the slurry after it and when no sound of a baby’s cry came, she was satisfied it was so and went on about her business though with a sadness she hadn’t known before. Imogene, she called that one.

Darcus opened the door of the Plymouth and climbed out, nuzzling the yellow rabbit to her face and closing her eyes as she delighted in the silky fleece of the animal’s fur against her skin. So soft, she said, bending and lowering the rabbit onto the steaming earth. The rabbit leapt forward and cried out as its feet were set ablaze by the burning embers it scampered upon, hopping wildly now deeper and deeper into the burning culm. Darcus stood watching, a distant expression on her face, as the animal soon fell over dead and burned to a cinder.

The school bus was letting the children off at the foster family’s house when Darcus rounded the curve coming into Hatfield Bottom. There was Leonard holding hands with his foster sisters as they crossed the road, a little chain of paper dolls. The eight-months-pregnant foster mother stood waiting at the screen door. Darcus rolled down the window and called Leonard’s name. The boy turned, and Darcus held up the pink and white rabbit.

“Flopsy!” cried the smaller of the two tow-headed girls.

The eight-months-pregnant mother came down the steps of the porch with a look of panic on her face.

“I was just going up to the park to let Flopsy play in the grass,” Darcus said.

The eight-months-pregnant mother broke into a run. On the stereo behind her, Donna Fargo sang, “I’m the happiest girl in the whole U.S.A.”

The smallest of the little blonde-haired girls wrenched her hand free from Leonard’s grip and sped toward the Plymouth.

The eight-months-pregnant mother stumbled and cried out. “Leonard!” she called. 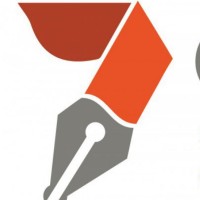 Sheryl Monks is the founding editor of Change Seven Magazine. Previously, she was the co-owner and editor of Press 53, an independent literary publisher which she helped to establish in Winston-Salem, NC. She holds an MFA in creative writing from Queens University of Charlotte. Her collection of stories, All the Girls in France, was a finalist for the 2013 Hudson Prize sponsored by Black Lawrence Press. Her fiction has been nominated for New Stories from the South and been awarded a Northwest NC Regional Artist’s Project Grant and the Reynolds Price Short Fiction Award. Work has appeared in Revolution John, Black and Grey Magazine, The Greensboro Review, Writer’s Chronicle, Midwestern Gothic, Night Train, storySouth, Regarding Arts and Letters, Backwards City Review, Southern Gothic online, Surreal South, Fried Chicken and Coffee, and elsewhere. She is currently the Writer-in-Residence at Salem College.