Maybe this has happened to you.

You take the sheets out of the dryer and there’s something wadded up inside a big sheet. The big sheet has twisted around it, creating a large, round pocket filled with whatever is wadded up.

As you start to untwist the sheet you think, “What if this is a human head?”

Then you stop untwisting the sheet because, although chances are it is not a human head, if it is, you have a whole lot of figuring out to do.

What would you do?

The right answer is that you would call the police. But you get a knot in your stomach thinking about the questions that the police will ask you.

“Whose head is this?”

“How did it get into your dryer?”

“Where is the rest of the body?”

And you don’t have the answers to any of these questions. If you tell the truth, “I don’t know, I was just doing the laundry and found it in a sheet,” you’re afraid that they won’t believe you. They’ll probably arrest you, because that’s what’s called “going by the book.”

As you pause, you consider that if there is a human head in there, this would be the moment that changes the rest of your life. From now on you will divide your life into two time periods: before you found the human head in your laundry, and after. And you think about how suddenly these moments can happen, and how you never see them coming. Maybe a car will take a turn too quickly or you’ll notice a lump on your breast in the shower. If you woke up every morning thinking “this might the day that will change the rest of my life in a bad way” you’d probably never want to get out of bed. That’s why you don’t dwell on the possibilities of disaster every day. But right now you have to, because there might be a human head in that sheet.

You wonder who among your friends and family would believe you, and you come to the conclusion: not many. If you vague-book on Facebook about how something difficult has happened, you’ll get a hundred comments promising unending support. But as soon as the headline comes out, “Human head found in woman’s dryer,” your Facebook wall will grow quiet. Your friends will talk behind your back about how maybe they didn’t know you at all, and that you must have a lot of darkness that you kept hidden.

And maybe you do, but you definitely did not put a human head into the wash cycle.

And the prospect that people won’t believe you fills you with panic because there’s nothing worse to you than not being believed. You’re compulsively honest. You try to balance your inability to lie with kindness and sometimes even silence, although not saying something at all is as challenging as telling white lies.

Maybe when you were a kid you watched Sesame Street and were both drawn to and traumatized by the episodes with Snuffleupagus, the wooly mammoth type creature that only Big Bird could see. When Gordon or Bob denied his existence you wanted to scream, “He’s real! Look behind you!” Maybe sometimes you did scream.

You never understood how Big Bird could accept the patronizing treatment of the humans without just flipping out on them or crumpling up inside. Eventually the Sesame Street creators realized kids need to think that adults will believe them, especially when they tell them about sexual abuse, so they made Snuffleupagus visible to the humans.

You want people to believe you, too. About the human head.

It’s like this other scenario that you sometimes consider. Imagine if a time traveler suddenly appears, out of nowhere, in the road. You’re driving your car and there’s no time to swerve. You hit the time traveler and kill him. Everyone thinks that you weren’t paying attention and didn’t see him walking across the street. They probably think you were texting. Nobody considers that he might be a time traveler. Your lawyer won’t even use that as a defense in court because he knows that it will fail. You hope against hope that the time traveler has something in his pocket that proves he came from a different time. But what? If you look at it realistically, you know you’re toast.

When you talk endlessly about this phobia, the fear of time travelers suddenly appearing in the road, your weary but sympathetic friend promises that she will go back in time and do something to alter the events, like push the guy out of the way or convince you to take another route. But then your head reels from the prospect of these alternate realities and you know that in at least one reality you’re rotting away in prison. So you thank your friend for her kind offer but continue to worry.

It occurs to you as you stand there with that sheet that not being believed, having your reality questioned, is one of the worst things that can happen. It’s a relationship-killer. If your own husband didn’t 100% believe that you did not put the head in the wash, could the relationship survive? Then it occurs to you that maybe he did it. And if so, do you cover it up? Do you turn him in or bury the head in the backyard? How did you even come to the point of considering burying a head in the backyard? And if he says he didn’t do it, do you believe him? Can you ever know someone enough, trust him enough, to have no doubt when the evidence is so compelling?

You’re undoubtedly worrying about who will believe you. I’d like to say right now that I will believe you, that I do not think you are responsible for that head that showed up in your dryer. But can I really say that? How well do I know you anyway? 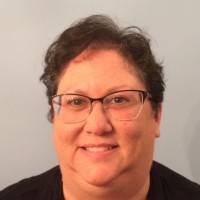 Jody Mace is an essayist whose work has appeared in fullgrownpeople.com, The Washington Post, O (Oprah’s Magazine) and many other publications. She also writes about music and about her home of Charlotte, North Carolina, where she publishes the website CharlotteOnTheCheap.com.