A Woman’s Guide to Running for Political Office

First, have a modeling career.

During your candidacy and after you take office, the press will thoroughly cover your physical appearance. They might compare your body to all sorts of fruits. This kind of scrutiny may distract the public from your main purpose of making political change. To get used to hearing all the negative comments about your figure, spend anywhere from three to twenty years of your life working as a professional model. Your looks will receive roughly the same amount of attention when you later run for office.

Remember to always speak in a dull, monotone voice so as not to reveal any enthusiasm – remember, a passionate speech can be interpreted as “emotional,” which is political suicide for a woman! You want to be seen as cold, determined, and unfeeling, but also not too cold, determined, and unfeeling, because then you’ll be called a bitch. This is a tough balance to strike; everyone knows women have 77% more emotions than men. Men only experience anger, lust, and angerlust, an emotion felt when the sports team they love is doing poorly.

Write on your clothes.

Are reporters constantly asking you about your clothing? That’s probably because your outfit is making a statement. Next time, make a political statement – use a Sharpie to write exactly what you stand for on your pantsuit! You’ll finally get to answer “Who are you wearing?” with something cool like “Immigration reform!”

You have to craft the perfect voice to avoid being labeled as shrill, nagging, whiny, bitchy, or even too manly. This is more difficult to master than any accent; in fact, no female politician has aced it yet! Pro tip: Good vocal coaches charge a lot of money, so try to find a female coach – you could save up to 33 cents for every dollar.

Prove that you’re no longer menstruating.

Menstruation may be a natural, healthy cycle, but it also replaces all rational thinking with sex-crazed, cupcake-loving hormones! Plus, it’s gross. Make sure to carry an “I’m Over My Period!” certificate with you to ensure voters that you’re not about to turn into a werewolf every full moon. You can either print one online or purchase one at your local Hobby Lobby. (Note: If you are still menstruating, you are probably too young and inexperienced to run for political office. Try baby-sitting instead.)

This is crucial since you’ll have to go to extra lengths to command the same attention as a man. A megaphone might be the only way to be heard! Remember to purchase a small one so it fits in your delicate female hands. (If you can’t tell which megaphone is for women, it’s the pink one, obviously, with flowers on the packaging.)

Almost every room you walk into will have a glass ceiling. In fact, most rooms will also have an additional, opaque ceiling next to it. But don’t be fooled – the glass one is there as well! It’s just see-through. When in doubt, fling your hammer up at the sky (think Thor, but with cleavage) and wait for a shattering sound! Do this quickly, because while you’re dealing with the hammer, men are advancing their own important agenda items, like putting urinals in skate parks.

I know, I know — all this tool talk is making you nervous. But don’t give up yet. Rakes are not that complicated! You’ll need one to help you level the playing field every time you remember that men have more power and privilege. Also, avoid the temptation to use your rake as a large fork at mealtime; you should always be trying to lose weight, not gain.

Everyone knows women are great at multitasking! Now is your chance to prove this by embodying multiple stereotypes for the rest of your career. Not only do you need to master all of these, but you also have to exhibit them simultaneously at the confidence level of an attractive straight white male. But how can you act like something you’ve never experienced before? In addition to modeling, take a drama class! (Unfortunately, method acting won’t work here.)

Can women have it all?

Practice exclaiming “Yes!” in the mirror. Do it with defiance, confidence, and just a whisper of flirtation. 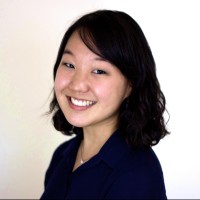 Karen Chee is a writer/performer who once got kicked off a farm in rural France. She likes improv and swing dancing and has been published on sites like McSweeney's and CollegeHumor. Talk with her on Twitter: @karencheee