How to Change His Entire Name After You’re Married

It’s over! The chuppah, mandappam or gazebo is a wreck; the ring dog did his best; your sequined white jumpsuit or fur sari was the best. The presents were microloans, the crystal bowl of eggless cake batter killed, and the honeymoon was a voluntour in Chad. Girl, you had that day your way. But the work isn’t done! Have you talked about how he’s going to change his name now that you’re hot-glued together for life?

Asking a heterosexual man to change his entire name–first, middle, and last–after marriage can feel risky. He may cling to the name his parents carefully selected for him at birth. Maybe he’s named for Grandpa Blazegrits or Uncle Orhan; maybe he’s even a II or a III. These days he may expect no change, a hyphenation, a portmanteau, or–in some cases–to change his last name to yours.

All this shows incomplete commitment to the covenant of marriage. His trading in given names for a name bestowed by you shows not only acknowledgment of this incredible transition in a man’s life, but willingness to personally redress history’s erasure of women. He may protest that you are not changing any of your names. The answer is easy: enough women have. To restore balance on both a quantitative and spiritual level, all of his have to go.

Still, it may chafe, or bring up mother-son issues. Get into it with him slowly. Start by asking questions about other names his parents considered for him, nicknames he had as a child, or names he “feels” suit him better. Does he feel more like a Graham or a Geert than a Glenn? A Patrice-Laurent than a Pierre? A Jagadhalaprathapan than a Janardhan? Don’t give too much latitude; just suggest that identity may be more malleable and fluid than he thinks.

Your man’s new name may come to you in a dream; some women dream of it from childhood on, waiting decades to match the name to the face. But if you’re playing catchup, baby books may help, as well as names of celebrities, TV characters, or public figures. You may choose a name that complements yours; if you’re a Guinevere, Radha, Francesca, Yoko, or Iztaccíhuatl, you know what to do! But be mindful of the results you want, too.

Rather than base yourselves on a known couple, you could also choose names that represent what you’d like him to demonstrate in the marriage. Some women choose The Triad: celebrity name(s), a thing you want from him, and a career you’d enjoy seeing him pursue. Deppgosling Multiorgasmo Backenddeveloper might be such a choice. Gael-Rafael Choresharer Blogprofiter is a robust option, as is Shah Rukh-Brad Quipmassage Mastersommelier. The Triad makes clear what you expect from him sexually, emotionally, and financially. More traditional women may choose last names such as Gutterfixer; sentimental types are known for picking Dadwhostays. Up to you, but maybe avoid references to Don Draper.

If he resists, be firm. Show him that you’re more attached to his new name than he is to his old one. If he has no middle name, he does now.

Find a body of water. Nearby, build a fire using documents from his old life. Don’t forget old video store membership cards, birthday cards, and school papers. Add hairs from the heads of his parents (if unobtainable, photographs will do). Ignite with a lighter belonging to one of his male siblings or friends. Write the new name on burdock leaves using the point of a compass (don’t tear the leaf). Grind with a mortar and pestle and steep into a tea. Put your husband in the water and give him the tea to drink, saying “Here ya go, [new name].” Then make love on the banks while calling out his new name. Hold a mirror up to his face as he hears it.

Legal change of his entire name should occur only after the immersion ceremony. After this, there may be an adjustment period for everyone. Turning the new name into a nickname, and creating positive associations with it, should help. Programming the new name into a phone or setting up a new email account together can bring you closer. So can replacing some of his thoughts, opinions, or friends with yours.

If two men or two women or two agender or genderqueer people marry each other, no remediation is needed, and either party may keep or relinquish their given name.

Who did the work? Unless it’s a surrogate or an adoption, this is all you.

PETS AND HOUSEHOLD OBJECTS
With your permission, he may name pets, automobiles, and household objects.

Replace his entire name with yours.

IF YOU LIKE HIS NAME THE WAY IT IS

Hold your generosity over his head for the rest of his life.

Won’t happen if you do this right. I promise. 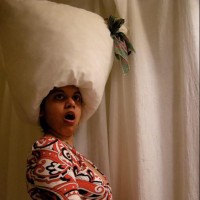 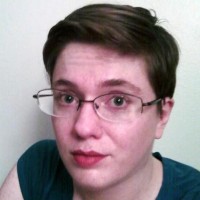 Kathryn Baggs is an illustrator in Iowa City. In junior high she sold a drawing of Daria for a dollar and is picking up where she left off at retreatcomic.com.