How To Tell If You Are In A Tom Stoppard Play

You have devoted your life to translating Ovid, but your guilty pleasure is ‘60s bubblegum pop.

You are a young woman who’s not shy about displaying her intellectual gifts or her perky breasts.

Thinking of the destruction of the Library of Alexandria, you burst into tears.

You are a successful playwright in the prime of his life. Naturally, women love it when you mansplain to them.

All of your friends are named Nicholas and half of them are dying of tuberculosis.

You are wearing your wife’s party dress while she crawls around your living room in her underwear, your mother is standing on a chair on one foot playing the tuba, a detective eats a banana as a fruit basket is hoisted into midair, and there is a perfectly rational explanation for all of this.

You were discussing transcendental idealism over oysters, and one thing led to another.

Without any forethought, you deliver a lengthy monologue that connects the Riemann hypothesis, the poetry of Wordsworth, and your love life.

As you stir cream into your cup of tea, you recall the inevitable heat-death of the universe.

It is so bothersome how other people are always mistaking you for your best friend, or your romantic rival, or your identical twin sister.

You encounter a troupe of thespian funambulists. They are glib, and not to be trusted.

You’ll forgive a man for corrupting your wife, as long as he doesn’t corrupt the English language in the bargain.

In communist Czechoslovakia, you help a subversive rock band tour the country. The secret police arrest you for circulating bad Czechs.

How odd! The events of your daily life exactly parallel the obscure scientific theory that you’re researching!

Your fantasies involve hushed libraries, furtively exchanged letters, dirty words whispered in Latin. You and your tutor once spent an hour discussing three lines of Catullus, and it was better than an orgasm.

Though history may deem you a nobody, you are acquainted with everybody who’s anybody.

In this random and absurd world, your only consolations are sex, philosophy, and puns. It’s just a shame that those are the most absurd things of all.

Your dabbling in paradox puts you in danger of fortuitous wit.

You are not English, but you go to ridiculous lengths to act as though you were.

You are very English, and every foreigner you meet is vaguely ridiculous.

You have spent a long time contemplating whether you’d prefer to be alive in a box or dead in a box.

Your desk is a mess, heaped with books and papers. Luckily, your pet tortoise makes an excellent paperweight.

You cannot embark upon a conversation without running aground on the shoals of a humorous misunderstanding.

The misunderstanding is too much for you to bear. Bursting into humiliated tears, you flee the room.

You hand your briefcase to a minor civil servant named Chamberlain.

You are a brilliant and high-spirited woman, and therefore you are doomed to a tragically early death.

Oh, so you feel like playing a game of Questions Only?

Do you think that Questions Only is the game that God plays with the universe?

You have found all the mysteries and lost all the meaning, and now you are alone on an empty shore. 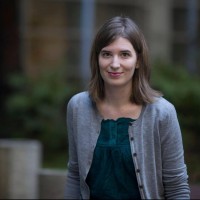