This post is sponsored by Nathan as a Christmas present for his wife Leah.

What do you picture when you think of a teacher? If you’re anything like my students and most people in the U.S., you probably think of a woman. Depending on your own experience and views, you might imagine a stern matronly type, a kind motherly person, or a harsh spinster (I happen to be all three, myself).

If you think of a male teacher, on the other hand, it’s probably a specific teacher you had — likely a teacher from high school or a college professor. While there are many amazing male teachers out there, they aren’t necessarily the face of the profession; the general image of teachers today is specific and female and very much influenced by the history of the job. Since the 1870s, in fact, teaching has been largely seen as a “woman’s job” — and, as such, viewed by many as easy, expendable, less worthwhile, and in need of little compensation or respect. While much has changed in the educational field in the past hundred years or so, the sexism, racism, and classism inherent in our system has sadly remained stagnant.

One of the few major changes in past decades is that, as the number of variety of jobs open to women working outside the home has increased, more teachers are now able to leave the profession for greener pastures; in fact, an estimated 40-50% of teachers leave in their first five years. Considering teaching’s legacy as “women’s work” (read: underpaid, unskilled, and disrespected), and the ways that has influenced how schools today are structured — as well as who makes decisions, and how teachers are undervalued — it’s a wonder that we don’t have more of a teacher shortage than we currently do.

In the mid-to-late 1800s, public education, at least in cities, became more standardized and centralized. Spurred by racist and classist fears, control of schools was wrested from the hands of families and elected school boards, replaced by centralized offices with (white, male) superintendents and presidents. These men had strong ideas about what should be taught in schools, influenced (perhaps unsurprisingly) by what made for “good workers” and “compliant citizens.” One principal in 1899, for example, “was a stickler for proprieties,” according to one of the teachers who worked with him. He required students recite “with the toes pointing at an angle of forty-five degrees, the head held straight and high, the eyes looking directly ahead.” Another principal, in 1904, told his predecessor: “You’ll find [the teachers] well-trained… Take my advice and keep them under your thumb.” This was the kind of control and “educational guidance” that seemed to require a male leader in order to institute.

Male superintendents and principals tended to prefer women teachers, on the other hand, because they saw them as “more willing to comply with established regulations and less likely to ride headstrong hobbies” than men. In the 1920s, there was a brief surge of schools trying to replace female teachers with male, since women were becoming more headstrong and demanding of their rights. In the end, however, it proved impossible, because male teachers needed to be compensated more than twice as much as their female counterparts. Women were a far cheaper labor source.

Well into the 1950s, teaching was one of the few professions open to women. The fact that it was a labor force largely made up of women, who ostensibly were not providing for a family, allowed many to justify the low pay despite the fact that most of these teachers could not afford to support even themselves alone as the cost of living rose. Historically, women were thought to be suited to teaching because they “in [their] own hearts, love, hope and patience, have first kept school.” In other words, women were seen as born nurturers, naturally inclined to keep their students and the good of the school as their first priority.

Therein lies the crux of the issue: the fact that women are expected to do this job out of love or biology. The work is seen as “fulfilling” for us; satisfaction the only reward we should need. This mentality still informs how we think about teachers in the present. Just as mothers are not supposed to complain about their children or the hard work of parenting, teachers are not supposed to complain about our jobs. We do it for the children. They need us. When teachers protest poor working conditions, especially if we threaten to strike or to hold a “work to contract” strike (meaning that we only do what our contract requires, usually much less than what we regularly undertake), we are criticized as “selfish” or said to be “punishing” our students. Many push back by arguing that we are doing this for the children, to improve the conditions of their schools and the quality of their educations — and that’s all true. But it should never be viewed as selfish or unacceptable for professionals to advocate for better working conditions and fair pay for themselves.

The anger toward women demanding fair compensation for their work has a long and storied history. As female factory workers went on strike for fair pay and safe conditions at the beginning of the twentieth century, women were also starting the first teachers’ unions. In 1905 the NEA found that in 44 of 48 studied cities, unskilled laborers doing municipal street and sewer work earned more than beginning teachers, while molders engaged in skilled labor made almost double what teachers made. Margaret Haley and her female counterparts joined prominent union leaders like Samuel Gompers to advocate not only for teachers, but for all laborers, fair taxes, and child labor laws. They won many victories, but also gained enemies, who called them “lady labor sluggers.”

The ire against teachers’ unions lingers to this day. While we do have more men in teaching today, it’s still viewed as a woman’s profession, with plenty of modern-day “lady labor sluggers” demonized for not fitting the selfless teacher stereotype. We still see some male teachers garnering more respect and higher pay than their female peers; we see more male principals than female principals.

So many problems within the modern school system are actually older problems — inherited problems dating back to our profession’s roots and outdated, sexist views of women. The corporatization of schools — which is touted and bemoaned in the media — was how we got our modern system in the first place, with children as products and taxpayers as shareholders in a sort of educational factory set-up. Women have been speaking out about this injustice (one created in part to keep cheap, female workers under male supervision) since the early 1900s. The lack of trust many have for teachers is also a product of the school system’s roots; while teachers around the turn of the century were highly educated compared to other workers, having usually completed high school — and often post-secondary training — at a time when most jobs didn’t require more than cursory schooling, they were not allowed to dictate curriculum or methods. Today’s teachers, who hold Master’s degrees and regularly complete required professional development, have many mandates and little input when it comes to what and how they teach. Lack of compensation has always been an issue in teaching and continues to this day.

The few gains that the educational system has seen — the few real changes, which are always subject to scalebacks and repeals — occurred during the 1970s, when men joined the profession in greater numbers and led the unions in higher numbers than ever before or since. When teaching is seen as “women’s work,” it is disrespected and undervalued. There are many problems in our education system, and like other problems — unequal access, institutional racism — the deliberate undervaluing of an entire profession viewed as one belonging to women is not one that can be solved with a new curriculum or more standardized testing. For the sake of our schools and our children, we need to value under-respected teachers, just as we need to value women’s leadership and advocacy, work to undo decades of educational policy built on the foundation of sexism, and — as is always the point of teaching and studying our history — avoid making the same mistakes over and over again. 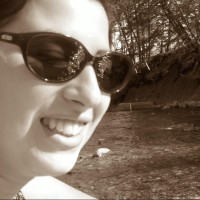 Ilana is a writer, teacher, gifted education consultant, and general nerd. She writes about education here and has trouble keeping her opinions to herself in daily life.