The Proper Etiquette and Decorum for Fighting the Undead

As a dance historian, a participant of period reenactments, and a Jane Austen fan, I’ve researched Miss Austen’s era and taught dance steps from the Regency period. Now, with Pride and Prejudice and Zombies currently in theaters, I’m pleased to have discovered an etiquette manual from 1816, from the Honorable Lady Frothing de Favisham of County Cleric, that discusses how proper Regency ladies and gentlemen ought to behave in the presence of the undead.

As a lady of much esteem and proper edification, I have seen many young ladies and gentlemen behave most abominably when faced with a scenario so concerning, yet not so surprising, as facing the Undead during an assembly or other amusement. One would think, considering how prevalent and becoming of our national social diversions this is, that these gentlemen and ladies would know the proper response. And yet, I have been appalled to see how bad a state the ballroom has become when faced with these occurrences. I thought, tis a pity that there is no guide book for how to react in such circumstances, so I have taken it upon myself to remedy this.

If you should find yourself in a rather dire situation, one in which you needs must be prepared, but are unsure how to proceed, the following etiquette manual may help you. Should you find, whilst entertaining dear friends and wearing your finest frock at a public assembly or a private ball, that you are suddenly disrupted, surrounded and confronted by a rabble of those most unbecoming, debased, and uncouth of guests, the Undead, I am in hopes that the following will help you assess what is the proper and most delicate way to respond, in a manner befitting ladies and gentlemen.

Gentlemen are not permitted to enter a Ball Room in boots, spurs, gaiters, trowsers, or with canes or sticks; nor are loose pantaloons considered proper for a Full Dress Ball. Only fully sharpened blades, swords, battle-axes, and loaded crossbows are appropriate.

Ladies must properly conceal their blades within their garters in the most graceful and demure manner possible, taking care to remove such implements quickly and decorously before any of the gentlemen take notice of their features.

One must have been introduced to a Zombie before slicing his head off. If not, one must get the Master of Ceremonies to introduce one before dispatching them.

As well as the usual honors of bows and courtesies, it is customary to perform some ritual to honor the memory of the formerly deceased. If one is not able to do so before dispatching them, take care to do so after.

Two ladies, or two gentlemen, cannot slay together without permission of the Master of Ceremonies; nor can permission be given while there are an equal number of ladies and gentlemen, and greater than that of the Undead.

The company should do their utmost not to get blood splatter on the floor of the Ball Room, for other dancers may slip and injure themselves; to say nothing of the spoliation of the natural effect of the room’s aesthetic.

When donning the decaying flesh of a Zombie for camouflage, be sure to cover your legs fully, lest you attract the opposite sex in a manner unbefitting them.

Should a member of the Undead shamble aimlessly into your dancing set, do your best not to let him or her disrupt the flow of the figures. One can just as well slash heads to the beat of the music as one can step to it, and the music must not be ignored nor forced to wait on the Dancers.

Refrain from shrieking or grunting, either from terror or through forceful movement (e.g.: whilst slashing, slicing, or otherwise dismembering or disemboweling), while the dance is in motion, lest one prevent the other Dancers from hearing the music distinctly and performing the figures with propriety.

No person should leave the room, or even sit down, before the slaying of an Undead is completed, unless on some very particular occasion, such as serious injury, pain, or death; and not then without first informing the Master of Ceremonies.

One must fully complete the toppling of the head of one Undead before moving on to the next; even if it be done rather quickly so as not to let the next Undead escape.

Ladies must take care to wear enough petticoats and diaphanous muslin or taffeta overskirts to properly cover themselves while executing roundhouse kicks. If aware that one might encounter a mass of Undead, perhaps choose to wear something other than the finest silk. One would hate to exercise the removal of blood and fluids from one’s most exquisite gown.

Whilst dispatching of an Undead, keep the slashing and stabbing motions circular and flowing, as the curves and waves of beautiful form. Avoid bending the elbow, which produces two angles instead of one serpentine line, giving not only an appearance of lameness, but producing an extremely inelegant effect.

During slayage, utilize the circuitous and serpentine motions aligned with the superiority and grace of curved lines, which are regarded as the utmost grace and admiration. Straight and angular lines produce vulgar appearances of strength, pain, and labor, and should be avoided.

Shuffling and rattling about the feet in Zombie slaying is extremely vulgar. This is not a Sailor’s Hornpipe. As well, looking at the feet during slayage is almost certain to produce errors that could cost your life, or worse, create contempt.

Whilst slaying, the feet should advance alternately, turned rather outwardly, with equal and proportionately easy action from the hip to the toe, without any apparent stiffness. Persons who shuffle or lumber along, or move as if running, destroy the appearance and deportment of the whole Figure, and run the additional risk of being mistaken for an Undead themselves.

When a melee commences, the company should not leave their places, nor rest, quit, or collapse, till after they have slain at least three Undead. Should the dispatching be quick, they may slay four Zombies before they rest. During the remainder of the melee, it is the business of the Master of Ceremonies to direct the company as to the proper time for resting or falling.

To slay gracefully, every attitude and movement must seem the effect of accident rather than design, for whatever seems studied, seems labored, and every such appearance is absolutely incompatible with any endeavor at a display of graceful ease. Having pointed out these most striking errors, and provided instructions for their removal, it is recommended to all to study deportment and etiquette to guard against vulgar habits, as well as unwanted intruders. 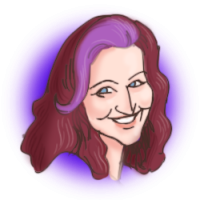 Renée Camus is a writer, dancer, and pop culture junkie living in Burbank, California with her animator husband and three beautiful cats. She has written about dance, television, and dance on television for Los Angeles Times, Los Angeles magazine, Reel Life with Jane, Moviefone, Mashable, and Playboy, among others.