Assorted Pleasantries, Minor Exaggerations, and White Lies I Plan to Employ At My High School Reunion

I’m not sure I’ll ever really feel like a person who graduated from a New England boarding school. There’s too much that made me feel somehow set apart from my classmates. “Preppy” has never been a word that accurately describes me, and that was the first hurdle I faced when trying to fit in. I had zero school spirit, and did not care to develop any. I had comic books delivered to my mailbox weekly. I applied to exactly one Ivy League university. I, along with one other girl, was the first graduate to attend Oberlin College — the polar opposite of a boarding school experience! — in over a decade. Oh, and in my school’s 100+-year history, I was the first Black student to graduate as a direct legacy — something white students had been doing for decades.

Our ten-year reunion, which I began stressing about approximately a year ago, takes place in May. I haven’t really kept in touch with many people from my class, and went nearly a decade without seeing the best friend with whom I decorated my yearbook page. My other closest friend from our year seems to have literally vanished off the face of the planet. I’m coming to terms with the fact that this reunion will consist of making smalltalk with veritable strangers who are all doing impressive things such as running Black communications for the entire Republican Party (it’s a real job!). I’ll chat with classmates who have children, or advanced degrees, or high-paying corporate jobs, or property — things I have no interest in getting, the lack of which will still leave me feeling inadequate and increasingly sarcastic as I attempt to talk about my own accomplishments: a liberal arts degree in Anthropology and Cinema Studies, and a very large collection of vintage hats. 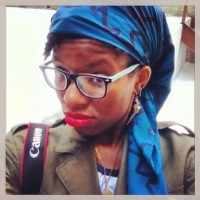 Kendra James is a race and pop culture blogger from New York City by way of Oberlin, Ohio. She spends her days in prep schools, her weekends at Racialicious, and her nights complaining @KendraJames_.

Add a comment
3917466 Comments on Assorted Pleasantries, Minor Exaggerations, and White Lies I Plan to Employ At My High School Reunionhttps%3A%2F%2Fthe-toast.net%2F2016%2F03%2F01%2Fassorted-pleasantries-minor-exaggerations-and-white-lies-i-plan-to-employ-at-my-high-school-reunion%2FAssorted+Pleasantries%2C+Minor+Exaggerations%2C+and+White+Lies+I+Plan+to+Employ+At+My+High+School+Reunion2016-03-01+16%3A00%3A44Kendra+Jameshttp%3A%2F%2Fthe-toast.net%2F%3Fp%3D39174