How To Tell If You’re In a Viking Saga

You have started a bloody multi-generational feud by stealing cheese.

You have gone away to Constantinople and left your dashing blond brother to manage all your property. You are confident nothing can go wrong.

Everyone around you is named Thorolf, except for Thorstein Cod-Biter, who lives over in the next valley. Many say he is part-troll. But they have learnt not to say it to his face.

The current feud in which you are embroiled seems likely to be resolved by prodding a blindfolded horse off a cliff with poles. This horse is known for its malice.

You have a very muted reaction to losing your limbs.

As the house burns down around you, your elderly father reflects that fostering his enemy’s son was probably a mistake.

Your survival hinges on the arrangement of poorly-maintained paths through a remote swamp. You will not survive.

Your limp has provided you with the opportunity to become an expert in the convoluted Icelandic legal system. Small, seemingly insignificant comments allow you to manipulate justice for years after your untimely death.

You have enraged a family of Sami wizards, who like to stand on your roof and sing all night.

An elderly woman, known for her second-sight, gives you specific instructions to avoid being murdered. You ignore her.

You think a summer of raiding and mercenary warfare will curb the violent tendencies of your young relative.

Someone has accused you of being an arse-wizard and for this they will pay.

Your enemy has made a miniature wood-carving of you being sodomized and nobody asks him why.

You are a distant ancestor of Snorri Sturluson.

Your main concerns about Christianity are the bans on infant exposure and the ritualised eating of horseflesh.

You went to bed with Queen Gunnhildr and she has cursed you with a penis so large it cannot be used.

Your mother is a kidnapped Irish princess, but didn’t think to mention this for years.

At the age of three, you were already composing skaldic verse and outdrinking grown men. Your grandparents are very proud of you.

Everyone you have ever loved, been related to, or looked at flirtatiously during the summer parliament has died in a feud. You are raising your sons to continue the feud.

Most of your problems can be explained with the phrase ‘cold are the counsels of women.’

You once exiled someone from Norway using a severed horse head on a stick.

Greenland is horrible, but you have persuaded people to move there with false advertising.

You may have died in an unusually horrible manner, but at least this rocky outcrop is named after you.

If you can compose a sufficiently good poem praising the king, you’re off the hook for killing his infant son.

You and your cousins once beat a man to death over a piece of driftwood.

Everyone agrees you have the eyes of a thief.

No man in Iceland was your equal, so you became a zombie-killing nun instead. 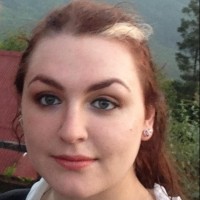 Leonora Craig Cohen finished her Medieval Lit MSt at Oxford last year and is now doing various publishing internships. She once got into a spat with Iceland's only clown.