An Alternative Ending to Castle

Perhaps some of you were surprised by the recent news that, even before it was cancelled, Castle decided not to renew star Stana Katic’s contract. “What?”‘ you may have cried. “She was arguably the lead!” And in many ways you are correct, and this did seem to come as a shock. However, if you are, say, me, and you spent a year of your life writing a thesis in which you argued that Beckett’s storyline has always been steamrolled by the overarching theme of “It Doesn’t Matter What You Want, Beckett, Because Castle Wants To Fuck You,” you would not have been surprised at all.

Think about it, people. This is the show that opened with “Hey, I just met you, and this is crazy, but I’m a millionaire who wants to exploit your life for profit and I’m gonna use my connections with the local government to force myself into your work life against your will.”

This is the show that tried to spin “You’re a woman in a male-dominated workplace and I guess that could be a struggle, but I’m gonna write a hypersexualized version of you and then write myself into the story and then my character is gonna bone your character and also I live my life super publicly so everyone’s gonna know it’s you and make some ASSUMPTIONS” as…I don’t know, some sort of romance?

And LET US NOT FORGET the rousing ensemble chorus of “We know your mother was murdered mysteriously and that you care about it or something, but HAVE YOU CONSIDERED fucking Castle?” interspersed with the solo Castle refrain of “I am the gatekeeper of your happiness (and the only way through is on my dick).”

This show had some issues is what I’m saying, and all of them stemmed from the showrunners thinking that Beckett’s only value was as Castle’s love interest and that the only storyline people cared about was Will They or Won’t They. Time and time again the show manufactured drama from the idea that Detective Kate Beckett could not A) solve her mother’s murder and concurrently B) be happy (in a relationship with Richard Castle). These characters even got married and then broke up because the previously solved mother’s murder somehow became unsolved and Kate, having a personal stake in the whole dealio, wanted to look into it again. Like, at some point you should probably just support your wife without making her jump through hoops to prove she likes you, Castle. It’s not rocket science.

Also not rocket science: realizing that the way to add some variety into your show/revive a flagging audience is probably just “try to write some new stories” rather than “fire the lead actresses because surely they are the problem.”

There may have been Reasons for this decision that we’re not privy to, of course, and, thankfully, the door is now shut on any “Let’s explore how Castle is probably a sleeper agent for the CIA, because no one would’ve seen that coming, and now watch as he avenges Beckett’s death with the full support of his friends and family and succeeds where she failed” plotlines. But in case you are also feeling stung by the whole idea that a long-running show with two established main characters even tried to pitch a future in which, whoops, oh well, the action star/emotional linchpin of the series is dead, here is an alternative ending that, I think, makes a lot more sense:

The room is still. Not a single pen is out of place on the desk. The elegant decorator items – anything with a price point above $80 can no longer legally be called a “tchotke” – are perfectly arranged on each shelf. An engraved nameplate in the middle of the desk boasts “Richard Castle Investigations.” The place looks more like an exhibit titled Rich Man’s Mid-Life Crisis than a functional office.

A photo, black and white, hangs in pride of place on the wall. This is Richard Castle. Mid-40s, hair perfectly arranged, careful smirk. His portrait draws the eye. It dominates the room. It screams for attention, to the point where you wonder what sort of man hangs a photo of himself this large in his office. What sort of man wants to stare at (and be stared down by) his own image.

A key rattles in the doorknob. The door opens and a woman walks in. Kate Beckett stands in the threshold – hair perfectly arranged, somewhat weary – and surveys the room. Her eyes linger on the chair behind the desk, as if used to finding a presence where now there is none. Something in the air shifts, and the room takes on the tenor of a shrine.

From the back of the room, there is a soft whirr. One of the shelves begins to move. A secret doorway opens up, revealing a hidden room. From the depths, Alexis emerges. She is poised, ruthlessly efficient. She looks up from her tablet, sees Beckett and smiles.

ALEXIS:  Kate! I didn’t expect you this early. Give me one sec, I just need to finish up.

Beckett nods and gestures around the room.

BECKETT: Not much has changed, I see. Martha told me you had decorators in.

Alexis glances around briefly, but remains mostly intent on her screen.

ALEXIS: Yeah, I decided to keep this room mostly as is; it’s what people expect. You can go on through the back, take a look around.

Beckett takes another look around the office, exhales, and walks through the bookshelf doorway. The back room is bright, warm and perfectly functional as an office slash hideaway for a young professional. Alexis follows her in and sets her tablet down.

ALEXIS: What do you think?

BECKETT: It’s perfect. Much better than that dim spaceship thing your dad had going back here.

ALEXIS: I guess he didn’t really try to work much in this room, but, man, I felt like I was going blind even coming in here for a glass of water.

BECKETT: He wasn’t much known for his practicality, your father.

They smile sadly at each other, then Beckett breaks the silence.

ALEXIS: Sure am. Is Lanie coming for breakfast?

BECKETT: Not this week. In her words, she’s “too busy being important and appreciated and getting to showcase her many and varied talents.”

ALEXIS: Well, it’s about time. I just hope the Medical Examiner’s office realizes what a poor substitute Perlmutter is and what a mistake they made in promoting him over her.

BECKETT: If they don’t already, they soon will. Is Martha coming?

ALEXIS: No, she’s got rehearsals all day, the big Broadway success story. So it’s just you and me.

They grin and link arms to exit the room. As they pass through into the outer office, Alexis pauses.

BECKETT: Do you need your tablet?

ALEXIS: [hesitantly] I can live without it.

ALEXIS: It syncs to my watch anyway.

ALEXIS: But I won’t look at it, because it’s fine, because I definitely blocked out my whole morning for this and it’s fine.

BECKETT: Just get the tablet.

ALEXIS: [already halfway back into the room] I won’t look at it the whole time, I promise.

BECKETT: It’s okay. You’re running a highly successful business here. I’m just happy you could fit me in to your busy schedule.

ALEXIS: Sure, Ms. Mayor, I’m the one with the schedule we work around.

BECKETT: Young lady, sarcasm does not become you, nor should you speak to an elected official in that way.

Alexis laughs, and the two exit the office.

A man in a dark suit with an earpiece waits outside the building. A black, official-looking town car is parked in front. The man at the newsstand nearby is moving fresh stacks of newspapers onto his shelves, but the front page is obscured by the car.

Alexis and Beckett emerge onto the street.

ALEXIS: Any suggestions? Any places you’ve been dying to try? Whose turn to pay?

BECKETT: I’ve got somewhere in mind. And yours.

The man in the dark suit approaches. Beckett nods. He opens the door to the town car and the two women get in, bickering good-naturedly. The car pulls away from the curb, revealing a bright row of newspapers featuring a familiar face. The text reads:

It’s been well over a year since author Richard Castle (of Derek Storm and Nikki Heat fame) was shot in the line of “duty” – a civilian in a police shoot-out, unqualified and woefully untrained. In the wake of his death and the outpouring of mourning that swept the city, Mayor Katherine Beckett, former police captain and widow of the deceased, called for stricter requirements for police consultants.

“My husband had a brilliant mind and contributed much during his years as a consultant,” the Mayor said in her first public press conference following the author’s death. “But no amount of insight into the criminal psyche can take the place of proper police training. Consultants have always had their role in the NYPD, but it is far past time we should be regulating what that role should be.”

Mayor Beckett proposed a strict “no field duty” policy for consultants, as well as a stringent screening process for potential police consultants. Today, her vision becomes law. Senate Bill S245, dubbed “The Castle Walls” in the media, comes into effect, putting an end to what some have deemed “frivolous PR stunt” consultancies.

“Police work is not a hobby,” Commissioner Raymond Holt said in a statement he released supporting the bill. “It is a full-time job that should only be offered to the best and brightest of us all. This bill is just one small step towards ensuring that only those who can meet the highest moral and physical standards are given the responsibility of protecting our citizens.”

Commissioner Holt and Mayor Beckett are currently heading up a taskforce dedicated to exposing and eradicating corruption at all levels of the public service in New York State. 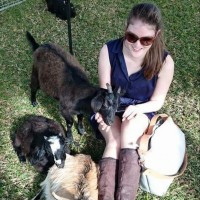