If Barack Obama Were Your Dad

If Barack Obama were your dad, every year you would say, “Dad, no, I’m not doing that stupid turkey thing again. I don’t even like birds.” But somehow, every year, you’d end up standing there, with two turkeys making terrible noises and your dad making even more terrible dad jokes. Sure, he would bribe you each time (Hamilton tickets, State Dinner dresses, Beyoncé concerts), but deep down you know that you would have done it anyway.

If Barack Obama were your dad, he would make you go camping with him every summer. Even though he has no idea how to put up a tent, he would dive in to putting it up with gusto. “Come on, girls!” he’d say, “this tent isn’t going to put itself up!”

If Barack Obama were your dad, he would show up at random elementary school science fairs, just because he loves school science fairs so much. You would only find out about this because your friend had a little brother at one of the schools he visited, and you’d get a text: “Um, I think your dad was at my brother’s science fair today?” Accompanying the text would be a picture of him, with a huge grin on his face, surrounded by 8-year-olds.

If Barack Obama were your dad, he’d save every single one of your books from when you were little. One day you’d see a picture of him reading to the baby of one of his staffers, and you’d recognize that purple marker on the cover.

If Barack Obama were your dad, he would get an advance delivery of Steph Curry’s new shoes, and wear them out in public with you as soon as they arrived. “Look at my fun new kicks!” he’d say, just before you were about to walk out the front door, with photographers everywhere. “DAD,” you’d say. “Have you SEEN the jokes on Twitter? You can’t wear those shoes!” He would just grin at you and put a windbreaker on.

If Barack Obama were your dad, you’d always know if he was at your game or performance, because you’d hear him whisper “there she is, that’s my girl!” He would also clap really loudly and do that Arsenio Hall “Woot Woot” arm thing any time you did anything.

If Barack Obama were your dad, you would know you shouldn’t ask him for help with your government homework, but you’d do it anyway, and he would go on and on and on for so long it would be like the damn State of the Union. You wouldn’t be able to escape, so you’d start keeping track of how many times he said “Let me be clear” (15). Your sister would walk by and smirk at you and you’d want to kill her. But then your dad would spot her: “Oh, good, you’ll want to hear this too! I’ve been wanting to go more in depth with you girls about the equal protection clause for a while. As you know, because of the 14th Amendment…” Yes, you would get an A on the paper, but at what cost?

If Barack Obama were your dad, he would introduce you to a ton of famous people, and every single time he would tell them something embarrassing about you. “Isn’t my daughter beautiful? Can you believe this is the same girl who used to wake me up in the middle of the night because of the monsters in her closet? That lasted until she was in high school!” He told that story to Ryan Reynolds. (The stories he told Michael B. Jordan and Prince Harry make you cringe too much to even think about).

If Barack Obama were your dad, he would let all of your friends come over to the White House after the prom to hang out, and he would go wild buying all sorts of snacks for you all to gorge on. Just when you were comfortable and the music was on, he would come downstairs and start dancing. “I can do the Nae Nae, look everyone!”

If Barack Obama were your dad, when you went off to college he would buy at least five t-shirts and two sweatshirts from the college bookstore so he would always have them to work out in. When he saw strangers wearing apparel from that school, he would stop them on the street and say, “My daughter goes there!”

If Barack Obama were your dad, he’d be over the moon when he became a grandfather. He would compete with your mom to see which one of them is better at getting the baby to sleep; he’d become an expert swaddler; he’d drop by your house to help without warning (constantly). Sometimes he would be super helpful, but other times he would “accidentally” wake up the baby if the baby had been asleep for “too long” just so he could try and get her to smile at him (and she would).

If Barack Obama were your dad, when you were a teenager it would kind of gross you out how he is so visibly in love with your mom, but as you got older, it would make your heart sing.

All photos by Pete Souza for the White House. 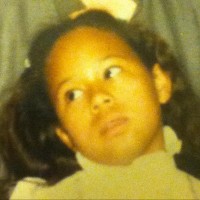 Jasmine Guillory is a lawyer in Oakland, CA. She has very strong feelings about children's books, cheese-related snack foods, and Scandal.