Elon Green’s previous work for The Toast can be found here.

With no vices. [1. Daniel Radcliffe interview: ‘Never trust a man with no vices.’”]
With egg on his face. [2. “Never Trust A Man (with Egg On His Face),” Adam Ant.]
With pinched nostrils and thin lips. [3. The Hunchback of Notre Dame, Sonya Levien.]
With dirty fingernails. [4. Doctor Who, Robert Holmes.]
With a twisted tooth. [5. The Works and Life of Walter Savage Landor, Walter Savage Landor.]

That cannot laugh. [9. Christian Nation, Volume 29.]
That hides wine in the closet. [10. It Looked Like for Ever, Mark Harris.]
That don’t hold up and look you in the face. [11. The Clockmaker, Thomas Chandler Haliburton.]
That laughs from his neck up–an honest man laughs from his diaphragm. [12. The Medical Standard, Volume 23.]

Who loves animals. [13. “Passion Plays,” Larissa MacFarquhar.]
Who carries a handkerchief. [14. Hard-Boiled Wonderland and the End of the World, Haruki Murakami.]
Who has found Jesus and still drives a Corvette. [15. Lily Wyatt, Will Aldis.]
Who wears sandal and diamond jewellery. [16. Swann, Carol Shields.]
Who has not bathed by the light of the Great Bear. [17. Plays in Prose and Verse, William Butler Yeats.]
Who was Protestant with half his head, and Romanist with the other half. [18. The Argosy, Volume 1.] 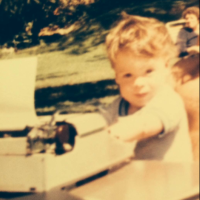 Elon Green is a freelance writer. He's on Twitter and can be reached at elonrgreen@gmail.com.