Jesus or My Jewish Husband?

2. Sometimes I ask for a cup of water and he brings me a glass of wine and it’s like whoa, how did you know?

3. He bakes amazing challah and has been known to turn out vast quantities. Sometimes fish as well.

4. He covers his Semitic face in an untrimmed beard. Few mortals have ever seen his chin.

5. He has a complicated relationship with his father.

6. He’s not a big fan of authority, Pharisees, or money-changers, and really hates that thing where they auction off honors in the middle of shul.

7. He is often surrounded by loving-yet-headstrong disciples that some refer to as his “children.”

8. He was born of a virgin, or so he’d prefer to believe.

9. He has a tendency to orate at length about social justice and religion and the annoyingness of rich people, often while perusing the New York Times Sunday Real Estate section.

10. He prefers lounging in loose robes to ever having to put on pants.

11. As a youth, he was rebellious, experimented, and liked to blow shit up.

12. His (hand)writing has lent itself to multiple, much-debated interpretations over the years.

14. Many are dubious as to whether he’s the messiah. 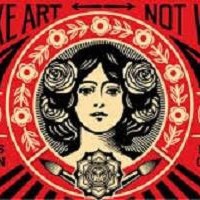 DeDe works at Mayyim Hayyim and writes. She lives in Sharon, MA with her husband and two sons.