Welcome back to Crush Cakes. When you sit around breathlessly swooning over your crushes nonstop like me, well…we are worldly people here, you know what happens next. I make cakes expressing my feelings for them, and then sit back and wait for my destiny to be fulfilled. It all makes perfect sense.

Let us gently drift back to the year 2004. I was 18, I got my first pair of Chuck Taylors (bright red, low tops), I was obsessed with Pink Floyd, and a TV show called The OC was the hottest ticket on a Friday night in the dorm of the Anglican girls’ boarding school where I lived. Most people were in love with buff bad boy Ryan; there was a significantly vocal minority in love with the witty nerd Seth; and, secretly, one person was in love with Sandy Cohen. That person was me.

Mine was a hidden, verboten love, as it was hard to explain to my fellow teens why this floppy-haired, abundantly eyebrowed dad-man was my crush of choice over the more nubile youngsters on the show.

Years passed and I didn’t give it too much thought until a month or so ago, when I decided to rewatch The OC in its entirety. Oh my god. Not since 2004 had I known such plummeting highs and soaring lows of emotion, such intense bonds with characters, or such AGGRESSIVE REKINDLING OF MY LOVE OF SANDY COHEN.

These days I am more just attracted to the idea of him as opposed to wanting to nail him, but either way I am honestly floored by the things he does to my heart. Did you know Sandy Cohen is just so good? He is in fact the goodest boy, which is a phrase I usually use exclusively for describing friendly dogs. Speaking of dogs, what I particularly love about him is his amazing ability to stick up for the underdog, and if he sees no underdog to stick up for he bloody well goes out and finds one. You could be a complete stranger and punch his mother in the face and he’d be like “kid, I’ll be your lawyer.” You could run Sandy Cohen over with a truck that you stole from a homeless nun, and he’d invite you over for dinner and let you stay the night. You could impregnate his wife during a salacious tryst and he’d raise the damn baby and teach them how to surf. You could create literally any hyperbolic situation you like and Sandy Cohen would insist on not only sticking up for you, but also providing you with a roof over your head and a schmear on your bagel.

It’s this legendary love of bagels that spurred on this crush cake: I took the dough that would normally go into an entire batch of bagels and made it into one giant bagel, a leavened bread the size of Sandy Cohen’s heart.

A Giant Bagel for Sandy Cohen

Mix the yeast and water together in a small bowl and allow to sit for five minutes.

In a large bowl, combine the flour, salt, and sugar. Pour in the water and your syrup of choice, and use a wooden spoon to mix together. Either in the bowl or on a floured surface, knead the dough by using the heel of your palm to push it down and away from you before pulling it back towards you, repeating until it’s a fairly springy ball. The dough should be a little dry and floury, and it will be very dense and thick. Allow the dough to rise in the fridge overnight in the bowl, covered in plastic cling film.

As soon as you possibly can the next day, take the dough out of the fridge so it can come to room temperature, or as close to it as possible. Shape it into a giant bagel shape – I roll it into a ball and then squash it slightly into a puffy circle, then prod a good-sized hole in the middle. Cover with a damp tea towel and allow to rise for at least half an hour to an hour.

Bring a wide pan of water to the boil, and carefully lower the puffy bagel into it. Allow it to boil merrily for a few minutes on each side – it’s a mission to turn it over, but with some tongs and a spatula this is fairly doable. Then sprinkle with sesame seeds and bake at 220 C/440 F for around 20 minutes. Let it sit on a rack for about half an hour before you tuck into it.

It gets better! Peter Gallagher, the actor behind the role, hosts an annual Sandy Cohen Award ceremony where he gives a Berkeley law student who wants to become a public defender a scholarship. Sandy Cohen is creating more Sandy Cohens! Like a Russian nesting doll of abounding pure goodness and eyebrow fecundity! I mean, I’m pretty sure that having the eyebrows isn’t an integral part of being a good public defender, but I also can’t be entirely sure that it’s not. Either way, I’m flailing.

This bagel is a simple token of my love for him, but don’t feel stuck with the concept of having a giant one – you can of course use this batch of dough and divide it into smaller balls to make regular-sized bagels. A giant bagel is surprisingly practical, though – slice it acrossways for the most chewy, hauntingly sweet toast ever; or simply eat the entire thing while watching The OC. I’ll have you know that it was at 3am after finishing a long shift at work when I watched the very last episode of the series, and it seemed only right to nourish both my soul and my actual hunger with a toasted bagel. Did you know that bagels are good at absorbing tears? Yes, it happened to me: I cried into a bagel.

Let us all try to be more like Sandy Cohen – there is a simple truth to him, and even if none of us can be quite as inherently good as he is, at least we can share his love of the unbroken circle that is the bagel. Safe in the knowledge that every bite brings us closer to his eyebrows, and therefore heaven. 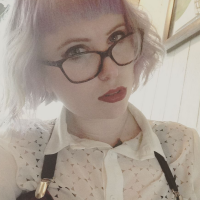