Sometimes, a TV show is so jarring and takes you so far downward to the worst of humanity that you can’t help searching for levity. It’s an irresistible prospect when you’re a) a fan of femslash and b) watching The Fall, which is essentially a dual character study of a serial killer and the lead detective assigned to his case. There’s a lot to say in praise of the show’s treatment of women, how it turns the clichéd landscape of a typical cop show on its ear by making Stella Gibson (Gillian Anderson) more of an Action Hero than a Strong Female Character. She’s calculating and brilliant and coolly detached; her no-strings-attached sexual relationships far outnumber her long-term romances, and all she needs to do to scare off a band of hooligans is step forward and clack her heel against the ground. Stella is more than a match for aforementioned murderer Paul Spector (Jamie Dornan) and deserves only the best partner, both in the field and off the clock. And she has one in Dr. Reed Smith (Archie Panjabi), the pathologist on the Spector case.

Throughout The Fall, there are allusions to Stella’s romantic past alongside the flirtations and affairs in which she takes part in the present day. She’s not one to be tied down, as she clearly demonstrates to one-night stand James Olson (Ben Peel), pretty face Tom Anderson (Colin Morgan, someone I previously recognized as “that guy from Merlin with the ears”), and Jim Burns (John Lynch), who cheated on his spouse with Stella during their previous acquaintance. Reed doesn’t threaten Stella’s single-and-happy status, but she clearly captures Stella’s attention as the detective comes back to her time and again for insight on the case and what makes a killer tick.

Having watched the entirety of The X-Files (including the absolutely abysmal ninth season, which I in no way recommend), I have a great deal of affection for Gillian Anderson. However, watching her play Dana Scully—just as calculating and brilliant as Stella, but substantially less detached and not nearly as frank about sexuality—made me twitchy and uncomfortable, largely because I was always worried about whether or not she’d make it through to the end of an episode. (Pay no mind to “Tithonus” or any other X-Files that implied she was immortal. I was able to ignore that due to the heavy dose of vulnerability Anderson injected into the character.) There’s never that concern with Stella, who’s more than capable of taking care of herself and, for the most part, keeping tabs on everyone around her—even Burns, who comes on to her when drunk and prompts her to punch him in the face. (If you choose not to watch The Fall, you should at least seek out this scene. It’s incredibly cathartic.) Whenever Reed rolls up on her motorcycle in her leather jacket, Stella’s there to meet her, take her through the crime scene, accompany her during the pathological exam, and treat her to a drink when it’s all over. In return, Reed becomes one of Stella’s only confidants as Spector continues to elude them.

It doesn’t feel forced, or even as though it’s been a long time coming, when the two of them kiss and toy with the idea of spending a night together late in the show’s second season. It’s just the next step in the natural progression of their relationship: keeping each other’s secrets, leaning on each other as the case hits closer to home than ever before (a friend of Reed’s is abducted by Spector after she does some non-confidential informing for the police), and going on what is, by all accounts, a date at a hotel bar.

Granted, it’s disappointing when Reed opts out for an overnight visit with Stella, and even worse when Stella takes up with fellow detective Anderson. But it’s immediately clear that he’s another dalliance, an insecure man uncomfortable with Stella’s devotion to her work and lack of commitment to any kind of exclusive relationship. By the close of the second season, it’s apparent that there isn’t much of a future in store for Stella and Tom—convenient, considering Reed’s still a crucial part of the investigation and on the case at whichever crime scene requires her analysis.

Any X-Files fan can attest that one of the most enjoyable things about the show, all mytharc episodes and in-jokes aside, was watching the push and pull between Scully and Mulder. And personally, I think Anderson is more responsible for this than David Duchovny. Duchovny was, at least in his younger years, affable and effortlessly charming, but Anderson’s appeal sneaks up on you. She’s not overtly sexy and she’s rarely flirtatious, but her sly sense of humor and razor-sharp intelligence make her a perfect verbal sparring partner for Mulder. Ultimately, Scully is simply a more captivating character.

I don’t find that this is the case with The Fall. Yes, Stella is captivating, but Reed is downright fascinating, far less of an open book than Mulder ever was. In addition to her pathology work, she’s a devoted mother, though we never learn about her children or whether or not a woman Can Really Have It All. We know nothing of her daughters’ father, and we’re never really sure exactly what Reed is doing off the clock. She’s intentionally mysterious, and Stella’s effort to break through that mystery is mesmerizing to watch. When they kiss, we see Reed vulnerable for the first time as Stella leads her to the elevator. (Unfortunately, they never get further than that. But let’s push that aside for a moment.) Other than the obvious, I like to think that Stella and Reed would kick back in Stella’s room with an EastEnders rerun and a bottle of whiskey, effectively taking a reprieve from the ongoing investigation. There’d be idle chitchat and a relaxed feeling that Stella so rarely experiences; if she does relax, we never see it. All she needs is Reed and her motorcycle to whisk her away. Is that so much to ask?

I’d be surprised if the writers didn’t revisit Stella and Reed’s chemistry and further explore it in the third and final season of The Fall. Panjabi herself has pinpointed the kiss she shared with Anderson as one of the reasons she left the The Good Wife:

“When I was kissing her, Allan Cubitt, the show’s creator and director, had to say, ‘Archie, can you hold back?’, because Gillian was supposed to take me by complete surprise. I didn’t think that I was very forward in [the scene], but obviously after a while a character starts to affect you. I thought, ‘Okay, I think it’s time to go now.’”

Granted, just because Panjabi is open to the possibilities of the character, that doesn’t mean it’s the path Cubitt and his writing staff will take. But judging from the number of GIFs of that one kiss you can find on Tumblr, if that does end up being the case, fans of the show will welcome it with open arms, myself included. 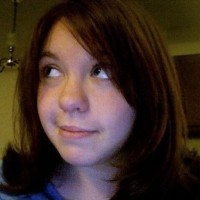