As Close To Evil As We Can Stand

I grew up secreted away from the world. My parents didn’t let us watch television or listen to top 40 stations and they rarely discussed current events. My siblings and I were homeschooled, leaving our house only for church, dance lessons and supervised outings to the park. We were to be in the world but not of it, as the Bible instructed—meaning that while we lived in the world, we were supposed to be separate from the evil that lay hidden in all things secular. But evil found us anyway.

I didn’t know there was a Gulf War until 2001, sitting in a high school history class. I copied the dates of both Gulf Wars in my notebook with blue sparkly pen. And thought, How did I miss that war? How did I miss so many people dying? That’s when, I remembered yellow ribbons wrapped around trees in our Dallas neighborhood.

“What are those for?” I asked my mom.

“For the soldiers who serve our country,” she said.

When I was nine, during our family Bible time, my dad said the word “prostitute” while reading the book of Ezekial.

“Someone who sells their body for money,” my mom answered.

I didn’t learn the real answer until high school, when I looked it the word up in a dictionary after hearing it thrown around in the halls.  “Your sister is a whore,” Dustin from the swim team yelled at me.

“No. She still has her arms,” I retorted.  Dustin shook his head and walked away.

It’s a funny story. I like to tell it at parties, when people want to know what it was like to grow up evangelical. And people laugh. But really, the story leaves me feeling vulnerable. There were so many things I didn’t know about at the time; so many real evils that surrounded my daily life, but instead I spent my time worrying about the unseen evils.

I was ten years old, ferreting through my father’s files in his office. I did this frequently, sifting through legal briefs and bills, looking for clues to his life outside ours. A life that involved leaving the house and working in a skyscraper in downtown Dallas that sometimes swayed in the wind. Usually I found receipts for restaurants with fancy-sounding names, or foreign coins from the countries he traveled to. This time, I found a newspaper clipping:

“A Delmar financial adviser who was disabled and suffering from hemophilia shot and killed his wife and stepson this weekend in a motel on Cape Cod before turning the gun on himself.”

The woman was my father’s cousin. The lone survivor of the attack was his cousin’s son, who would eventually go live with my great-aunt and uncle. I felt like I had fallen upon some hidden knowledge. Not just of the attack itself, but that something like that could happen so close to us. I slipped the article back among the papers and ran out of the office. It’s easier to worry about demons.

Ten years later, evil found us again, only this time it came closer. Someone in my family abused another member of my family. I can’t give more details than that. This time, I couldn’t pretend to hide the events under a stack of paper and run out the door—they are there with me at every moment, when I lie down, and when I wake up, when I eat Thanksgiving dinner and my mother sighs and says she wishes the “whole family” was here, when I hold my daughter’s hand in the parking lot, and lock the screen door because something inside me tells me that something will come in to my life again and this time it will be worse.

I plan out how evil will come. It will be a patch of ice that makes my husband’s car slip into a pole one wintry evening. It will be violence and alcohol when my daughter is 20. It will be a man with a knife coming in at night to take our TV and our lives, because he only values one of those things. When I am not being pressed for stories about princesses or staving off pregnancy heartburn, in those in-between moments, when I could be eating chocolate alone or scrubbing peanut butter off the floor, I storyboard out evil’s approach. I’ve made a list:

I see evil everywhere. It lurks in the walls of homes and in the eyes of the people I know and love. The first time a friend offered to change my daughter’s diaper, I got scared, shouted “No, thanks,” and snatched her away. Later, when my husband asked me why I had done that, I broke down crying.

“It’s the people you know who hurt you,” I told him. He doesn’t argue when I say that. He knows what I know and we are both a little afraid.

In order to grapple with my fears, I read about crime–fictional and non-fictional. I own books on the history of forensic science, and the psychology of witness testimony, I never miss an episode of Criminal Minds or 48 Hours, and I discuss the vintages of Law & Order episodes like some people discuss fine wines. There is nothing better than an aged, slightly musty Vincent D’Onofrio.

A 2011 study by researchers at the University of Nebraska-Lincoln found that people who watch non-fiction crime shows are more likely to believe that they will be the victim of a violent crime. And a 2010 article published in the inaugural issue of Social Psychological and Personality Science surmised that women watch crime shows in larger numbers partly in order to look for ways to protect themselves. While the authors of that article argue that women are looking for literal ways to protect themselves—use your car keys as a weapon, knee to the groin—I believe the knowledge that we look for is much more metaphorical. We come as close to evil as we can stand and try to control the darkness that we feel edging around us.

And as a woman that darkness is my daily reality. I know too many women who have been victims of assault, abuse, rape or incest. Statistically, that list has affected most of the women I meet, and some of the men, and I think about this whenever I smile and say, “Nice to meet you, my name is Lyz.”

In order to quell my fear, I roll in stories of evil like a dog in the mud—Jodie Arias, Casey Anthony, Mariska Hargitay, Nancy Grace. Yet most of those stories pull back before it gets too deep; we want our evil to make sense. Even Dexter follows a code. “The stories look,” as Milan Kundera wrote, “for evil to follow the laws of beauty, to make sense, to have reasons.” I organize evil and categorize it so I can contain it. Even though I know it’s fruitless, I make my lists of all the ways evil can enter my home:

If I name it. If I call it out. It can’t touch me. Because the evil that touches you is the evil you don’t know. So I touch it all.

I sometimes find myself telling people about what happened in my family and being met with uncomfortable silence. Once a friend told me I really ought to stop talking about it because it made people feel awkward.

“It makes me feel awkward, too,” I said.

“Well, just the same, you don’t have to shove it in everyone’s face,” she said. We don’t talk much anymore.

But I got her message and I hear it from others, in eye contact avoided and topics changed.

We want our evil, but we want it contained—to exist in this world but not be of our world, to be a distant “other,” not a relative at our Thanksgiving dinner. We want darkness, but not too much. Stories with no resolution, no jail time, no villain, no DNA evidence and an easy 50-minute wrap up, need to be canceled.  We force a balance of light and dark that keeps the darkness manageable. But the truth is we are always on the edge of spiraling into something awful.

At family occasions, we don’t mention the thing that happened. We don’t talk about it while we play cards. We dance around the subject even as we talk of others in similar situations. “That jerk should be in jail,” one of my family members will say about someone else who was accused of doing the same thing that ours did.

And yet, if pressed, they will admit that in our case the accused is not a jerk and should not be sent to jail.

And me, I make my lists of all the things that could push me over the edge: 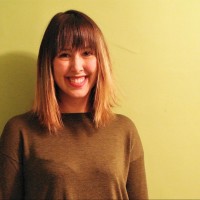 Lyz Lenz is a writer in Iowa. Her writing on history, faith, family and feminism has appeared in Jezebel, Pacific Standard, LitHub, The Washington Post, Aeon, and Broadly, among other places.