Until last year, Illinois operated a $20-million-a-year super maximum security prison (“Supermax”) in the remote southern city of Tamms. There were only two hundred inmates, making it one of the most expensive prisons per capita of any in the country. It was also among the few prisons to practice complete, utter social isolation. Inmates were kept in miniscule chambers with thick metal doors and plexiglass windows through which nearly no sound escaped, over twenty-three hours a day, every day of the year. The mother of one inmate infamously called the facility a “living human burial ground.”

I read about this prison in a Harper’s article. Soon, I began exchanging letters with prisoners, under the guidance of an organization that had been working to get the facility closed for over ten years.

The nation’s other super-maximum prisons include locations in Ohio, California, and Colorado. Most of these are still in operation, and the basic layout and procedures are essentially the same across the board. Inmates were kept in small, broom-closet-sized spaces that consisted of: a bed, sink, toilet, wall, and door with a slot. One wall was angled and cut into the space, creating a restrictive polygon. There was little room to pace. Food was passed through the door. No contact was allowed, period. Occasionally, inmates became violent just to provoke the intervention of staff; being tackled by guards and handcuffed was their only opportunity for human contact, they said in their letters. The rooms were otherwise eerily silent. The building was modeled after Guantánamo.

Roughly one half-hour per day was devoted to exercise, in a cage in the courtyard of the prison. This was done in absolute solitude as well. Prisoners were given no coats, and in the winter the wind and snow were often so oppressive that they declined to exercise. Many inmates developed diabetes and heart disease, or at least gained dozens of pounds, despite the often revolting quality of the food (this came up in many of the inmates’ letters; food was spoiled, some men were fed only Jell-O for days).

There were therapists on staff, of course. They did not meet with the inmates directly. While the therapists did, in fact, work on the premises, they operated through the prison’s mail system. Prisoners received packets asking about their mental state each day, which they scrawled with ramblings, cries for help, legitimate complains, smiley faces, and their own feces. The therapists received the packets by mail several days later and then sent their replies.

Usually, the inmates were told to pray.

I have seen some of these letters, too. One is a simple half-sheet of paper with a list of ‘feeling words.’ “How are you feeling today?” it asks. “Depressed,” the inmate has written.

The next question is “Why are you feeling that way?” to which the inmate responds, “Because I am in solitary confinement.”

The men kept busy by reading and re-reading the Bible, or other books. They paced. Some made artwork using M&M’s moistened with saliva; some befriended the spiders in their cells. They wrote letters thirty pages thick and sent them to every address they knew. The organization I was volunteering for sent them photographs, books, and Christmas cards. When I sent these packages, I used my own return address. For over a year afterward, I received mail from them, on a monthly basis, even from the men I never replied to. It has been two and a half years, and I still get the rare scrap of mail from one of them, and with it a desperate (if implied) plea for contact.

I was exchanging letters with a prisoner and he knew I had brown eyes. It jolted me at the time and made me feel watched. He had already recognized my address, as a native Chicagoan, and asked me about the state of nearby landmarks. He’d been locked up for many years and the depth and complexity of his memory was jarring. But guessing my eye color was too much. I wrote him to ask how he knew.

Months later, I realized he thought I was black. It was a not unusual assumption; he was black, as were most of the other inmates, and most of the volunteers who wrote letters to inmates were either family or friends.

Things that men were placed into isolation for: gang activity, sharing a cell with a gang member during a previous incarceration, depression, psychosis, throwing feces, fighting off attackers, complaining about the food, schizophrenia, suicide attempts, threats of violence, listlessness, and gang activity by relatives with whom they had no contact. Most of the inmates’ initial crimes were non-violent.

Some men were kept in their silent not-quite-boxes for five to ten years before being transferred, completing their sentence, or dying. Many died of pneumonia, heart attacks, starvation, malnutrition, suicide, and causes unknown. Families were frequently left in the dark, unable to contact their loved ones for weeks or months before learning they had been transferred or had passed away under strange circumstances. Many inmates were brutalized and starved, or fed only ancient, calcified pudding cups.

I sent them letters and photographs by request. I tried to get them magazine subscriptions. They wanted photos of Mecca, or of their wives. They wanted photographs of the ocean or of happy women with big asses. They requested magazines on chess, boxing, celebrities, sex, car parts, food, and literature. I tried to keep up but it was overwhelming. The requests were often backdated by months or even years.

The push to close Tamms Prison was finally gaining momentum, and the prison guard’s union was pushing back. The Supermax was essentially the only job creator in town, the lifeblood of the community, and its supporters tried to justify its existence by publishing disparaging and frightening information about the crimes of the men housed within it.

I made the mistake of reading about the mens’ crimes. Unlike most of the men in Tamms, who were, in fact non-violent offenders, one guy I read about had done something truly brutal. He’d jacked a car on an overpass; in the car was a young couple. He put a gun to the driver’s head and told the couple to share one last kiss. Then he shot them both.

I stopped writing to inmates after that.

For over a year, their letters sat in a milk crate next to my refrigerator. They smelled like prison, which smelled like the jail where I worked at the time, which smells like teeming hoards of unwashed men and spritzes of dispensary cologne. The letters piled up, too long and too indecipherable, too numerous and too incoherent for me to answer adequately. The pile grew each week until my resolve collapsed under it and I stopped reading. The failure shamed me. I threw them out. The men did not give up for a year, at least. I got a Christmas card from one man this year.

They have been freed, nominally. Tamms has been closed due to statewide budget cuts, and the inmates have been filtered into maximum security prisons and forced to adapt. The mass of violent people around them is overstimulating, and some have had heart attacks from the strain. They are happy to be free, but already a new despair is beginning to creep in.

Many cannot cope. After years of living in small, soundless boxes, they cannot integrate sensory information. They scream when they speak, because they are accustomed to living in soundproofed rooms. They cannot hear or feel textures properly. I have seen some of them enter rooms and run for the very back, take the farthest seat in the farthest corner. Their hands shake. Their eyes dart. These are the men who are the best-off, who have been released. The rest are locked up in Pontiac, Menard, Dixon. All of which are notoriously overcrowded.

These are some of their numbers. Each prisoner number has been changed, out of consideration for the innocent and near-innocent. But I have reams and reams more, along with their names, crimes, current locations, and prison addresses. I have the contents of their letters entered into a gigantic Excel spreadsheet with these other data points; long, furious, beautiful, and incoherent streams of prose are crammed into tiny computer cells, from which only a few characters are visible at a time. 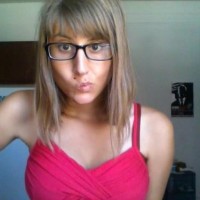 Erika D. Price is a social psychologist and writer of essays and short fiction living in Chicago, IL. Her work has appeared in Whiskeypaper, Literary Orphans, Essay Fiesta, The Paper Machete, and the Journal of Social and Experimental Social Psychology, among others. She writes at erikadprice.tumblr.com.