Scare Yourself Silly: Robert the Doll and the Uncanny Valley

Most recently in Scare Yourself Silly: The Himuro Mansion.

He is four years old when the doll comes to him.

It is a gift from his family’s maid, a girl from an exotic place called The Ba-ha-mas (the word means little to him; after all, he is very young). The doll is dressed in a sailor suit and carries a small toy of its own, a stuffed lion; its face bears an expression not unlike the jes-ters he has seen entertaining the kings and queens in his picture books. At 40 inches, it is nearly as tall as he is himself; it is stuffed with wool made from wood (excelsior, his parents tell him), and its hair seems to him as though it might be real.

He is fascinated by the doll, entranced by it – so much so that he gives it his own name. Or does the doll choose the name itself? He is unsure, but he would not be surprised to find that the doll had done it on its own.

He begins to carry it with him everywhere.

His parents, walking by his room, hear voices coming from behind the door.

One of them is unmistakably their son’s; the other, however, sounds… different. Whole conversations unfold as they listen, ears pressed furtively to the door – an exchange, an easy back-and-forth punctuated by the occasional giggle from the child. They cannot think who the second voice might be, and for a moment, they become alarmed.

But then they calm themselves. It must be the doll – or rather, it must be their son putting on a voice for the doll, giving it a personality all its own and interacting with it in the way that lonely children do. The fact that he is lonely does not bother them; all only children are lonely until they are old enough to go to school.

It must be the child speaking for the doll.

It could not possibly be the doll itself.

He awakes screaming in the night.

His parents rush into his bedroom to find him sitting upright in bed and the furniture overturned. He is unable to tell them what may have occurred; he does not know. He knows only that he is four years old and frightened.

His parents are unable to find an explanation for the furniture’s disarray; no child would have been able to move the heavy pieces himself. Besides, with the child’s bedroom located up in one of the house’s many turrets, surely they would have heard the dresser and chairs scraping across the floor from above… wouldn’t they?

The doll sits placidly in bed with him.

This becomes a commonly-heard refrain echoing through the walls of the house. The child’s toys disappear and resurface, mutilated. “Robert did it,” he says.

He insists that the doll be given a chair of its own at the dinner table; his parents rise for a moment and return to find the silverware scattered across the floor. “Robert did it.”

He flies into a rage, knocking over chairs and small objects.

The doll is moved to the attic.

The child grows up.

His parents pass on, and he inherits the house. His first action as a homeowner is to retrieve the doll from the attic and return it to its rightful place: The bedroom in which he spent his childhood. He becomes a painter; his work is displayed in the best galleries around town; he marries; he is happy.

But he notices that the children hurry past his home, never lingering, always moving on as quickly as they can. They refuse to glance in the windows and keep their heads down when they go by – when they go by at all. They seem to avoid his home when at all possible. He cannot fathom why; it is a beautiful house, well-kept, with an elegant porch and the distinctive turrets he loves so much.

He hears whispers around town. Passersby have witnessed… strange events. A small figure, the size of a four-year-old child, appearing in the windows of a house in which they know no children live. The figure vanishing. The figuring reappearing moments later – in a different window. They do not like to say what they think the figure may be, although they have their suspicions:

I’m not sure how I first stumbled upon the story of Robert the Doll; it likely occurred during a night of Wikipedia-hopping, a pastime to which I have lost more hours than I care to admit (although it has enabled me to shore up a store of weird and wacky trivia, so at least there’s that). Although Robert’s Wikipedia entry is relatively short, it was bizarre enough to inspire me to do a little more digging; I stupidly did said digging at night alone in my apartment – and no, I don’t know why I keep doing that to myself – but here are the facts:

Robert made his first appearance in Key West, Florida in 1904, when he was given to future painter Robert Eugene Otto by his family’s Bahamian maid. The four-year-old boy went by the name “Gene”; it’s believed he named his newfound friend “Robert” after himself. Some sources claim that the maid not only practiced black magic and voodoo, but also had it in for the family, implying that she cursed the doll before giving it to the child. However, I strongly suspect this little embellishment to be the result of racial prejudices of the time and therefore not quite true (something with which I’m sure Bahamians and actual practitioners of the religion of Vodun would agree).

Gene and Robert became inseparable. The child carried the doll with him everywhere; at the same time, reports of odd occurrences began filtering out of the big Victorian house in which the Ottos lived. All of the stories related earlier are true: Gene’s parents did hear their son carrying out full conversations with Robert; the child did at one point awake screaming in the middle ofthe night with the doll beside him and the furniture overturned; Gene did frequently blame broken things and temper tantrums on Robert; and passersby did claim to see Robert moving from window to window from the street – even after he was relegated to the attic. Gene’s wife, Annie, loathed the doll and attempted to shut him away a second time; rumor has it that she lost her mind and passed away as a result, although these claims are unsubstantiated.

After Gene passed away in 1974, the Otto home was purchased by a woman named Myrtle Reuter – and Robert came with it. She grew fond of the doll, even going so far as to take him with her when she moved six years later. Even so, she claimed he had a habit of moving around the house on his own; by 1994, she had apparently had enough of him and donated him to the Fort East Martello Museum. He’s on display there now, surrounded by a glass case. Electronics tend to malfunction in his presence, and if you’re going to photograph him, it’s best to ask his permission to do so first. Bad luck has been known to follow those who don’t.

Whether or not you believe the stories – I’m skeptical, but they make damn fine campfire tales, don’t they? – it’s hard to deny their draw. Dolls are pretty freaky all on their own, and when you add in the potential for them to have minds of their own… well, you get the idea. But why are dolls like Robert so creepy? It’s don’t think it’s just pediophobia; I think it taps into something more deeply rooted in psyches called the uncanny valley.

The concept was first presented by a Japanese roboticist named Masahiro Mori. In 1970 while a robotics professor at the Tokyo Institute of Technology, Mori published an article titled “Bukimi no Tani Genshō.” In an effort to explain why humans react the way they do to inanimate, human-shaped objects like robots, he put forth the idea of the uncanny valley: We feel an affinity for these objects as long as they are shaped like humans, but only to a point. When something looks so close to human as to be taken for real, only for us to discover that it’s actually an inanimate object – like a robot, a prosthetic limb, and so on – we can’t always deal with the shock, causing us to lose our affinity for the object. Objects for which we’ve lost our affinity drop into the uncanny valley, which means they start creeping us out.

Although Robert is neither a robot nor particularly lifelike, he seems to reside within the uncanny valley – especially when you bring movement into it. You see, stationary objects are one thing, but when they start to move? Hoo boy. This is why things like zombies sit all the way at the bottom of the uncanny valley on this handy dandy chart: If it’s not alive, it shouldn’t be moving… and yet it is. The same goes for Robert, who, according to the stories, is capable of moving all on his own. Even if you haven’t witnessed him doing it – or just don’t believe that he can – the mere idea is sufficiently creepy for most of us as to make our skin crawl.

Replicas of Robert are available for purchase, by the way; you can get one here if you wish to bring him into your home for a closer look.

But I wouldn’t recommend it.

Robert the Doll at the Fort East Martello Museum.

The Encyclopaedia of the Impossible: Robert the Doll. 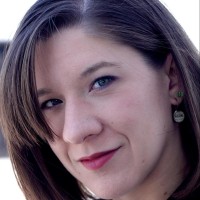