On March 5th, the Associated Press asked: “What are seemingly jet-propelled cats and birds doing in a 16th century German artillery manual?” It was a good question.

What the cats and the birds were doing was the same thing everything else in the manual was doing: being recommended by one Conrad Haas as instruments of war.

The sparse comments from the historian the AP interviewed were even more unsettling than rocket cats are already: “I really doubt this was ever put into practice, it seems like a really terrible idea.”

First: “I really doubt”? What is that? Like, isn’t the historian rule that you do history until you’re sure there aren’t rocket cats and then you talk to the AP after that?

And then second: the reason he assumes there are no German rocket cats is “it seems like a really terrible idea”? Isn’t “Is the idea not terrible?” a terrible idea for a diagnostic to figure out if a European History Person did an idea, much less a war person, much less a German war person?

European History People sent burning pigs stampeding toward their neighbors regularly and would put a rooster on trial for real actually with a lawyer and everything if someone said it laid an egg without a yolk. If someone like that was soberly strapping a rocket to a cat and you interrupted them in their cat-to-rocket-strapping-room they’d look up like “Yeah?” and they would have this big pinky white person expression on their face like it wasn’t even a little bit weird.

If we’d instead asked this University of Pennsylvania historian: “If we took a 14-year-old and gave it a job and then killed some of its friends and then let it near cats and gunpowder and then bored it and also gave its boss a picture-book saying they should try rocket cats and also p.s. they’re from a civilization that burned cats at the stake pretty much whenever and we have records of that and also it’s not one 14-year old it’s tens of thousands of them for hundreds of years do you think any of them ever put a rocket on a cat?” would the answer be different?

There are people living now who remember when Russia repeatedly put dogs in rockets, basically just because they figured Americans would think that was scary and Americans did vice versa, but with monkeys. This was not only at considerable cost to the tax base but without any wider fighting going on–as if they’d refined war to down to only rocket animals.

Although “Rocket cat” is fun to say–and all the papers that picked up the AP’s story said “rocket cat” too-and despite the illustrations and the fact all necessary ingredients for an actual rocket cat had been available to Germans since at least the fall of Constantinople (rockets having been used at the siege and cats having always been everywhere), military engineer Conrad Haas is actually advocating not rocket- but incendiary-vector- cats.

Create a small sack like a fire-arrow. If you would like to get at a town or castle, seek to obtain a cat from that place. And bind the sack to the back of the cat, ignite it, let it glow well and thereafter let the cat go, so it runs to the nearest castle or town, and out of fear it thinks to hide itself where it ends up in barn hay or straw it will be ignited.

In these days when it’s claimed that everything from Nobel Prize-winning literature to children’s television promotes a culture of violence without even knowing it, it’s refreshing to see a writer willing to give bad advice unambiguously and in the imperative mode. Go do this, says Haas: set things on fire and attach them to pets–it’ll work out well. ReTumbl that with your post-colonial analysis.

Returning to a strictly historical point of view: this cat-based German fire-murder strategy seems like a far more likely thing for people to have done than things they do all the time like going over to a fat three-times-as-big-as-you trampling monster and reaching under it and squeezing its lone four-nippled boob then taking what it squirts and letting it rot in with goo you scraped out of the stomach of a dead baby of one of them and then adding bacteria from the same genus that gives you strep throat and putting it in a ditch in a cave and waiting until it turns all yellow and feels like a hockey puck and then eating it.

Not only does Haas’ project, on paper, seem to have a lot more going for it than cheesemaking (his cat arson plan looks like it would kill people and is supposed to kill people whereas cheesemaking looks like it would kill people and gives you cheeses), his plan, unlike cheese, was invented after, or at least near, science. Haas could point to his disturbing incendiary cat and convincingly go: “I am a military veteran and here’s experiments suggesting it will work” whereas whoever thought mixing stomach parts, sour milk and the cousins of diseases together would give you something that would be good on crackers instead of disgusting poison was basically just a really lucky crazy guessing person.

And plus also by then the Persians had already used cats as living shields at the Battle of Pelusium and using birds to set the roofs of enemy cities on fire was also definitely already a thing according to a person I asked who has a history degree and plays Dungeons & Dragons a lot “I know Tamerlane did that and I can’t remember if Alexander did that or just stabbed dogs’.”

But even the full-on, actually manifested shot-through-the-air rocket cat is by no means out of the question–war, unlike most video games about it, does not actually continue until all on a side perish. Battles in the 16th century continued only until a significant proportion of either side realized that battles in the 16th century sucked and left. War is not concerned primarily with the diminishment and damaging of men–it is  concerned with the diminishment of their will. And cats are inimical to all human will, especially just after being shot in the air with rockets. Plus remember like 30% of war at that point was just freaking horses out.

Shooting only one cat at anyone is clearly pointless. What you’d want is a fusillade, a targeted fusillade–a show of overwhelming depravity and organization. (Though not of conspicuous consumption: cats outnumbered humans in the Holy Roman Empire four-to-one in the 16th

century and the fact that I just made that up should in no way obscure the reality that cats like to fuck and people can’t stop them.)

Picture it all: If you march long miles with sweating sores under iron clothes and then are told to charge and then there’s a dark froth on the far embankment erupting, caterwauling and then eating sudden streaks through all the light, sky and distance in front of you, and the battlefield is already a chaos and the air is already black before the devil-noise hysterical cats make multiplied fifty-fold begins to echo and announce a rain of blood and of animal parts–you might notice your battle was surrounded by a quieter Europe far greener and emptier than it is in our century and you might remember that the only way anybody keeps track of you is there’s a piece of paper that says “Klaus” somewhere and there isn’t a photo because that hasn’t been invented yet and there isn’t a drawing because who has time to draw some teenager who’s about to be impaled on a hoof outflung from a spastic knot of tumbling destriers and split pikes with half a warty manx hooking his eyelid across the rim of a pointless helmet? You just might remember and notice those things and leave–rendering the employers of rocket cats victorious and verifying the cat as being as efficacious as an agent of tactical demoralization as it had been as a living shield at the first battle of Pelusium.

If I met a rocket cat I would use a key (which I always carry) or scissors (if there were scissors) to slice away the things that held it in place on its rocket stick and I would lift it and I would hold it. I would try to calm it by stroking it–the middle finger down where the backbrain gives way to the fragile neck, and the fore and third fingers in those places between a cat’s ears where the skull under the skin waves like a manta ray, making room for ears. I would tell the rocket cat that it was ok and give it pickles. Well, I’d Google if it was ok to give a cat pickles and then give it pickles or pickled herring depending. I wouldn’t shoot it at anyone. But, then, I’m not war. 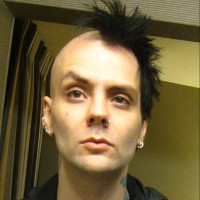