The 2013 Showtime television show Masters of Sex introduced viewers to William H. Masters (1915–2001) and Virginia E. Johnson (1925–2013), two of the best-known American sex researchers of the twentieth century. Current posters for the second season depict the actors playing the couple, Lizzie Caplan and Michael Sheen, staring intensely at the camera while curled around each other on rumpled sheets. The fictional Johnson is portrayed as a proto-feminist, sexually liberated heroine, while the real-life Johnson had a more complex scientific and personal history. Those in the past who put forward ideas that we value in the present are often not the people that we wish they were, or want them to be.

The show follows the narrative established by a 2009 biography of the same name. Johnson becomes Masters’ secretary in early 1957 as he embarks on a risky sex research project, they establish a technologically sophisticated laboratory, Johnson becomes an essential part of the research project, and they participate in the research by turning the laboratory’s machines and cameras on themselves. The first season ends with Masters presenting his research to a disgusted audience of his peer physicians, and before the triumphal publication of Human Sexual Response in 1966.

The show’s writers give Masters a rich backstory and motivations for why he has become the man he is: a now-dead, abusive father, a mother who turned a blind eye to her son’s suffering, an inner drive to become a path-breaking scientist, a low to nonexistent sperm count, and a total ignorance of women’s sexual desire and orgasm. Virginia Johnson’s motivations, on the other hand, are vague—she needs a job that pays well enough to support herself and her two young children, she wants to improve her medical knowledge, and she enjoys orgasmic sex. But the television show fails to address why and how she has become the person that she became, and why she chose to devote her life and career to sex research with a difficult and demanding man. Studying the life and work of the historical Johnson reveals a more complicated person than the fantasy woman portrayed on the television show. The historical Johnson pushed some boundaries of women’s scientific participation and authority and stayed firmly within others. And she directed her research at helping women improve their marriages and sex lives.

The fictional Johnson is a smart, capable woman whose distinguishing characteristic is her ability to separate sex from love. In the pilot, she tells Masters, “Women often confuse love with physical attraction….Women often think that sex and love are the same thing. They don’t have to be, they don’t even have to go together. Sex can be perfectly good on its own.” She again separates herself from other women in a sex history interview with Masters (which is heard as a voiceover after they begin sleeping together for the study): “I’ve always felt different from other women. Most women, they want love when they sleep with a man. But I’ve always been able to separate sex from love.” The fictional Johnson is adept at fulfilling the fantasies of Masters, her ex-husband Walter, and her sometime-boyfriend Ethan, and her own sex life is always satisfying. The real-life Johnson’s sex life was likely the opposite.

By the time that Johnson began work as Masters’ assistant, she had been divorced twice and had two small children. Johnson discussed her sex life with her husbands and other suitors only in broad terms with Thomas Maier, the author of the biography who is also one of the show’s producers. But reading between the lines of her interviews, it seems that much of the sex she had in her adult life existed apart from love, and that the sex she had with Masters was at the very least unpleasant, if not damaging or unwanted. In her biography, Johnson made clear that her initial sexual participation in Masters’ project was reluctant at best. “No, I was not comfortable with it, particularly….I didn’t want him at all, and had no interest in him….I was in an emergency situation” (Thomas Maier, Masters of Sex, p. 129.) Clearly, the sex that she had with Masters, at least at first, was not done out of love, but out of fear for her job. It was not a source of liberation or empowerment, much less pleasure, as it is for the fictional Johnson. Masters had the professional credentials, drive, and passion for discovery to move the sex research forward, but he had little of the friendliness and calming nature needed to convince strangers to have sex with each other, observed by the researchers, the technicians in the room, film cameras, and a variety of machines measuring their breath, heart rate, and blood pressure. Johnson’s kindness and warmth, with Masters and with their collaborators, made the research possible.

Sometime after that early unwelcome sex, Johnson decided to maintain their professional partnership by gradually strengthening their personal partnership. Johnson had other admirers and lovers throughout the 1960s, a St. Louis County Circuit Court judge most seriously among them, but did not marry them. She chose instead to marry Masters in 1971 after he divorced his first wife, Libby, in December 1970. The two of them later divorced in 1992, just as their research foundation was dissolving, and Masters—then in the early stages of dementia and Parkinson’s disease—met and married his high school sweetheart. Even though their personal lives were largely unhappy, their research partnership created, in its early years, scholarship on sexual physiology that set the groundwork for all of the anatomical and physiological sex research that has been done since.

Masters and Johnson’s first co-authored article, “The Sexual Response Cycle of the Human Female: Vaginal Lubrication,” was published in November 1959 in the Annals of the New York Academy of Sciences. In that article, they outlined the four-stage sexual response cycle that their machines had captured: excitement, plateau, orgasm, and resolution. They argued that the four stages of sexual response were physiologically the same for men and women, and they described the physical and physiological changes in men’s and women’s bodies as they moved through the four cycles. Their argument as to the meaning of this finding was clear, and hit the American public like a thunderbolt when it was published in Human Sexual Response: men’s and women’s bodies had the same capacities for orgasm. Many marriages had sexual dissatisfaction or dysfunction at their core, but such marital dysfunction could be resolved with equal attention to the husband’s and the wife’s pleasure.

They supported that argument with copious evidence from their own studies, and continued to publish research through the 1980s. Their 1979 book Homosexuality in Perspective, which argued at a peak of the gay liberation movement that homosexuality could be cured, precipitated their fall from grace as trustworthy sex experts. The Reproductive Biology Research Foundation, the business that they established to support their research and clinical practice after they dissolved ties with Washington University in January 1964, closed in 1994.

Before the establishment of the research foundation, however, they briefly entered the world of contraceptive research in a way that their biographer did not investigate. They published four articles describing research on non-hormonal contraception at the behest of the National Committee on Maternal Health. Using the laboratory and technology that they had developed for sex research in general—including the dildo-camera that recorded the motions of women’s vaginas and cervixes as they masturbated—they measured the efficacy and staying power of seven different spermicides. Women subjects were fitted with diaphragms, applied the foams, gels, or creams to their vaginas, and then masturbated with the dildo-camera to orgasm or had sex in multiple positions with their real-life partner. The women who masturbated with the camera had a sample of sperm (presumably their partner’s) inserted into their vaginas. Masters then measured the immobilization and killing of sperm over several hours after orgasm, determining which of the spermicides had the greatest coverage and effectiveness over time.

Those four articles, while ostensibly about the spermicides, also revealed the kinds of sex that women were having in the early 1960s while attempting to prevent pregnancy. They were having sex in a variety of positions, sex for longer than fifteen minutes, sex with “multiple mountings” (withdrawal and reinsertion of the penis), and anal sex along with vaginal sex. Those articles also show indirectly why the Pill—still unavailable to unmarried women at the time of publication—was so important: non-hormonal methods like spermicides and the diaphragm were not robust enough for most women’s sex lives. The Pill did not slide around or off, or wear off during long copulations; it was not messy or sticky like the spermicides; it did not require time for insertion with each use; and it was not dependent on men’s cooperation. But the non-hormonal methods were better than nothing, and they were available to women more easily in case a Pill prescription was not.

Those four articles on non-hormonal contraception are also unusual and valuable for our understanding of Johnson, because they are the only joint publications in which her name was listed first. There are no archival records of how they made that decision; perhaps it was because Masters did not consider them important or interesting. But it is also possible to see her first authorship as a sign that she did the bulk of the research and writing, and that we are reading more of her voice and perspective on women’s sexuality and reproduction and not his.

Masters and Johnson’s research findings on contraception and heterosexuality had broad applicability and interest, but their perspective on its meaning for feminism, the sexual revolution, and women in general was limited. Johnson went on record as decrying “lady liberationists” and “emancipated women,” the second-wave feminists who took her and Masters’ work on the physiology of orgasm in the direction of non-marital heterosexual and homosexual liberation (David Allyn, Make Love, Not War, p. 169.) But once the research was published, she no longer had control over how others thought about it or used it, and Human Sexual Response played a critical role in the sexual thought of second-wave feminists (Jane Gerhard, Desiring Revolution.)

Maybe the television show’s writers, producers, and directors are not very interested in Johnson’s inner life. But by reading Johnson’s own sex research, they could have gleaned her motivations for making sexual behavior her life’s work: she wanted to make her own contributions to contraceptive and sex research, and to study topics that would lead to the betterment of heterosexual marriage. She wanted to help married people build and sustain relationships based on mutual pleasure and love, to have honest conversations about reproduction, and to avoid relationships built on feelings of inadequacy, pain, and fear.

Johnson was not a proto-second wave feminist, even though such a narrative may play better on present-day television. She linked her career to a man who initially forced her into sex she did not want, but whose research career would have collapsed without her. She led research studies on contraception in the early 1960s, but the publication of Human Sexual Response overshadowed them. We do not know much about her inner life, but we know what she achieved and the circumstances in which she achieved them. And we know one thing for certain: she was a scientist. 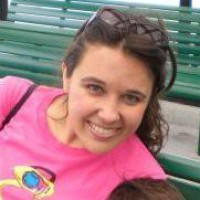 Donna J. Drucker is a guest professor at Technische Universität Darmstadt, Germany. She is the author of Machines of Sex Research (Springer, 2014) and The Classification of Sex (Pittsburgh, forthcoming 2014.)