How Do You Solve a Problem Like Cosmic Acceleration?

Prince once sang, “Orion’s arms are wide enough 2 hold us both 2gether.” While that may be true for lovers, it’s not true for the universe as a whole, which is actually expanding.

In the mid-’90s, we knew that the space between galaxies was constantly expanding, but it wasn’t until 1998 that two independent teams of astronomers found this rate of expansion was accelerating. That’s when the era of astrophysical research into the nature and causes of this cosmic acceleration began.

As an undergraduate researcher at Fermilab in the summer of 2000, I attended a memorable talk from Rocky Kolb about what this meant for our field. He said that we were very close to figuring out what everything in the universe was made of: a smidgen was the everyday stuff of atoms like what we see here on Earth; about a quarter was dark matter; and the remaining three-quarters was something called dark energy (which was the supposed cause of cosmic acceleration). So the problems were essentially solved…as soon as we figured out what dark matter and dark energy actually were.

In the sixteen years since that summer, though, we still haven’t solved either of these problems. With dark matter, the consensus is that we just have to look for and find it, whatever “it” is. Many people and projects are dedicated to the search. But with dark energy, we don’t even agree on what we are talking about. What was discovered in 1998, and has since been confirmed over and over by observations across the electromagnetic spectrum using a variety of astrophysical phenomena, is that the universe is not only expanding — its expansion is accelerating.

From studying a particular type of exploding star known as a Type Ia supernova, we know that this acceleration began fairly recently on cosmological time scales. We also know that the easiest way to explain the cause of this phenomenon in mathematical terms is to invoke something called the cosmological constant into the equation that governs the evolution of spacetime: Einstein’s theory of general relativity. In this scenario, cosmic acceleration is caused by a constant source of energy that is present even when spacetime is “empty.”

This is an unsatisfying solution for many of us, although theorists are not monolithic on this point. Ideally we should be able to calculate the cosmological constant from theoretical arguments in quantum physics and then compare it to the cosmic acceleration that we observe. But the value we calculate from quantum physics is much, much larger than the value needed to explain the acceleration we see. Some theorists think that instead of a cosmological constant, we are instead observing the effects of something dynamic, something that changes in time — i.e., “dark energy.”

This has led to some confusion between the cosmic acceleration problem (how to explain cosmic acceleration) and the dark energy problem (whether or not dark energy explains cosmic acceleration). This may seem like semantics to some, but as a theoretical physicist who spends a lot of time thinking about how to connect their ideas with those of experimentalists, I think it is critical. We must distinguish between the actual information we have about the universe and what we think it might be telling us. The universe doesn’t care what we think about how it should work. Our task is to figure out how it actually does work, regardless of our biases and preferences.

Indeed, there are ways of explaining cosmic acceleration other than dark energy. It could be a hint that Einstein’s theory of relativity is not correct on the very largest scales, where the acceleration affects spacetime. (There is a sizable community of researchers investigating this idea, termed “modified gravity.”) Or it could be that the cosmological constant is the cause, and the value is the way that it is because we wouldn’t be here without it. (This is often referred to as the anthropic principle and in some approaches it is intimately tied to string theory.) There are also more exotic solutions, like the one invented by my PhD co-advisor Niayesh Afshordi of the University of Waterloo and Perimeter Institute, which borrows from modified gravity and dark energy. As part of my PhD research, I studied how this approach would impact the formation of black holes, which is different than in the cosmological constant or more standard dark energy scenario.

The most exhilarating and the scariest thing about building new models to solve problems in theoretical physics is trying not to “break” what we already know about experimental physics in the process, thus rendering our theories useless. One must study not just how a given solution to the cosmic acceleration problem explains cosmic acceleration, but also what it does to the rest of the universe in the process.

The era of astrophysical research into the nature and causes of cosmic acceleration doesn’t appear to be ending anytime soon. As a first year graduate student in 2003, this caused me great anxiety. I would literally lose sleep over the lack of a completely satisfactory and testable solution to the cosmic acceleration problem. I’ve since accepted that this may take time and have pursued other exciting problems, but to tell the truth, this is one that is going to bug me until I or someone else solves it. I have faith, though, that one day we will do just that, and for now that’s what gets me through this thing called a scientific life. 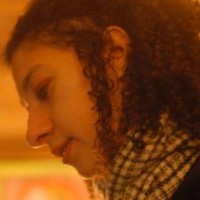 Dr. Chanda Prescod-Weinstein is a research associate in theoretical particle astro|physics in the Dark Universe Science Center and Department of Physics at the University of Washington, Seattle. She is also Editor in Chief of The Offing.