1.) I enjoy musical theater. (Someone should probably call Hugh Jackman and inform him that he is female.)

2.) I want to kiss other men. (Wanting to kiss women and people of other genders as well is irrelevant. The only people who want to kiss men are women. Full stop.)

3.) I don’t hate women. (Quickest way to get kicked out of any male bonding exercise–refuse to respond positively to the phrase, “Women, amirite?”)

4.) I write fanfiction. (Shakespeare based many of his plays on pre-existing works of fiction. Therefore, Shakespeare was a woman.)

1.) “Maybe if you’d had more strong female role models growing up, this wouldn’t have happened.” (On behalf of every woman in my family, every girl I befriended growing up, Sailor Moon, Buffy the Vampire Slayer, and the Two Princesses of Bamarre, may I say: fuck you.)

4.) “[laughter, disproportionate both in volume and duration]” – roommate

Actual Things Said To Me By Other Trans Men

1.) “Are you binding? You look so flat!” – said in a clearly audible stage-whisper, in front of a large group of strangers I had not come out to and had no intention of ever coming out to.

2.) “How long have you been on T?” – said by a person who I had literally just been introduced to. For the record, I have never been on T.

4.) “Are you trans? I could tell from your ears.” – referring to the closed-up piercing holes in my earlobes, after LGBT studies class, where I had stumbled in late, tripped over a desk, and had to explain to the professor in front of thirty other students, that while, yes, he should be marking [girl’s name] as present, I would like to be called Kenneth if at all possible, please. 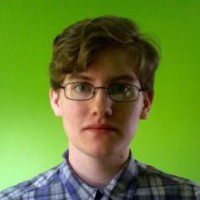 Kenneth Henry is a writer from Massachusetts. He likes the parts of Moby-Dick that aren't about the damn whale.