What Shonda Taught Me About Being a Woman

There’s one thing you should know about trans women if you don’t already. Because we weren’t raised as girls, we have a lot of catching up to do after transition. On top of this, many of us have issues socializing with cis women at the beginning, and cis women have issues with us. My solution to this problem was to watch a lot of TV to figure out how to be a woman.

Shonda Rhimes’ Grey’s Anatomy came along right after I transitioned, and it became my main template for how to behave as a woman on the planet. Like, I knew this wasn’t actually how the world worked, but the fact that Shonda’s world seemed *so* real made it feel like it could. I’m not ashamed to admit that my female personality has been hugely shaped by Shonda, and I’ve made some key life choices under her influence.

So in honor of the Grey’s / Scandal season finale, I came up with a list of Shonda lessons I’ve learned over the years.

Women of color are powerful and our opinions are just as valid as anyone else’s.

For many years, I’ve watched the decisions of women of color in Shondaland consistently affirmed, from Cristina Yang to Miranda Bailey in Grey’s, to Olivia Pope in Scandal and Annalise Keating in How to Get Away with Murder. Even though Asian women are seen as model minorities, there’s still the expectation that we do this through dedication rather than forthright leadership, and Cristina made me feel good about loudly asserting my opinions, even when the actual world I lived in failed to validate them. And watching Miranda, Callie, Annalise, and Shonda’s many other powerful women of color week after week normalized them in my eyes, so I became a lot more aware myself when I made prejudiced judgments about women like them in real life.

There’s nothing wrong with not wanting a baby, even if it means losing someone you love. When Cristina decided to have an abortion even if it meant losing Owen, it made me feel a lot better about my conscious choice to give up having biological children to transition. One of my major relationships ended because he eventually decided he wanted to have bio kids, and because I loved him, the situation made me feel deeply inadequate, as though my womanhood will never be complete. Having someone like Cristina on TV who’s strong enough to know she doesn’t want kids allowed me to recognize that I didn’t want them for myself in the first place, and someone I’m with needs to accept that.

A woman can be comfortable with her body even if society tells her she shouldn’t be. Of all the Shonda characters, I see this most with Callie and those wonderful moments when she dances in her underwear, at ease and comfortable in a body type that’s often portrayed in media as too fat for enjoyment. Media messages want me to feel self-conscious about my “boyish” build and my “man-shoulders” in Regina George parlance, but I remember Callie and find joy in the body I have. Also, one of Callie’s lovable complications is that she always seems surprised whenever someone finds her attractive. I see this not as her thinking she’s ugly, but her being a little shocked when other people break through all the cultural bullshit to see her hotness. That’s a dynamic I feel whenever a cis person who knows I’m trans hits on me. There’s always this part of my brain that goes, Really?, not because I don’t think I’m worth hitting on to myself, but because I know how people are constantly bombarded with messages that trans women are ugly and inferior. Watching Callie helps me get over my doubt.

Women shouldn’t be expected to make all the career sacrifices. Shonda has permanently overturned my ingrained assumption that when men and women in relationships both have good careers, it’s the woman who should make sacrifices when called upon. Recently with Derek choosing to give up his high-powered Washington job to go back to Seattle and Meredith, Shonda made the even bolder claim that men can make the sacrifice even if they’re more accomplished (maybe because society consistently boosts men in ways it doesn’t with women). Feminism is not just about women asserting themselves, it’s also men in relationships with those women being able to take a back seat.

There’s nothing wrong with having a partner who isn’t as “accomplished” as you. One of the consequences of having so many women in power in Shondaland is that they often have partners who are not as brilliant. Owen’s a great surgeon, but he’s not at the very top like Cristina. Sam Keating is a psychology professor, but he’s not at the best defense lawyer in town like Annalise. When I started dating after transition, I caught myself wanting to be with men who I thought of as better than me. I realized that men haven’t been conditioned to think this way, to rely on the merits of their partners to feed their egos (except maybe how hot they are). Over time, I grew out of that conditioning and seeing relationships on Grey’s where women are either equal or higher careerwise than men helped with that process. Recently, the guy I’m with now said something like, “I don’t think you’d mind if I became a house husband.” And you know what? He already does most of the cooking and cleaning so I really don’t.

Honor and acknowledge and help other women in need, on their own terms. I haven’t watched Private Practice as religiously as Shonda’s other shows, but I still remember the pilot where Violet stays with a woman through thick and thin as she obsessively counts tiles in a department store as a coping mechanism for her son’s death. I think about the type of dedication Shonda’s characters have when they’re helping others through tough times, and I try to do that with my friends, even when I don’t fully understand what they’re going through. This lesson has been especially useful as I help other trans women with all the shit we have to deal with.

Get what you want with confident words. I have to admit that I didn’t warm to Olivia Pope immediately; she felt too in control and idealized for me in the first season of Scandal. Though I’ve started watching again after Olivia got kidnapped this season and I’m glad I did because Scandal squarely confronted Olivia’s integrity as a black woman in the Ferguson-inspired plotline this season, and has also revealed more of her vulnerabilities. But one thing I’ve always admired about Olivia is her ability to use speech to get what she wants, to persuade and convince people that what she’s thinking is really the best course of action through her declamatory monologues. When I need to be convincing, I channel Olivia Pope.

Being vulnerable doesn’t mean you’re not also strong. Though I know Shonda didn’t create How to Get Away With Murder, I’d like to think she as executive producer had a say in that show’s portrayal of Annalise Keating, and most importantly the casting of Viola Davis, who I’ve loved ever since I saw her in Doubt on Broadway many years ago. Of all the Shondaland shows, HTGAWM goes furthest in portraying the vulnerability of an extremely powerful woman. The single moment that has encapsulated that has of course been when Annalise takes off her makeup and wig before confronting her husband about cheating on her with a girl who ended up dead. Davis has said it was her idea to take off her wig in the scene, a move that powerfully recalls black women’s historically fraught relationship with hair. But in episode after episode, Davis’s mercurial face manages to consistently convince me that being in control like Annalise isn’t incompatible with having many demons to battle and vulnerabilities to confront, which has helped me work through that paradox in myself.

You don’t have to be the hottest girl to get the hottest guy. This is a message that Shonda shows keep reinforcing, whether through Meredith and Derek, April and Avery, Annalise and Sam. Men in Shonda’s world tend to be the eye candy, and they tend to be portrayed as unattainable until they fall in love with women in her shows. This is dangerous territory because it might set up unrealistic expectations, but the effect of this for me has been that I’ve become more in tune with my internal attractions independent of conventional attractiveness, and have become more trusting of other people’s ability to do the same. So I’ve dated people who others would consider out of my league and possibly the other way around (even though lots of people would automatically disqualify trans women so we end up not belonging to any league). Because of Shonda, I’ve learned to be attracted to people for my own reasons and not because of what they look like to other people.

You don’t need a man to be happy and complete. I’m not sure if this is a lesson for everyone from Shonda’s shows, especially judging from the faction that’s saying they won’t watch Grey’s anymore because Derek’s gone. And Shonda has taken the brunt of the blame even though Patrick Dempsey has expressed dissatisfaction and boredom for years, so I suspect the decision to kill Derek off had a lot to do with him. But nevermind that. For those who expected a happy Meredith-Derek ending and might now boycott the show because there won’t be one, they would miss witnessing Shonda portray something even more important, a woman’s recovery after losing the love of her life. I myself lost a partner suddenly more than a decade ago and it was hell getting back on my feet. I wish I had Shonda then to give me insight into that experience, but I look forward to seeing how Meredith handles it, which I suspect would be how the series will eventually conclude. I realize that Derek being gone has ruined some people’s perfect ending, but this would mean a man is necessary to make life meaningful, which goes against everything Shonda has taught me. So I for one look forward to Grey’s Anatomy’s imperfect ending, whatever Shonda decides it will be. 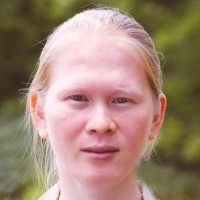 Meredith Talusan is a transgender feminist writer, artist, and advocate who contributes to The Guardian, VICE, Buzzfeed, Matter, i-D and other sundry places. She also quips on Twitter @1demerith.