“The Wife’s Resentment”: On Security in Marriage

on September 10, 2014 in Gentleman Scholar Sponsorship

When I came across recent debates about marriage and the security supposedly felt by married women versus her unmarried peers on my newsfeed, the oddest thought crept into my mind: how would the many literary married femme fatales I’ve read about this past year react to these discussions? After all, early narratives about these married women often depict the husband as a man who seems perfect at first but will later prove to be unfaithful or utterly useless in fulfilling his responsibility to his wife. What makes these narratives a comfort to read alongside my newsfeed has nothing to do with the husband getting what the femme fatale believed to be his just desserts. I think there is something to be said about fiction that may be centuries old, but can still offer incredible insight into current events, and these diabolical women and their stories are no exception. I began to recall lectures about early femme fatales and noticed that motive and cultural influence were almost always underlined as important factors to consider, whether in reading a piece of fiction or a real court case (1). Centuries later, this rule of thumb still applies.

It dawned on me that humanity has been both fascinated and appalled by violence for centuries—and if the countless shows like Criminal Minds and True Detective have anything to say about it—our thirst has only increased.  While these shows are addicting, this past year my curiosity has been held hostage by the titillating history and bodily narratives of Murderesses in British prose—specifically, women who are victims of unspeakable crimes without a prayer for justice. For the better part of the eighteenth and nineteenth centuries, servants of Divine law and civic duty demarcated the rare Murderess, denying her social representation and condemning her as inconceivably genderless and virtueless. As a budding Murderess scholar, I know these historic jezebels were hardly silenced by the foolish decision of the British courts to regard them as less than human. Like every story murder requires a narrative and emerging prose writers in the eighteenth century rose to the occasion. Among these authors was political satirist and rogue female spy Delariviere Manley, whose political endeavors and taste for scandal informed her biting critiques of sovereign rule during her lifetime.

What fascinates me is Manley’s particular portrayal of sexual political scandal of the discarded woman, which revealed the innate complexity of the femme fatale criminal mind. In one such allegorical short story, “The Wife’s Resentment,” (1720) Manley readapts a fifteenth century tale of a virtuous maiden she names Violenta and a virtueless knight, Seignior Roderigo. Because England forbade any artist from criticizing her majesty’s rule, Manley had to pen this 12-page manuscript as a pseudo deposition set in another country to avoid accusations of libel. In this limited space, Violenta’s narrative weaves in graphic detail a series of horrific events that indicts the public’s compassion towards the knight/play-boy as opposed to emphasizing the condemnation of the murderess. What also separates Manley’s piece from murderess court cases is her inclusion of a public confession that is all too hard to ignore by the Duke and the public:

“Think not, most noble Duke,” added she, “that I have given you this plain relation to move your pity and prolong my life; I could for ever have escaped your justice, if I had so intended! my purpose was to have my honor as publicly cleared as it was aspersed (emphasis mine); for a terror to all young virgins, how they receive the addresses of persons so greatly above them; and to warn them how they consent to a clandestine marriage, as I have done, by which I am this day brought to ruin. I hold myself unworthy to live, after being stained with blood; though that blood was shed to wash away my stain. So far am I from desiring life that I cannot endure to live. I beg death of your justice…”(2)

One could argue that Violenta’s crime doesn’t just represent the righteous, passionate anger of a God-fearing woman. Two sentences into her confession, Violenta holds the public partially accountable for Roderigo’s murder because of their tolerance of his debauchery and their monotonous gossip over her lost honor. In essence, her crime served as proportional response to her loss of public value and introduced a central problem with society: that value is ascribed to the wealthy play-boy because his appearance suggests eminent quality rather than ascribed to the virtuous woman because her appearance suggests poor stock. A problem, I’d like to add, that still exists today.

To emphasize this point, Violenta’s tale doesn’t begin with the virtuous maid but with a hyperbolic depiction of Valencia and their virtueless knight. On the one hand, Valencia prides itself on being the esteemed seat for justice, faith and humanity. But on the other hand, the public doesn’t reprimand Roderigo for his unseemly behavior. On the contrary, “he was [just] so handsome, so rich, and of such eminent quality, that he still found a favorable reception amongst the ladies; each one imagining that her charms were sufficient to make a convert of him.” Use to a welcoming invitation into any woman’s embrace, Roderigo is disarmed by Violenta and her unyielding withdraw from his pursuit. His violent passion for her that can only be characterized as stalking, even forces Violenta to alter the place and hour of prayer every day and cause her to threaten to enter into the cloister if he won’t give it a rest. Meanwhile, outside of the one agent who warns Roderigo from the very beginning that Violenta is “not for his Lordship’s turn […]; her wit was more commended than her beauty, for she could both read and write, in which she took extreme delight,” no one in this reclusive province comes to Violenta’s aid or condemns Roderigo and his attempts to secure her chastity.

He eventually concludes that Violenta can’t be bought or corrupted; therefore, his only option is to “debase his blood as to mingle by marriage with one of her low degree” and manipulate her devout nature to serve his lustful intention. Standing before a priest and five witnesses, including Violenta’s mother and her brothers, Violenta and Roderigo exchange vows in the dead of night. The morning after, Roderigo orders Violenta “to conceal our marriage; and pray be not displeased, if I am often from you in the daytime, but every night shall be yours.” He leaves his wife to defend herself against her neighbor’s scrutiny without disobeying his orders, which frees the public to openly torture her for Roderigo’s nightly presence in her bedroom. Eventually their contempt for Violenta overflows, compelling Roderigo to regard his secret wife as damaged goods. He takes the public’s disdain for Violenta as the perfect opportunity to sever ties with his wife by publically announcing his marriage to well-born Donna Aurelia, who is unaware of his bigamy.

From where I’m sitting, Violenta’s story is a centuries-old reply to contemporary conversations that openly suggest the cure-all for violence against women is a father and a husband when, in fact, having either one or both is no guarantee. Interestingly enough, Manley wrote Violenta as living in a single home with her mother, Donna Carmilla, and her brothers: all of whom desire to protect her from men, like Roderigo, who try to bate Violenta with their wealth of good looks and financial prospects. When Donna Carmilla is approached by Roderigo with an offer of a thousand ducats as a potential dowry for Violenta, she exclaims: “her house was no place to purchase virtue in, whose price was inestimable!” Would this declaration be any more effective if it had come from Violenta’s absent father? I’m not convinced that it would since not even God and virtue have any real effect on Roderigo’s decision to bed Violenta no matter the cost. His arrangement to marry her in secret is further proof that not even the sanctity of marriage  will protect Violenta from Roderigo’s cruel intentions; just as marriage doesn’t magically transform Roderigo into an honest man.

Once Violenta hears about Roderigo and Donna Aurelia, she believes that there is nothing to lose but so much to gain by transforming from a silent, publically disgraced victim into a monstrous instrument of God’s wrath in order to murder Roderigo. At the coming of dawn, she does not try to conceal what she has done but instead casts Roderigo’s mutilated body into the public square and announces that she may be responsible for killing him but it is Roderigo and Valencia who are responsible for his death. While I don’t readily condone violence and homicide as logical solutions to any problem, I can’t help but see something virtuous in Violenta and her request that justice be done to her and Roderigo according to sovereign law. The stain upon her virtue is cleansed and her reputation restored once the Court investigates her claims against Roderigo, and though she is ultimately sentenced to death, Violenta’s desire to serve as an example to all virgins greatly surpasses her natural life.

In re-reading “The Wife’s Resentment” in tandem with present-day marriage and female violence conversations, I realized Violenta’s tale is so much more than an exposé about sexual scandal in the eighteenth century. It also calls into question cultural influence on the definition and assignment of justice, virtue, and morality: a question still pondered by many today. And while Violenta does demand public execution for her crime, her story demands Valencia to reconsider its tolerance for men like Roderigo and, more importantly, the consequences of its tolerance that can perpetuate emotional and physical violence against women in generations to come. In other words, Violenta’s demands back then are not so different from my own right now.

1. Many thanks to my professor Dr. Kirsten Saxton for introducing me to the seductive history of the murderess in her class, The Fatal Woman. I am forever indebted to her exciting seminar on the femme fatale and her continuous support of my interest in this field of study.

2. Violenta, standing alone in front of the Duke and his magistrates, begins her confession, “Adding, that as [Roderigo] had deprived her of her reputation of honor, she had sought means to deprive him of his life; which she had effected by the assistance of her maid Ianthe, who, being filled with remorse, had drowned herself in the sea” (Manley, 12). It is not certain that Ianthe is, in fact, dead. 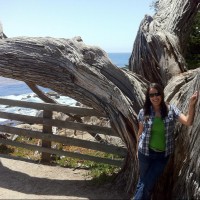 Madison Brewer spends the majority of the year at Mills College as a graduate student and teaching assistant. During school holidays, she ignores her textbooks to spend countless hours watching television or scouring the area for library book sales.